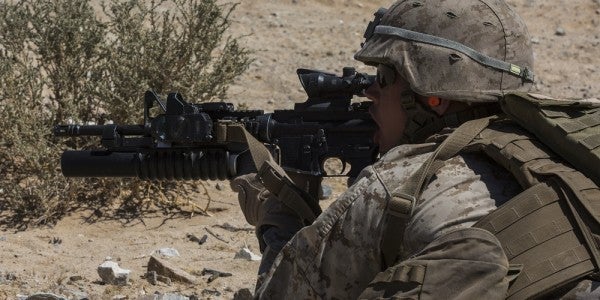 One of the Marines has been released from a local hospital while the other remains hospitalized in serious condition, a 1st Marine Division news release says.

“The two Marines are with 3rd Battalion, 4th Marines, stationed at Twentynine Palms,” 1st Marine Division spokesman 2nd Lt Samuel Banks said in an email. “They were conducting a maneuver under fire during the live-fire exercise when they sustained their injuries.”

The incident is under investigation. No further details about how the Marines were shot was available on Monday afternoon.

“Military training is an inherently dangerous task and the 1st Marine Division takes every precaution to ensure the safety of our training,” the news release says. “Our commitment is to ensure that our training is as safe as possible. The training we conduct ensures our readiness to respond to any task we are assigned.”