The Pentagon Is Finally Starting To Nix Boring Training Requirements

The military branches are cutting down on training time-sucks that keep troops from doing their actual jobs and preparing for... 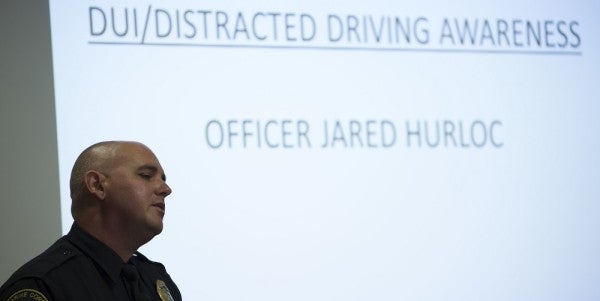 The military branches are cutting down on training time-sucks that keep troops from doing their actual jobs and preparing for the next war.

The Air Force announced on Thursday that it is eliminating two enlisted professional military education courses that airmen had to take online before attending the noncommissioned officer and senior NCO academies.

“The decision was based on feedback from the 2017 Enlisted Professional Military Education Triennial Review Committee, EPME working groups, and EPME students and instructors, Air Force spokeswoman Maj. Kathleen Atanasoff said in an email. “We have and will continue to look at ways to efficiently deliver training and education to our Airmen to meet our mission needs while also respecting their time.”

“The secretary of defense looked at me and said, ‘We are weighing our Marines and soldiers down with mandatory training on subjects that range from hygiene to how you drive a car. Let’s just focus on the number of things we are requiring our troops to do.’”

“It is this type of burdensome requirement that unnecessarily weighs down our Army from focusing on its core mission,” Army Secretary Mark Esper told Army Times.

“The secretary of defense looked at me and said, ‘We are weighing our Marines and soldiers down with mandatory training on subjects that range from hygiene to how you drive a car. Let’s just focus on the number of things we are requiring our troops to do,’” Wilkie said at an April 11 Association of the United States Army discussion.

Now, the military services are taking a hard look at all of the mandatory training that service members are required to undergo, said Wilkie, who added that every time he goes on Air Force reserve duty for two weeks, he always spends the first four-and-a-half days on the same mandatory training he completed the year before.

The Pentagon is also looking at how often service members have to perform duties that could be done by civilians, he said.

Instead of being “siphoned off with ancillary duties,” infantry soldiers and Marines should spend more time honing their combat skills at Twentynine Palms, California; Fort Irwin, California; and Fort Polk, Louisiana, said Wilkie, who is leading the Pentagon’s close combat lethality task force.

Toward that end, the task force is looking into revising the readiness reporting system to measures how much time during the duty week that infantry soldiers and Marines spend training in the field rather than on post details, said retired Army Maj. Gen. Robert Scales, chairman of an advisory board to the task force.

“One of the things that Secretary Mattis is most frustrated about is wasting soldiers’ and Marines’ time,” Scales said at the April 11 AUSA event. “That’s particularly true with infantry units, who are oftentimes seen as a utility infielders for post details. If your generator mechanic is on a post detail, your generators don’t get fixed and so the tendency is to give those missions to close combat soldiers.”

When Task & Purpose asked Wilkie how the Pentagon could cause a cultural shift that would free troops from such distractions, he replied: “Calling commanders to task for not ensuring that their troops are spending enough time training to fight.”