The top Pentagon watchdog has announced it would be investigating all deaths of recruits during initial military training over the... 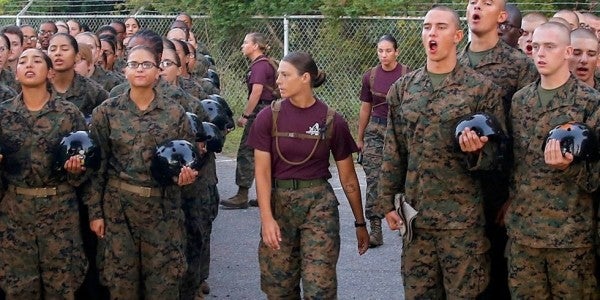 The top Pentagon watchdog has announced it would be investigating all deaths of recruits during initial military training over the past five years, the agency said in a statement last week.

While its original objective of looking into the medical resources available to recruits would remain the same, the IG said it would now also review all deaths of recruits at military basic training facilities between Jan. 1, 2015 and Dec. 31, 2019.

The move comes in the wake of several deaths at basic training facilities over the past year. In April, the Navy announced a safety review after two prospective sailors died at its recruit training facility in Great Lakes, Illinois. Seaman Recruit Kelsey Nobles died after a fitness test that month; Seaman Recruit Kierra Evans also died after the run portion of the fitness test.

In September, an 18-year-old soldier died following a “medical emergency” before a training drill at Fort Jackson, S.C.

Meanwhile, the Marine Corps has disciplined more than 20 Marines over misconduct at its San Diego boot camp since 2017, according to The Washington Post. The action came in the wake of a scandal involving the death of a 20-year-old Muslim recruit named Raheel Siddiqui, who fell 40 feet to his death at the Parris Island training facility, where he and other Muslims were targeted for abuse by their drill instructor (the instructor was later sentenced to 10 years in prison at court-martial).

According to the IG, Pentagon investigators will visit all DoD recruit training facilities and interview personnel from each service's education and training commands. They will also speak with personnel at military medical facilities, the Defense Health Agency, and those assigned at the Military Entrance Processing Command, which does the initial intake for civilians going into military service.