The Marines have fired the commander of a battalion based at Camp Lejeune, North Carolina, Corps officials announced on Saturday.... 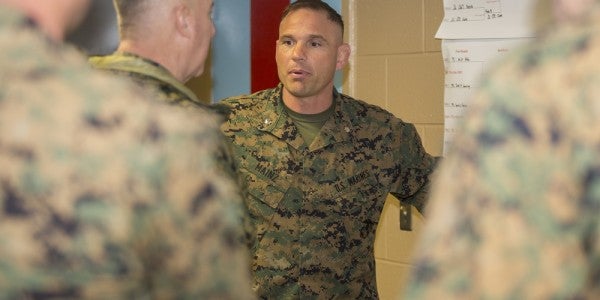 The Marines have fired the commander of a battalion based at Camp Lejeune, North Carolina, Corps officials announced on Saturday.

Lt. Col. Marcus J. Mainz was relieved of his duties as commander of Battalion Landing Team 2nd Battalion, 6th Marines on Saturday due to “a loss of trust and confidence in his ability to lead,” a news release from II Marine Expeditionary Force says.

A II MEF spokesman declined to elaborate on why Mainz was fired, nor could he confirm if the lieutenant colonel is facing any charges.

Mainz has been assigned administrative duties within II MEF. He assumed command of the battalion on June 28, 2016.