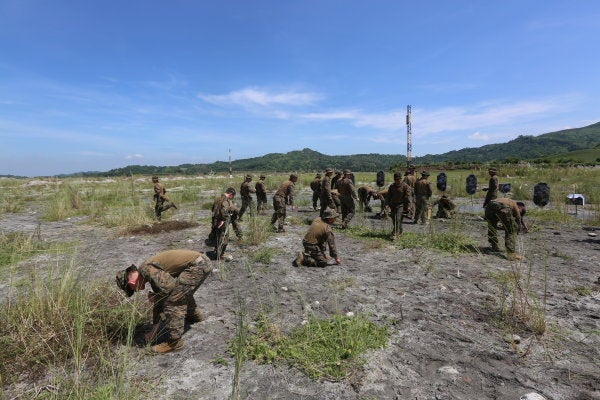 A Marine infantry battalion at Camp Lejeune is currently searching for two rifles that have gone missing in a training area, according to an official with the 2nd Marine Division.

“We can confirm that there are two unaccounted for rifles,” said 1st Lt. Dan Linfante, a spokesman for 2nd Marine Division. “Marines are, and have been, actively searching for these weapons, which went missing in a training area aboard Camp Lejeune.”

Linfante declined to answer further questions on what kind of rifles were lost, citing an active investigation by the Naval Criminal Investigative Service. Still, Linfante did say the unit currently searching was 3rd Battalion, 6th Marine Regiment, an infantry battalion comprised of roughly 800 Marines and sailors.

Are you in 3/6 and want to share your story? Reach out and let us know more.

Rumors posted on social media said the Marines of 3/6 were being denied leave for the holidays if the rifles were not found. Linfante, however, told Task & Purpose that rumor was completely false.

“This is not a factor,” Linfante told Task & Purpose. “They will not be denied leave because of this incident.”

Linfante directed further questions to NCIS, which did not immediately respond to a request for comment.

“Accountability is key – and trained to often – in 2d Marine Division,” Linfante said. “We take incidents like this very seriously.”