"We intend to fully investigate this allegation," 1st Lt. Joe Wright said. "If substantiated, the subject Marine will be held fully accountable." 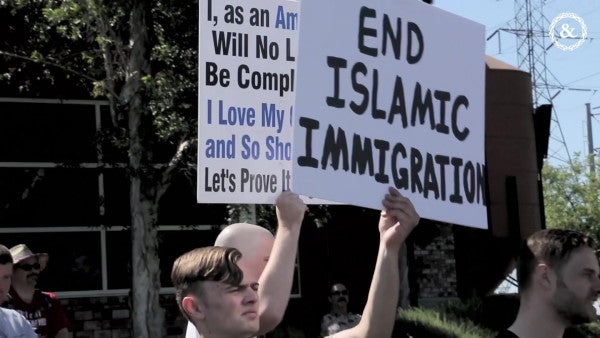 The Marine Corps will investigate whether another Marine has ties to a white supremacist group after he allegedly made racist comments on neo Nazi message boards that have since been taken down, according to a Marine Corps official.

Vice News reporters Tess Owen and Tim Hume first reported on Nov. 8 that at least three people who posted on the new defunct Iron March message boards were service members, but their story did not include any of the troops' names.

Newsweek reporters James LaPorta and Asher Stockler were able to independently confirm the identity of one of those service members as an active-duty Marine: Lance Corporal Liam J. Collins, an 0311 Rifleman assigned to 1st Battalion, 2nd Marines at Camp Lejeune, North Carolina.

Collins allegedly made 21 anonymous posts Iron March, which was deactivated in November 2017, Newsweek reported. The message boards' database was leaked online last week, with messages purportedly showing that several members claimed to be serving in the U.S. military.

Newsweek was able to glean Collins' identify from information in his alleged posts, including one that linked to his Facebook page, which he has since taken down, LaPorta and Stockler reported.

The user whom Newsweek identified as Collins allegedly referred to the Marine Corps as the “whitest branch,” derided Army bases such as Fort Bragg, North Carolina, as “infested with N*****s,” and spoke about becoming a private security contractor or “creating a Paramilitary” after leaving the Corps, according to the two reporters.

A 2nd Marine Division spokesman issued a statement on Nov. 8 indicating that the command would look into whether Collins made the racist comments on the Iron March message boards.

“We intend to fully investigate this allegation,” 1st Lt. Joe Wright said. “If substantiated, the subject Marine will be held fully accountable.”

Wright did not respond to phone calls and emails on Tuesday asking whether such an investigation into Collins was already underway.

The Naval Criminal Investigative Service is looking into the matter but has not yet officially opened an investigation into Collins, NCIS spokesman Jeff Houston told Task & Purpose.

Task & Purpose was also unable to reach Collins on Tuesday.

The Twitter user also shared a picture showing a man resembling Maher standing next to white supremacist Richard Spencer at a Nazi rally, but Task & Purpose has been unable to confirm that Maher is the person shown in the image.

Marine Corps officials have so far declined to provide Maher's charge sheet, nor have they even described the charges, breaking from Navy military justice regulations, which instruct public affairs officers to reveal “the general nature of the offense(s) (i.e. Article 82 – Absence without leave) of which individuals are accused, or suspected of, for scheduled investigations or proceedings.” The information should be released, the document states, “in order to facilitate awareness” and “instill trust” and access in the military justice system.