The Marine Corps "does not tolerate racist, sexist, or homophobic behavior," a spokesperson said. 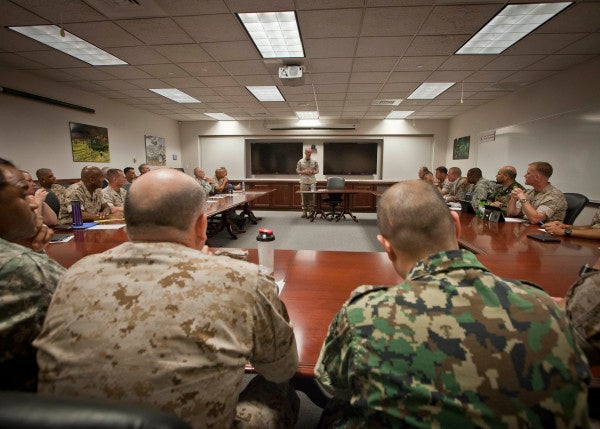 The Marine Corps has quietly cut ties with Blake Neff, a former top writer for conservative television host Tucker Carlson, after a number of racist and sexist online postings secretly written by Neff were uncovered by CNN.

Neff, 29, who resigned Friday from his role at Fox News' Tucker Carlson Tonight, was “immediately removed” from a list of experts helping to support war gaming exercises at the Marine Corps War College, an official told Task & Purpose on Thursday after being asked about Neff's ties to the Marine Corps.

Neff had been a “wargaming subject matter expert” for the college since Oct. 2016, the official said, and had taken part in wargaming exercises with Marines more than a dozen times.

“We recently learned that a wargaming expert who had previously provided support to the Marine Corps War College was responsible for racist social media posts,” said Capt. Monica Witt, a Marine spokeswoman.

“We immediately removed Mr. Neff from the list of experts who support our educational wargaming program. Mr. Neff’s language and behavior do not represent Marine Corps University or the United States Marine Corps.”

Neff had used a pseudonym to post racist, sexist, homophobic, and misogynist remarks to an online forum for the past five years, according to CNN, which Fox News leaders later condemned as “horrific.”

The Marine Corps “does not tolerate racist, sexist, or homophobic behavior,” Witt said.

Carlson briefly addressed the controversy on his show Monday, denouncing Neff's past comments before saying he would be absent the rest of the week for a “long-planned” fishing vacation, The Washington Post reported.

It remains unclear exactly how or why Neff was brought in to help at the War College, though an employee for Marine Corps University, which oversees the college and other schools, told Task & Purpose on condition of anonymity that it was common for professional military institutions to bring in outside speakers or advisors such as Neff.

“They were known in the gaming community,” the employee said, “[as] noted experts in historical military games that focus on strategic-level decision making.”

Witt declined to answer questions about Neff's qualifications or who hired him.

Though he was never officially an employee, Neff was paid a total of $14,000 from a pool of money reserved for outside experts and guest speakers.

“Each honorarium request receives a substantive legal and fiscal review prior to approval,” said Witt. “Mr. Neff’s role was simply to support wargaming. He did not teach or instruct students on military history or strategy.”

According to the university employee, Neff was among a number of people brought in to help facilitate wargames with War College students, usually colonels and lieutenant colonels.

In a typical wargame exercise, the college would have about 30 officers broken into six groups, where they would huddle around a board and fight out the next global conflict.

Neff served as a “rules adviser and overseer” during the simulations, according to a post under his name written on an online forum called Board Game Geek.

Neff did not respond to questions from Task & Purpose.