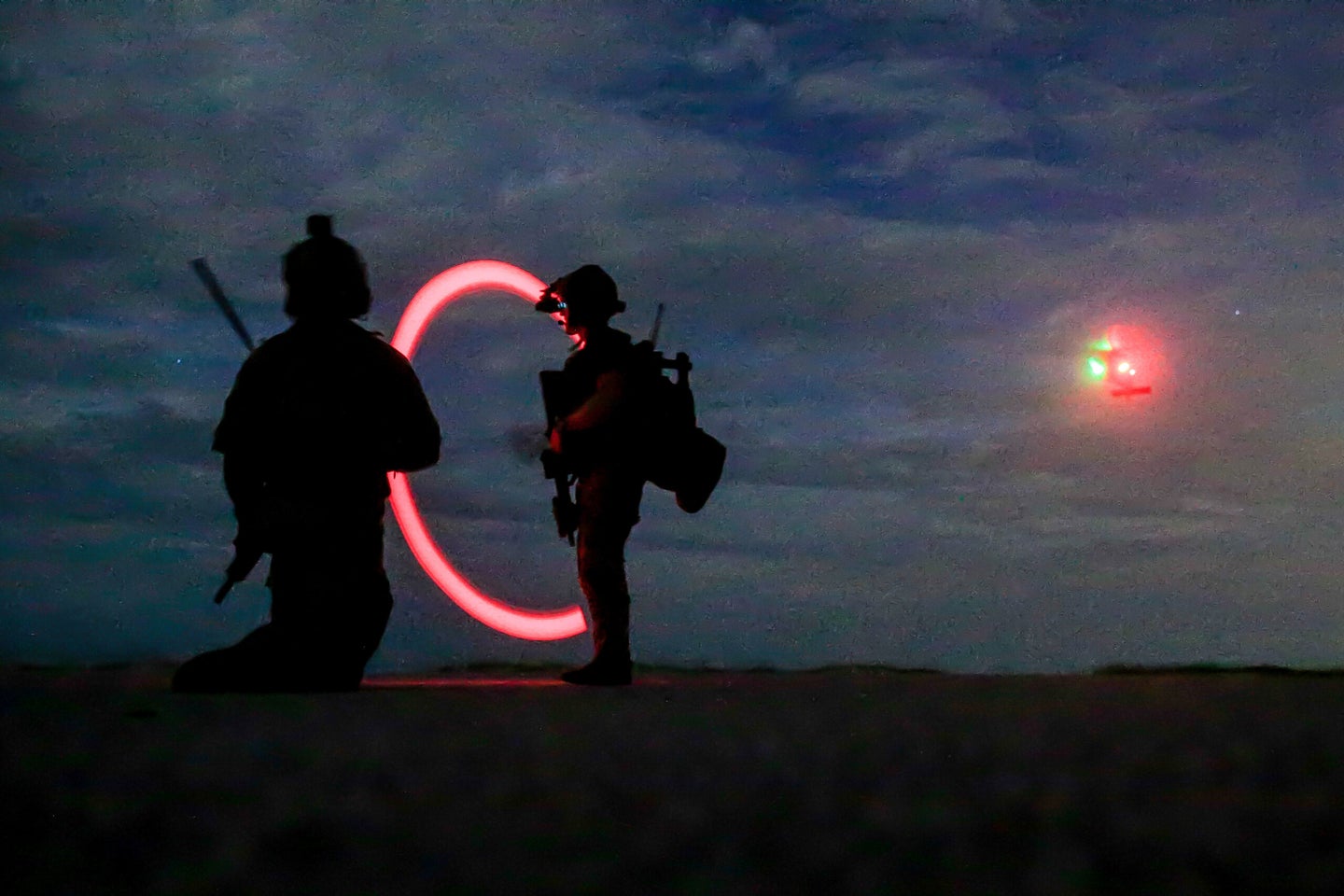 On Friday night, the official Twitter account for the 3rd Special Forces Group (Airborne) did something relatively innocent: it posted a photo of a pair of Army special forces soldiers conducting night operations.

But this particular tweet went especially viral for all the wrong reasons: it garnered outsized attention from devotees to the QAnon conspiracy theory who saw a secret message hidden within.

I can't even begin to explain the batshit insane intricacies of the QAnon phenomenon, but the gist of it is this: President Donald Trump is secretly waging a campaign against a global network of elite pedophiles while a “storm” of revelations about the nefarious role of Democrats and deep state operatives in undermining the United States is on the horizon — all of which is becoming public knowledge thanks to a gaggle of keyboard detectives following the “bread crumbs” of intel from “Q,” an anonymous poster who claims high-level security clearance and prophetic insights into America's coming apocalypse.

Here's a small sample of folks who thought they saw a sign from 'Q' in the 3rd SFG (A)'s tweet:

Is that supposed to be Q?

GOD bless and protect you all and thank Q for your service Patriots!

The entire QAnon phenomenon isn't just a harebrained internet fable. Adherents have shown up in force at Trump rallies in recent months, and terrorism experts even see the movement as a threat to national security, according to a new report from West Point’s Combating Terrorism Center that places the conspiracy theory in the context of the recent rise of violent domestic extremists in the United States.

“QAnon … represents a militant and anti-establishment ideology rooted in an apocalyptic desire to destroy the existing, corrupt world to usher in a promised golden age,” the report says. “This position finds resonance with other far-right extremist movements, such as the various militant, anti-government, white nationalist, and neo-Nazi extremist organizations across the United States.”

But here's the thing: while QAnon fanatics may see 'Q' everywhere, sometimes a photo is just a photo. When reached for comment, a 3rd SFG(A) PAO direct Task & Purpose to this response to the outpouring of conspiracy theorists on Twitter:

It’s not a Q. It is in fact a complete circle partially hidden by a Soldier. I know, because I am the public affairs officer in charge of this account.

There you have it, folks. When the 'storm' does arrive, don't expect the 3rd SFG(A) to be on your side.