That's gonna be a yikes from me, dawg. 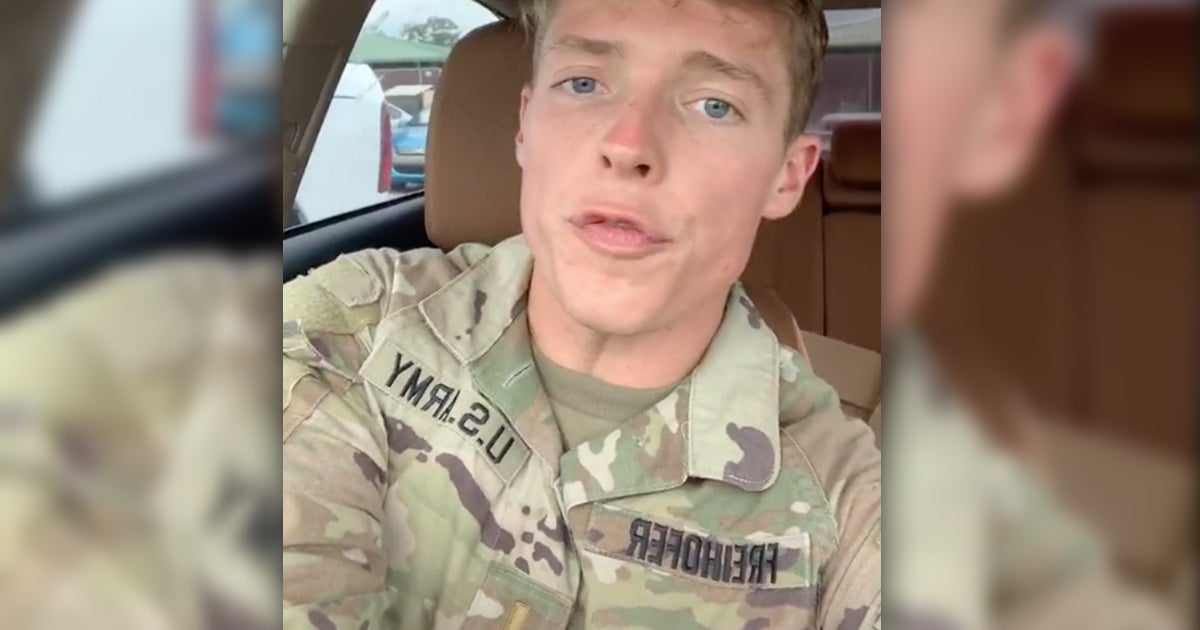 An Army lieutenant is in some deep shit after posting a TikTok video in which he joked about the Holocaust.

2nd Lt. Nathan Freihofer, a field artillery officer with nearly three million followers on social media site TikTok, has been suspended after posting a video that has since been deleted in which he asks what a “Jewish person's favorite Pokemon character is,” and answers: “Ash.”

“Hey if you get offended, get the f–k out,” Freihofer says after laughing. “It's a joke.”

“If you get offended, get the fuck out because it’s a joke,” he says.

May be contrary to Army's “Think, Type, Post” social media policy, but hey what do I know pic.twitter.com/TpkLr1xhPt

Col. Joe Buccino, a spokesman for the 18th Airborne Corps, confirmed to Task & Purpose that Freihofer is indeed a soldier within the corps.

“The command is taking immediate action looking into this,” Buccino said. “We’ve already had several discussions about this with the highest levels of 18th Airborne Corps.”

The 3rd Infantry Division said on Twitter that the statements in the video “are not indicative of the values we live by, and there is no place for racism or bigotry in our Army or our country,” adding that the soldier — though they don't name him — has been suspended “of any and all leadership authorities effective immediately.”

Michael Grinston, the sergeant major of the Army, said Monday the video was “completely unacceptable. On social media or not, racist jokes are racist. Period.”

Newly updated Army regulations say that soldiers are “responsible for content they publish on all personal and public internet domains to include social media sites, blogs, and other websites.”

“When using electronic communication devices, Army personnel should apply 'Think, Type, and Post,'” the latest Army Command Policy says. “'Think' about the message being communicated and who could potentially view it; 'Type' a communication that is consistent with Army values; and 'Post' only those messages that demonstrate dignity and respect for self and others.”

The video quickly took off on social media after being shared on Twitter, even drawing criticism from the Auschwitz Memorial, which asked if Freihofer would “look into the eyes of Survivors liberated by @USArmy and tell them this?”

The Holocaust resulted in the death of at least six million Jewish people, according to the U.S. Holocaust Memorial Museum.

Last year, the Army banned soldiers from using TikTok on government phones because of security risks.

While the video in question isn't posted in uniform, Freihofer has several other videos on his TikTok page that are in uniform. Since the video has gone viral, he's added to his bio that his videos “do not represent the US Army.”

Freihofer did not immediately respond to a request for comment from Task & Purpose.