His 1st Sergeant probably needed therapy after this one. 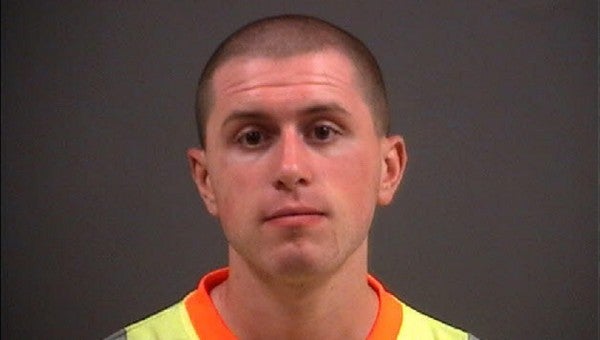 So you’re riding along in the back of a Uber at the end of a long day of heavy drinking, but your driver tells you there’s a problem and he needs to pull over for a moment to restart the transaction on his cellphone.

Naturally, your response is to reach past the center console, put him into a chokehold while he’s driving 65 miles per hour. Then once the driver makes an abrupt stop, you release him and then exit the car. At which point, you run off into the woods, pass out, and get arrested the next morning as you try to flag down drivers on the interstate for a ride.

At least, that was the response of Maxwell Sweeney, a Marine stationed at Fort Lee, Virginia, in late April last year after a day of getting utterly trashed, because why the fuck not?

According to the Richmond Times Dispatch, it all started when Sweeney and a friend, who was not involved in the attack, were in the back of an Uber on April 24, 2016, and they asked to be driven to another destination. When their driver Rene Ernesto Sanchez Espinozo went to update Uber, it didn’t go through because someone else was paying for the fare and declined the new charges.

Related: 5 Times Service Members Made The News For Doing Something Hilariously Stupid »

That’s when Espinozo told Sweeney and his friend he’d have to pull over and they’d need to start a new transaction. Then, all hell broke loose as Sweeney attacked him while they were cruising along the road.

When Sweeney was arrested the next morning, he told the police that he couldn’t recall “anything” after roughly 3:30 p.m. the day before.

If this story doesn’t sound bizarre enough already, there’s more to it.

Sweeney managed to dodge a felony record and jail time when a judge convicted Sweeney of misdemeanor assault and misdemeanor vandalism, reports the Richmond Times Dispatch. Since the Marine Corps had already kicked Sweeney out with an other-than-honorable discharge, the judge likened that to a felony conviction, and went for the lesser criminal punishment. Instead of jail time, Sweeney may face probation. He was also ordered to cough up $2,246 in restitution to the driver, who was a former police officer and bodyguard.

Considering how hard the book normally gets thrown at Marines for any infraction — from serious shit like driving drunk or assault to significantly less severe infractions like drinking underage — it’s a bit nuts that this played out the way it did.

I’m trying to imagine the deluge of profanity that came pouring out of Sweeney’s first sergeant’s mouth when he read the blotter the day after, but in reality, his reaction was probably more like this.