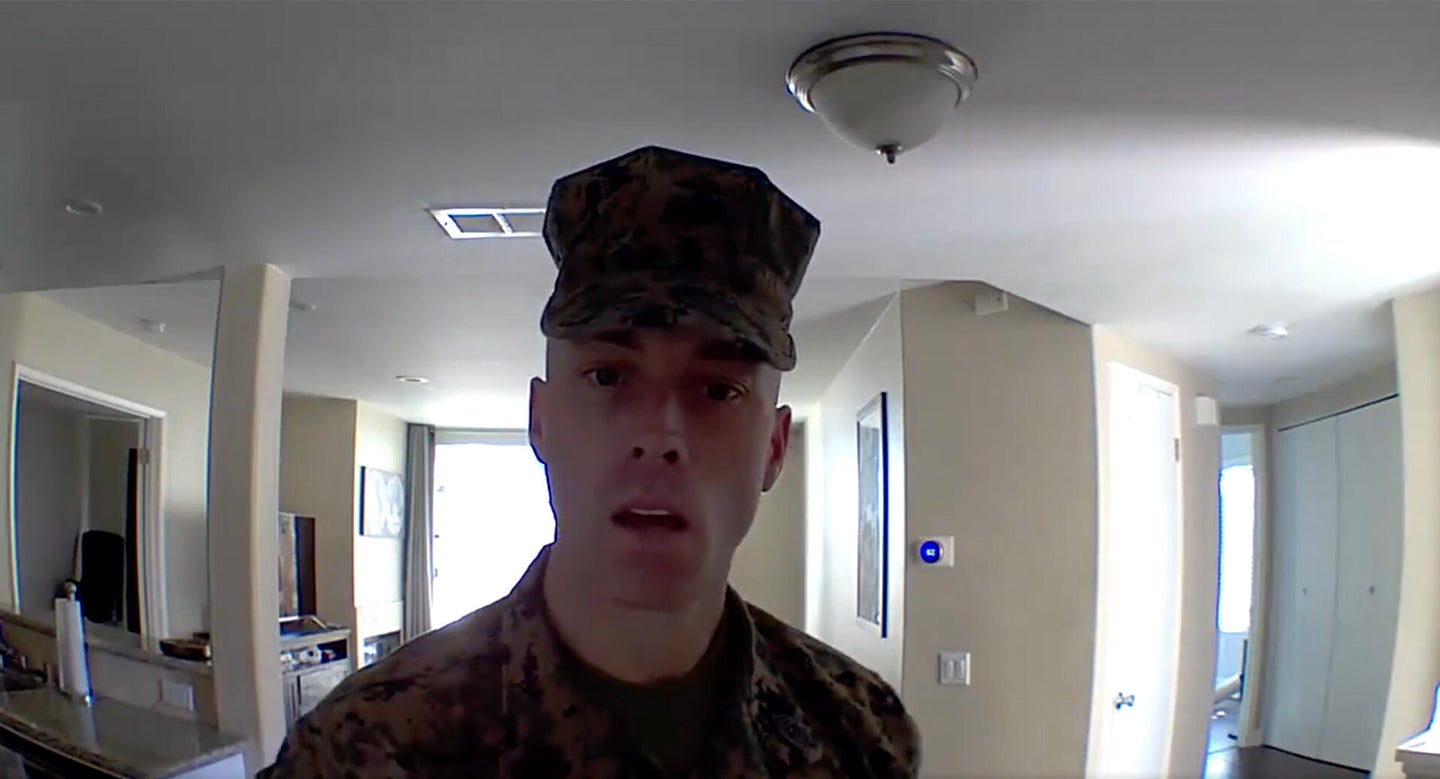 A Marine sergeant major accused of searching a subordinates’ home without permission has been quietly relieved just months before his scheduled retirement, according to a Marine Corps spokesman.

“Sgt. Maj. [Christian] Bull was relieved due to the loss of confidence in his ability to lead,” Lim said. “It is a necessity to enforce standards and expectations and to ensure that 3rd Marine Aircraft Wing provides strong and effective leadership to promote operational excellence, trust, and combat readiness.”

The unit refused to provide any specific information about why Bull was fired, but Task & Purpose has learned he was relieved after he was told not to discuss the matter and his inability to communicate with Marines made his position as a senior enlisted leader untenable.

Bull, who was serving as the squadron sergeant major for Marine Fighter Attack Training Squadron 101, conducted a wellness check on then-Marine Sgt. Juan Gamez-Alzate on Oct. 16, 2020. Gamez-Alzate was not at Marine Corps Air Station Miramar, California, at the time because he had been arrested the prior day in Georgia during an unauthorized absence.

In April, Gamez-Alzate tweeted a video showing Bull inside his off-base residence and claimed that the sergeant major was “trespassing” at the time because he had notified the command that he was being detained in Georgia.

Maj. Alex Lim, a spokesman for the 3rd Marine Aircraft Wing, has disputed Gamez-Alzate’s account, saying that Bull had no idea where Gamez-Alzate was.

But even though there are no indications that Bull did anything wrong by entering Gamez-Alzate’s off-base home, Bull was relieved on April 28, said Lim, who declined to provide a specific reason why.

Lim also said that no disciplinary action has been taken against Bull for his actions on Oct. 16, 2020. Bull is expected to retire in the next couple of months.

“As a leader, he was practicing engaged leadership at a time where his Marine was unaccounted for,” Lim said.

Bull could not be reached by phone or email for this story.

In October, the Coweta County Sheriff’s Office charged Gamez-Alzate with following another vehicle too closely and another offense, which was redacted from police records that were provided to Task & Purpose.

The case has since been turned over to the Department of Homeland Security, according to the sheriff’s office.

When asked about Bull’s relief, Gamez-Alzate continued to argue that the sergeant major had improperly searched his home without permission.

“If Sgt. Maj. Bull didn’t do anything wrong, why was he relieved?” Gamez-Alzate said. “Why is the MAW [Marine Aircraft Wing] using Sgt. Maj. Bull as the scapegoat?”

Featured image: A screenshot of the video showing the sergeant major for Marine Fighter Attack Squadron 101 inside a former Marine’s home.