A Sailor Was Apparently Worried About Pissing Hot, So He Allegedly Set Urine Samples On Fire

He allegedly tried to torch his urinalysis test, and now faces charges for attempting to set fire to bottles of pee. 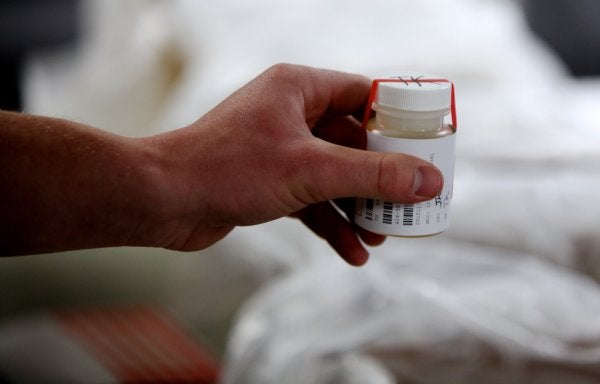 Probably fearing the outcome of a routine piss test, a Navy sailor allegedly tried to destroy his urine samples, and now faces charges for attempting to set fire to bottles of pee, which, well, aren't that flammable.

The sailor in question, Logistics Specialist 3rd Class Curtis Dajuan Johnson, is facing a court martial for attempting to set “fire to urine samples” on, or about May 1, 2017, according to Geoff Ziezulewicz with Navy Times, who first broke the story.

While stationed at Naval Air Station Oceana in Virginia, Johnson allegedly tried to set the piss bottles ablaze “in order to prevent the results of said urinalysis from being used against him at an adverse administrative proceeding, which he had reason to believe would be pending absent his obstruction,” according to a copy of Johnson's charge sheet provided to Task & Purpose by the Navy.

The charge sheet goes on to note (unsurprisingly) that “such conduct was to the prejudice of good order and discipline in the armed forces.”

The alleged wee-wee-related arson came after a “command sweep urinalysis” — which usually involves an entire unit being ordered to the lavatory to relieve themselves into a cup under the watchful eye of some poor NCO.

Johnson faces three charges: One for giving a false statement when he told investigators that he left the base at 5 pm that day to head to Philadelphia, even though he was actually still on post till as late as 11 pm that night; another for aggravated arson for “willfully and maliciously” setting fire to the samples, even though there was another person within the building at the time; and a final charge for wrongful interference with an adverse administrative proceeding, according to the charge sheet.

Currently, no trial date has been announced for Johnson, who enlisted in the Navy in 2010, and picked up his current rank in 2014, according to Navy Times.

For any would-be pee-pyros out there, this case, and the included charge sheet, should take the piss out of future plans to set bottles of urine alight.