What do you with a drunken sailor early in the morning? 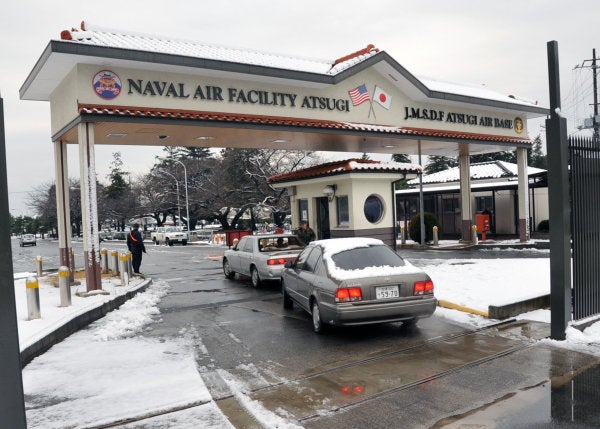 There's no better way to decompress after a long night of drinking with a nice, long shower — in a total stranger's apartment.

Petty Officer 2nd Class Nathaniel Williams was arrested for breaking and entering by Japanese law enforcement on Saturday after allegedly busting into an apartment in Ebina City in Japan's Kanagawa Prefecture and taking a nice long shower, per Stars & Stripes

The 27-year-old sailor was discovered after after the resident, a 44-year-old man, went to use the bathroom around 5 am, per NBC News

The resident “heard the sound of the shower and when he went to investigate, Williams emerged from the bathroom, completely naked,” Japan Today reports. “The man subdued him and called out to his wife to notify the police.”

Japanese authorities immediately identified the smell of alcohol on Williams' breath, and the sailor confessed to trespassing when confronted by police.

The resident told law enforcement that the apartment's front door was unlocked, suggesting that the drunken sailor likely walked right into the unit without realizing exactly where he was and what he was doing.

Williams is assigned to the Aircraft Intermediate Maintenance Depo at the nearby Naval Air Facility Atsugi, a Navy spokesman told Stars & Stripes.

The Navy is currently investigating the incident.

In the meantime, we have to salute the the startled resident for reminding the world what do with a drunken sailor early in the morning.

SEE ALSO: Sailor Accused Of Getting Drunk And Streaking Around Amusement Park

WATCH NEXT: That Time US Troops Drank All Of Iceland's Beer