2 California sailors tried to recreate the plot of ‘Breaking Bad.’ It didn’t work out

In the latest acid-related incident to hit the Navy, a pair of sailors were recently convicted of manufacturing LSD for distribution while stationed at a California naval base 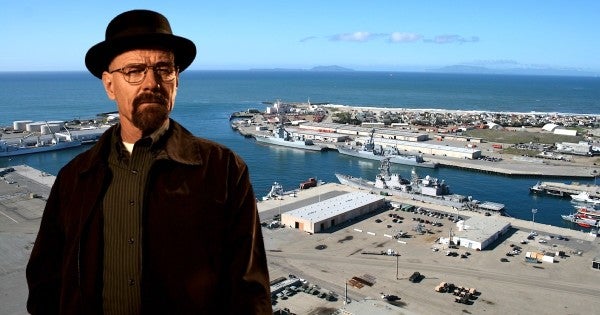 In the latestacid-relatedincident to hit the U.S. armed forces, a pair of sailors were recently convicted of manufacturing LSD for distribution while stationed at a California naval base, Navy Times reports.

At a special court martial in February, a judge busted both Henson and Smalls down to an E-`1, sentencing the former to six months confinement prior to a bad conduct discharge and the latter to just 90 days confinement.

Navy Times has been on the LSD beat for more than a year now. In March, a sailor assigned to the nuclear reactor department aboard the USS Ronald Reagan admitted to bringing LSD aboard the aircraft carrier

Ten other sailors from the same department previously faced administrative discipline in November 2018 for possessing and distributing LSD in connection to a purported drug ring aboard the nuclear aircraft carrier.

The Navy isn't the only service branch dealing with an odd LSD problem. In May 2018, 14 airmen assigned to force protection units at F.E. Warren Air Force Base in Wyoming were disciplined for dropping acid between shifts.

A word to any future Walter Whites out there: the next time you think about slapping together some hallucinogens and other illicit substances, consider taking a page out of the book of the drug researcher and prolific LSD manufacturer William Leonard Pickard, who stashed his lab at a renovated Atlas-E missile silo in northeast Kansas.

Then again, Pickard was busted moving his gear from the silo and never actually managed to produce any acid there, so maybe just abandon your dreams of Breaking Bad-esque grandeur and leave it to the, uh, professionals: