In the chaos following the blast, the contractor was treated for his injuries along with Afghan civilians who had been wounded by the explosion. 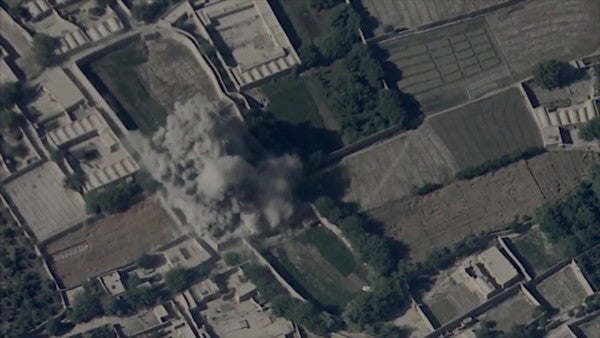 An Afghan contractor believed to have been killed by a bomb blast that left three U.S. troops dead has been found alive, defense officials clarified on Tuesday.

The U.S. command in charge of operations in Afghanistan initially announced on Monday that the contractor had been killed along with the three service members in an attack on a convoy near Bagram Airfield. Three other U.S. troops were wounded in the attack.

In the chaos following the blast, the contractor was treated for his injuries along with Afghan civilians who had been wounded by the explosion, said Army Col. David Butler, chief spokesman for U.S. Forces-Afghanistan.

The U.S. military initially assumed that the contractor had been killed until it became clear he was at Bagram Airfield's hospital, Butler said. His injuries are non-life threatening.

None of the three U.S. troops killed in the blast have been officially identified yet.

“We feel and mourn the loss of these Americans with their families and loved ones,” Army Gen. Scott Miller, commander of all U.S. troops in Afghanistan, said in a statement. “They volunteered to protect their country. We will continue our mission.”