"We're examining the miscommunication to ensure it is not repeated. We regret this tragic loss of life of our partners and are committed to improvement every day with every mission." 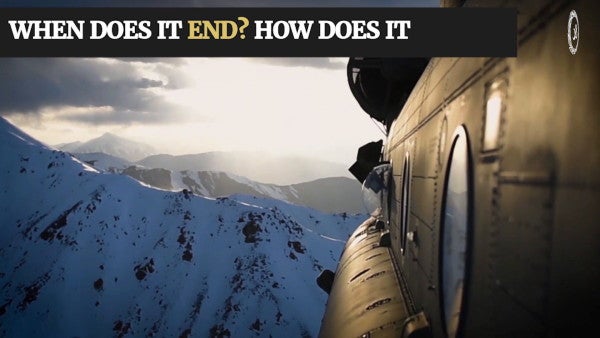 KABUL — An air strike has mistakenly killed at least nine Afghan police officers, including a commander, during a battle with the Taliban in the southern province of Helmand, local officials say.

They said that 14 officers were also wounded in the May 16 strike in the Nahr-e Saraj district , which is located outside the provincial capital, Lashkar Gah.

Helmand Governor Mohammad Yasin said that the incident was being investigated.

His spokesman, Omar Zwak, said that foreign forces in Afghanistan had carried out the air strike as part of an operation to drive out Taliban militants from the area.

A statement from the militant group claimed that U.S. forces were behind it.

A spokesman for U.S. Forces Afghanistan issued a statement on Saturday calling the incident a “tragic accident.”

“During heavy fighting with the Taliban in Lashkar Gah in Helmand province, our Afghan National Defense and security partners requested precision air support,” Army Col. Dave Butler told Task & Purpose. “We support our Afghan security partners, we de-conflicted the requested support with an Afghan coordination unit to ensure the areas were clear of friendly forces. They reported and confirmed the areas were clear of friendly forces.

“Unfortunately, they were not and a tragic accident resulted. Afghan Security Forces as well as Taliban fighters were killed in the strikes. We're examining the miscommunication to ensure it is not repeated. We regret this tragic loss of life of our partners and are committed to improvement every day with every mission.”

The Taliban has continued attacks against Afghan and foreign troops despite holding several rounds of peace talks with the United States in Qatar.

With reporting by AP and dpa.

UPDATE: This story was updated on May 18 with a statement from Col. Dave Butler.

SEE ALSO: Afghanistan in 2019: This is what losing looks like