Iran has been holding talks with the Afghan Taliban with the knowledge of the Afghan government, Iranian media quoted a top Iranian security official as saying 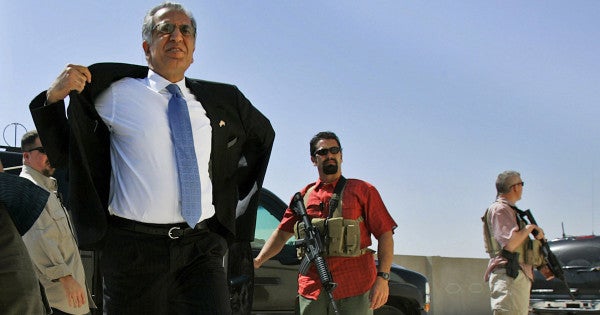 Iran has been holding talks with the Afghan Taliban with the knowledge of the Afghan government, Iranian media quoted a top Iranian security official as saying.

The news comes just days after the militant group attended reconciliation talks with a U.S. peace envoy in Abu Dhabi.

Ali Shamkhani, the secretary of Iran's Supreme National Security Council, made the announcement during a visit to Kabul on December 26, according to the Fars and Tasnim news agencies.

According to IRNA, Shamkhani said the talks between Iran and the Taliban were held “to help curb the security problems in Afghanistan.”

“The Afghan government has been informed of the communications and talks carried out with the Taliban, and this process will continue,” Shamkhani added.

The reports provided no details on where and when the meetings took place.

Shamkhani said that “cooperation between [Iran and Afghanistan] will certainly help in fixing Afghanistan's security issues of today.”

Abas Aslani, a Tasnim reporter, tweeted that it was the first time talks had been officially confirmed between Iran and the Taliban.

The announcement follows reconciliation talks last week between the United States and Taliban officials in the United Arab Emirates.

Earlier this month, the U.S. special peace envoy for Afghanistan, Zalmay Khalilzad held a meeting with the Taliban in Abu Dhabi, the capital of the United Arab Emirates (U.A.E.).

The three-day talks that started on December 17, were also attended by Saudi Arabia, Pakistan, and the U.A.E. — countries that have significant influence over the Taliban.

Afghanistan's National Security Adviser Hamdullah Mohib was also in the U.A.E. and, while he did not attend the talks, he met with Khalilzad, who reportedly kept him informed of the discussions.

The talks were seen as an important step to launch formal peace negotiations with the Taliban to end the Afghan war.