“My number one goal in my life is to be an Olympian." 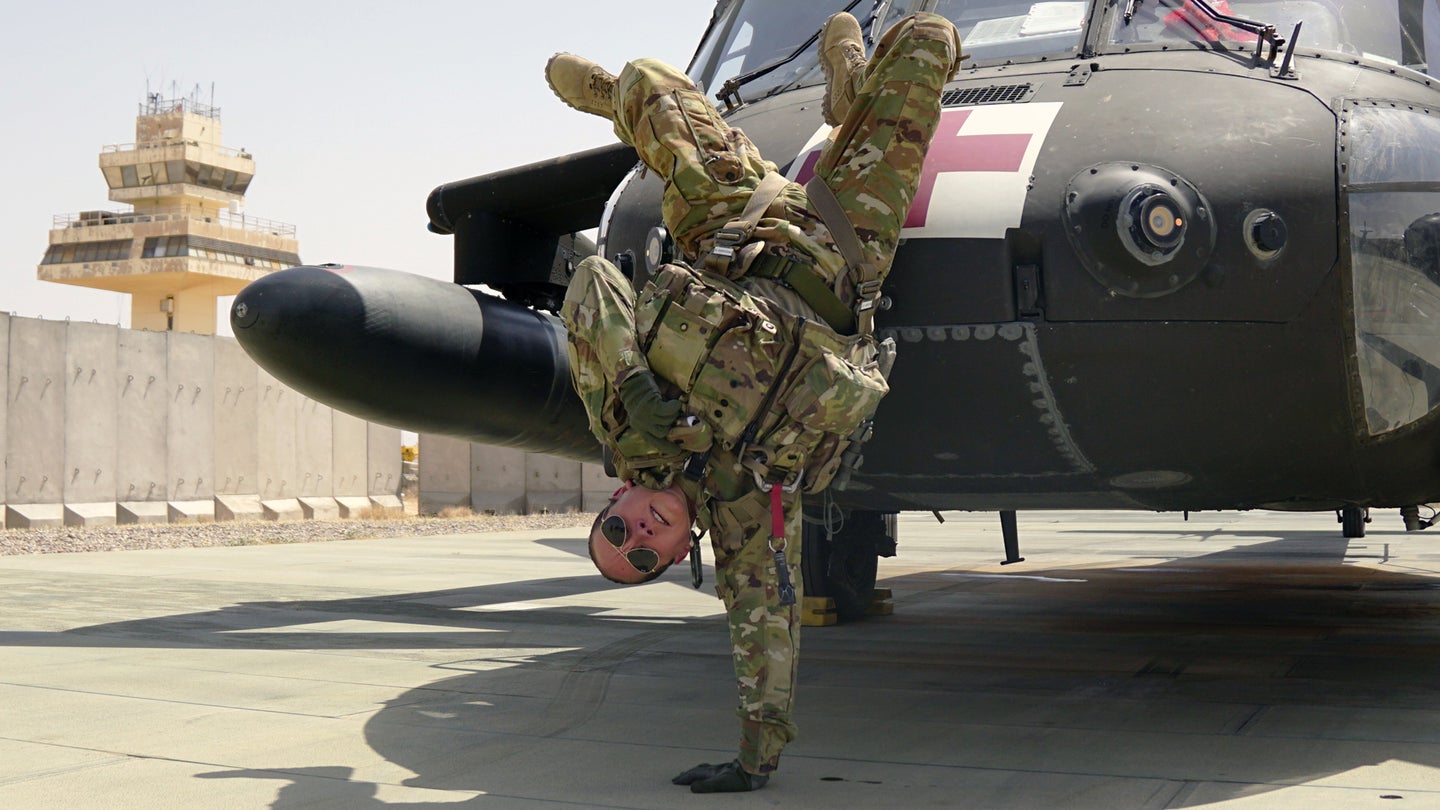 By day, Staff Sgt. Brianna Pritchard is a mechanic who fixes Black Hawk helicopters for the Alaska National Guard. But off the clock, Pritchard breaks it down hard: break dancing that is. The Anchorage, Alaska native has 14 years of break dancing experience and now she has a shot of competing in the first Olympic break dancing competitions in 2024.

That’s right, break-dancing (called ‘breaking’ by people in the biz) was made an Olympic sport in December 2020, and it will make its debut at the 2024 Olympics in Paris. For Pritchard, who has competed in breaking competitions across the U.S. and internationally, it could be a shot at a dream come true.

“What better way to represent the USA than to be a professional athlete, so I always wanted to be in the Olympics,” the soldier said in a recent press release.

‘Breaking,’ also called b-boying or b-girling, is a form of dance that first came out of Black and Latino communities in New York City in the late 1960s and early 1970s. The dance is known for gravity-defying head spins, hand hops and other moves that take an intense amount of coordination and balance.

Pritchard’s been breaking for 14 years, but she was an experienced athlete long before that. She grew up playing hockey and softball and watching the 2004 Olympic hockey movie Miracle with her father, a former hockey player himself. Her father was also into breaking when he was in high school in the 1980s, but he eventually fell out of practice as it seemed like more of a fad to him. But Pritchard went all in, giving up her other sports so she could focus on breaking.

“When I got into it, I’ve always enjoyed the music. The music we listen to is very instrumental,” said Pritchard, who goes by the name Snap1 in the breaking scene. “The music is rhythmic and RPM (revolutions per minute) beats is what we dance to. A lot of the times we dance to instrumental beats, but we still have some old school hip-hop we dance to as well.”

Nearly all the other breakers in Alaska are men. As a result, Pritchard’s style is more masculine and strength-based. That’s all right with Pritchard, considering her athletic background.

“I don’t dance like most B-girls because I was around a masculine type of style,” the soldier told the Anchorage Daily News in September. “I had worked really hard to be as strong as them, as explosive as them, have as much endurance as them and had to come up with moves and things to compete on their level.”

The hard work has paid off: Pritchard has won competitions in Arizona, Texas, Nevada, Hawaii and Florida, according to the press release. She also competed in an international competition in Europe where she placed 17th out of an estimated 200 women and also placed fourth in the USA Red Bull BC One National Finals in 2019.

Pritchard has won enough competitions to be a contender for the Olympic team, but she’s not one to rest on her laurels. Over the past year, Pritchard has taken on a grueling training routine to prepare herself for world-class competition. When the COVID-19 pandemic hit, the soldier took online classes with mentors in Texas and Finland. But due to the time zone difference, that meant waking up at 3 a.m. Monday through Friday for the class, then an hour of weight training and sprint training to increase her strength and stamina. But it’s worth it for Pritchard, whose heart and soul is fully wrapped up in breaking.

“I can tell you I’ve jumped out of airplanes before, I’ve done almost every sport there is and all these thrills,” she told Great Big Story in 2016. “I have never felt the same as I do when I’m dancing.”

Her training became more difficult this spring, when Pritchard reported to Fort Hood, Texas for two months of training before a deployment to Iraq with the California National Guard’s 40th Combat Aviation Brigade. Now she’s stationed at Al Asad Air Base, Iraq, where she will be until early 2022.

Being deployed puts a strain on training to become an Olympic athlete, but Pritchard said she wouldn’t have it any other way.

“This is my first deployment and I am very passionate about my job,” she said. “I know I could have said no and just focused on the Olympics, but this is just as important to me, too.”

Pritchard’s passion for her job shines in the accomplishments she’s achieved as a helicopter mechanic. She is the only female flight instructor in the Alaska National Guard and the only honor graduate of the flight instructor course in the state. If anyone can juggle an Olympic dream with a deployment cycle, it’s Pritchard.

“My number one goal in my life is to be an Olympian,” she said. “No matter what, I will not stop training. I have been doing this before they announced that breaking will be in the Olympics. That’s what I do. I’m a very driven individual, that’s who I am.”

Related: A US Marine will wrestle in the Olympics for the first time in decades