The Pentagon is trying to find other ways to send munitions. 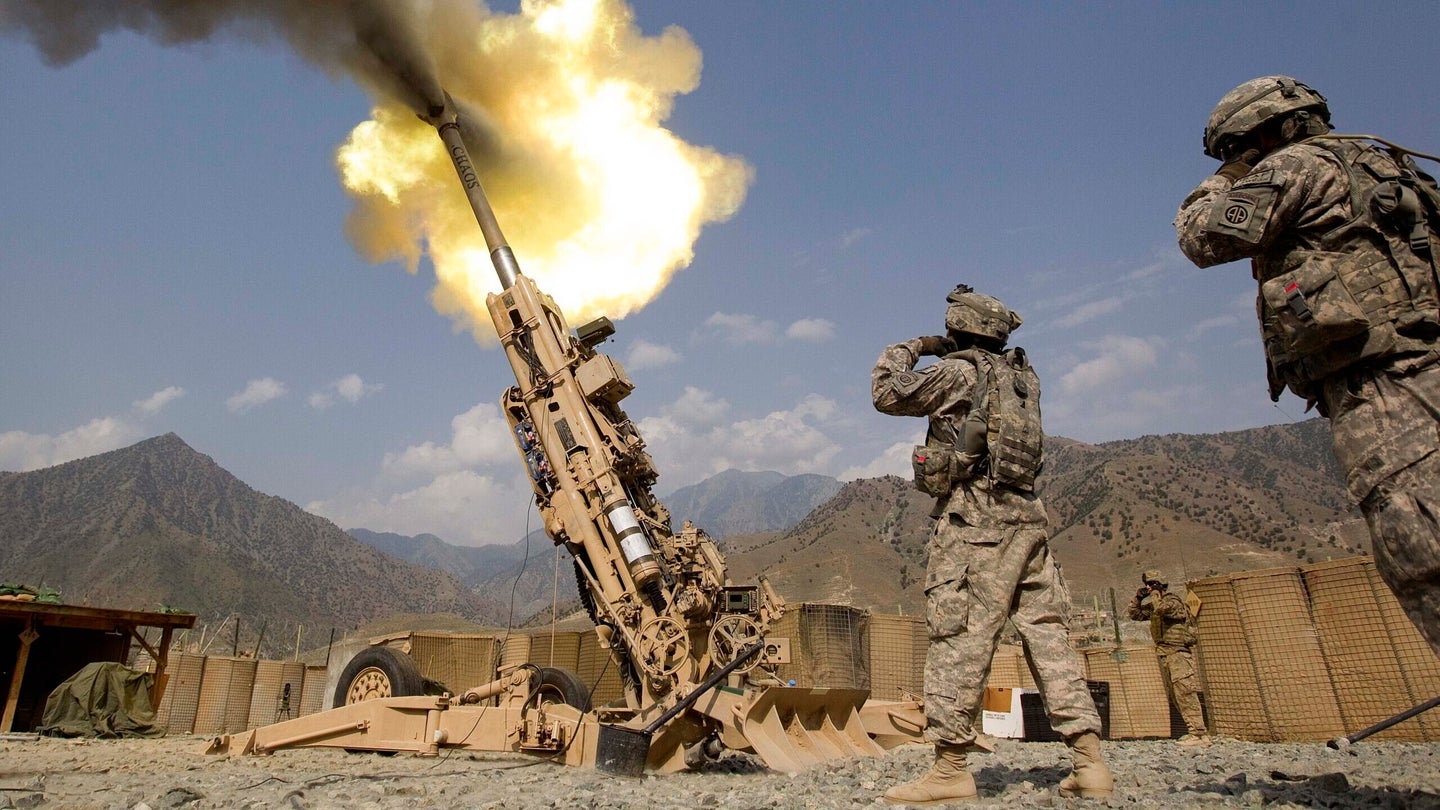 A 155mm round is fired from a 777 Howitzer canon at insurgents during a firing mission by soldiers with 2nd Platoon, Charlie Battery, 3rd Battalion, 321 Field Artillery Regiment out of Fort Bragg, N.C., July 8, 2011, at Forward Operating Base Bostick in Kunar province, Afghanistan. (David Goldman/Associated Press).
SHARE

If there was ever a doubt that the United States has been supplying significant amounts of weapons to Ukraine to help it counter the Russian invasion, consider this: the Pentagon is starting to run low on ammo.

Since the war in Ukraine broke out, the United States has been steadily sending weapons and ammunition to Kyiv, but not doing enough to replenish its stockpile, the Wall Street Journal reported today.

The Wall Street Journal, citing an unnamed Pentagon official, reported that there are “uncomfortably low” levels of 155mm Howitzer munitions in the military’s stockpile. How low? Well, apparently the U.S. has sent as much as 806,000 rounds of 155mm ammunition to Kyiv and what’s left has the DoD worried.

“It is not at the level we would like to go into combat,” the unnamed defense official told the Wall Street Journal, regarding the 155mm supplies.

Although some weapons given to Kyiv have been from excess supplies, many of the weapons and ammo are also being used by the United States currently. The big one, the 155mm ammo used for the M777 howitzer, is a staple of the American military, and was used this past week during a major firefight in Syria.

Over the last six months, the United States has sent Stinger anti-air missiles, Javelin anti-tank missiles, 16 M142 High Mobility Artillery Rocket System (or HIMARS), the VAMPIRE-build-your-own technical kits and many small arms, plus ammunition to go with them. Other nations such as the United Kingdom and Germany have also supplied weapons and equipment.

The Army specifically is now looking into ways to find weapons for Ukraine that don’t come from its own stock, and looking to increase its own supply of ammunition. The Wall Street Journal reports it requested $500 million from Congress to upgrade its own ammunition manufacturing capabilities. How could the Pentagon let itself be in this situation, especially since there is a monthly review of the armed forces’ inventory and preparedness? The Wall Street Journal points to a lack of coordination and differences in operating procedure between parts of the Department of Defense that handles arms contracts and the part working to procure weapons for Ukraine’s war.

The U.S. most recently announced another aid package of $3 billion last week, coinciding with Ukraine’s independence day on Aug. 24. That one, however, pulls weapons and munitions from the defense industry, rather than from U.S. military stockpiles. That can take longer to arrive to Ukraine, but will not be a drain on the Pentagon’s readiness. In total the U.S. has supplied $14 billion in aid packages to Ukraine.

The news of low munitions comes as the United States is trying to apply pressure, both in Europe and in the Pacific. Tensions over Taiwan between the U.S. and China have escalated this summer, and the Pentagon has been developing new strategies should it turn into a conflict.