Russia was firing up to 20,000 rounds per day in Ukraine as of November. 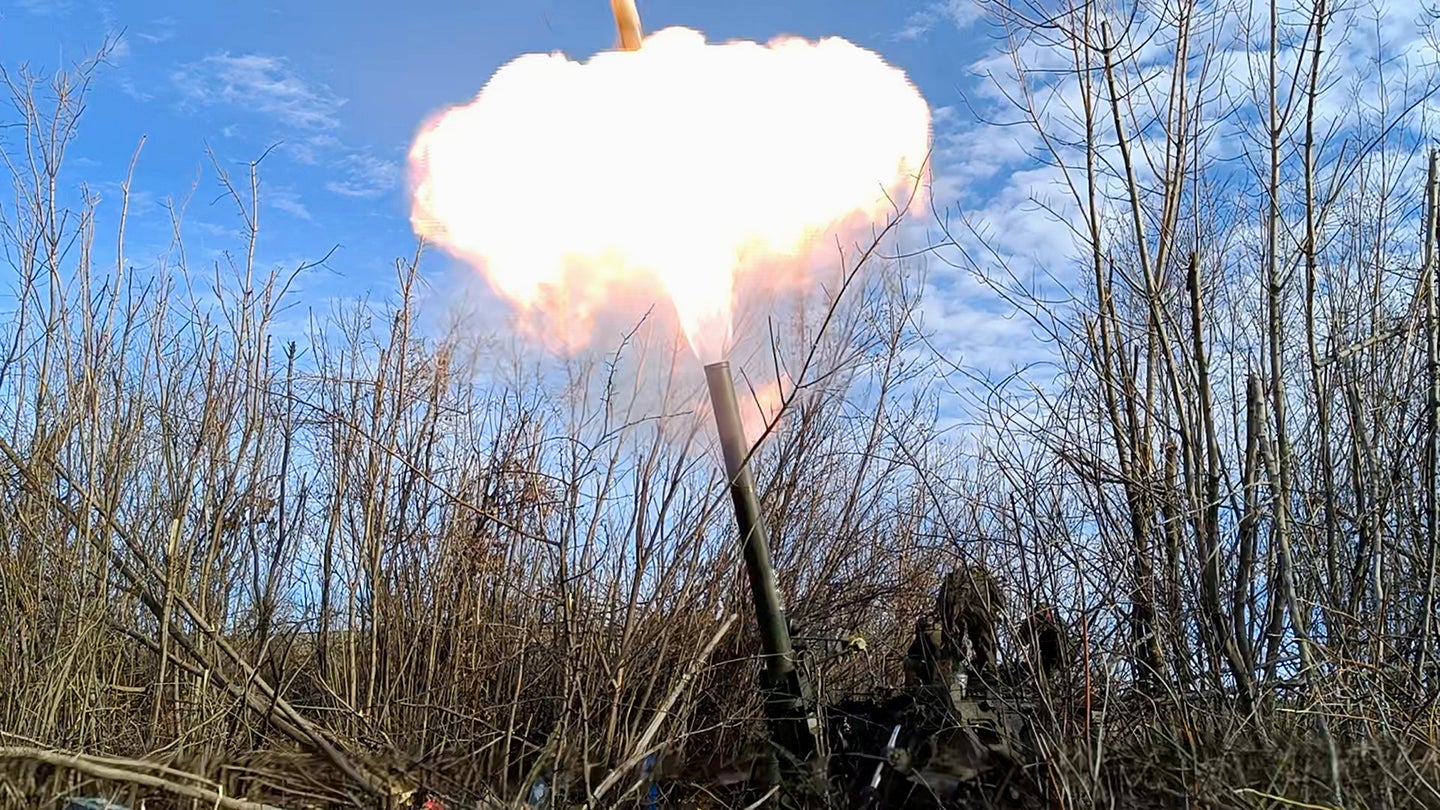 The Russian military has burned through its munitions stockpiles so quickly since it invaded Ukraine nearly 10 months ago that Russia’s armaments industry cannot keep pace with the need for more artillery shells and rockets.

Next year, Russian forces may have to start using “degraded” shells and rockets, some of which were made more than 40 years ago, a senior military official told reporters at a Dec. 12 briefing.

“It is important to point out that we do assess that Russia does have a deep inventory of degraded ammunition – artillery – from which they can draw,” Ryder said at a Pentagon news conference. “But, again, the challenge here is: By using older ammunition, you do run into the potential of effectiveness, dud rates, and confidence in whether or not it’s going to explode as expected.”

Russia’s shortage in new and reliable munitions comes despite a massive military buildup under President Vladimir Putin, who has run the country in one way or another since 2000. During Putin’s reign, Russia’s defense spending has climbed from about $9.2 billion in 2000 to roughly $75 billion in 2022 – a 715% increase. Russia has also announced it expects to spend $84 billion on its military in 2023.

However, the Russian military has fired so many shells and rockets since it invaded Ukraine in late February that it would cost roughly $92.74 billion to replace the entire range of munitions that have been used, Hlib Parfonov, an analyst with the Jamestown Foundation think tank in Washington, D.C., wrote in a recent article.

The war in Ukraine has shown that modern warfare has an insatiable appetite for munitions. In June, the Russians were firing an estimated 60,000 shells and rockets per day, while Ukraine was firing between 5,000 and 6,000 artillery rounds per day because it needed to conserve shells.

Yet Russia continues to unleash a hellish number of shells and rockets on the Ukrainians. As of November, the Russian military was firing up to 20,000 rounds per day in Ukraine, according to the Associated Press.

Since its invasion of Ukraine, the Russian military has been firing its howitzers and multiple launch rocket systems at a rate of 10:1, and sometimes 30:1, said Denys Gurak, the former deputy director general for foreign economic activity with Ukroboronprom, Ukraine’s state-run defense conglomerate.

The Russian military could have depleted its stocks of quality munitions that were recently produced due to the rate of use and sanctions effect precluding procurement of some components, Gurak told Task & Purpose.

Russia’s defense industrial base may have also inflated the number of shells and rockets stockpiled and recently produced, because of the endemic corruption that existed since Soviet times.

“It might be a case where what’s on paper – it doesn’t exist in real life,” said Gurak, now a senior fellow with the Potomac Foundation, a think tank in Washington, D.C.

The Russian military neither planned nor prepared a high-intensity conflict in Ukraine that would last for months or even years, said retired Marine Col. J.D. Williams, a defense policy researcher with the RAND Corporation.

Russia’s strategy and military force planning before the invasion assumed that conflicts would be short and would not involve extensive ground operations, Williams told Task & Purpose, with Russia’s military planners also assuming that their stockpiles of ammunition and weapons were ample to meet any unexpected problems.

The Russian military also likely depleted its munitions stockpiles somewhat during operations over the past decade in Syria and eastern Ukraine, Williams said.

“But no military in the world today is probably prepared to conduct high-intensity ground combat with high rates of consumption of ammunition, particularly artillery ammunition, over a year-long time frame. Ukraine and its supporters are reportedly coming up against similar constraints with regard to ammunition,” Williams said.

While Russia’s armaments industry is struggling to catch up with the need for more artillery rounds, any country would find it challenging to ramp up munitions production in a short period of time, he said.

The munitions shortage may prove to be temporary as Russia ramps up production of advanced conventional shells and rockets in the coming year, Williams said.

“Production of ammunition is not a particularly sophisticated process and expansion of production would not be inhibited by most of the sanctions since the materials and machinery required for this type of production are readily available to the Russians,” Williams said.