Sharks are the real 'pacing challenge.' 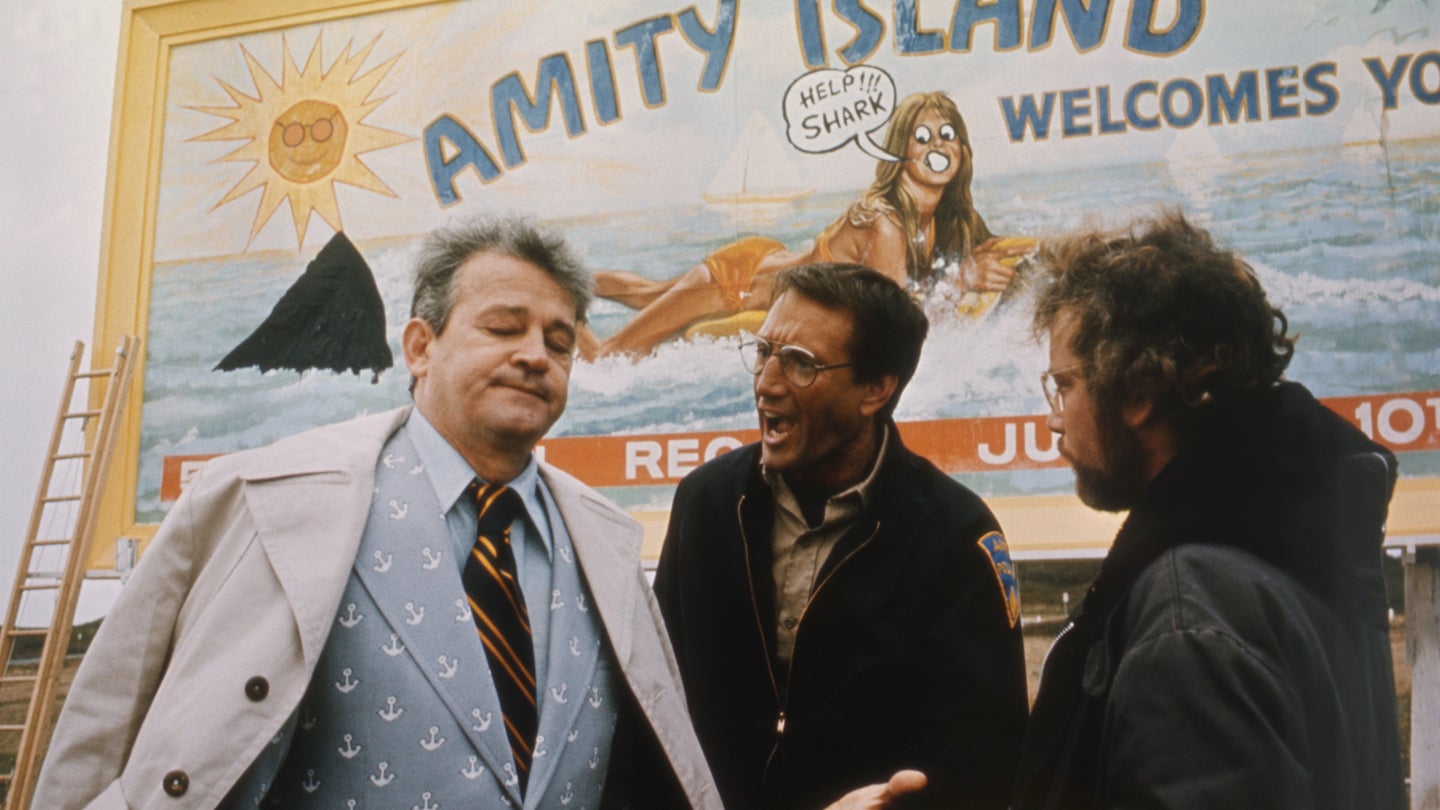 In the tradition of Jonathan Swift’s “A Modest Proposal,” please allow me to suggest that the Defense Department needs to immediately shift its priority from deterring China to confronting the real threat to life, liberty, and the pursuit of happiness: Sharks.

A recent New York Times Magazine story by legendary correspondent C.J. Chivers details the shark menace off Cape Cod, Massachusetts. There have been five shark attacks in the area since 2012. During the entire 20th Century, three shark attacks that injured swimmers were reported in Massachusetts.

Statistically, that doesn’t mean that swimmers are in mortal danger each time they venture into the water off Cape Cod, but it does underscore that – hear me out – sharks are really terrifying.

I’m more than a little biased on this subject. I first saw “Jaws” when I was 6 or 7 years old. In hindsight, I was probably too young to see the film, but this was the 1980s, a time when violent movies such as “Gremlins” and “RoboCop” were regularly marketed to children. There was even a cartoon version of “Rambo” for God’s sake. And an entire generation of kids was traumatized when Optimus Prime died.

You might be thinking: Even if sharks are operating off our shores with impunity, why would that be a problem for the military to solve? Part of the answer is that the military is the go-to solution for every problem. In particular, the National Guard has been converted into a new form of indentured servitude.

Now, I’m not suggesting that Guardsmen should be called upon to wade into the surf off Cape Cod so they can harpoon Great White Sharks. If there was ever a job that should be contracted out, that’s it.

Instead, I am calling upon the entire military-industrial complex to come up with a plan for Great White Shark Competition. This new multi-trillion dollar strategy would replace the Defense Department’s current fixation on China, because sharks are the real “pacing challenge.”

Let me explain: Sharks and their affiliates – such as Jellyfish, Barracuda, and Atlantic Bluefin Tuna – are not only infinitely more frightening than Chinese hypersonic weapons, but the military might actually have a chance to win a conflict against sharks – or at least maintain a strategic stalemate until a negotiated settlement could be reached.

China has a technologically advanced military that could be way ahead of the Pentagon on artificial intelligence, machine learning, and cyber capabilities. Meanwhile, the U.S. military still uses Outlook for emails and every time it tries migrating to new email domains it encounters a cascading series of disasters that renders most troops incommunicado, as evidenced by the Army’s latest migration, which appears to have been planned by the same people who swore the Afghan security forces could hold their own.

The Chinese navy is the largest in the world. The U.S. Navy lost an amphibious assault ship in a fire last year in part because it did not implement the lessons learned after it lost a nuclear-powered submarine to arson in 2012.

If the United States and China got into a shooting war, the American military would likely fare about as well as Russian Tsar Nicholas II’s army in World War I.

That’s why I say the Pentagon needs to focus its efforts on a different adversary, namely the Cape Cod sharks. The Coast Guard, which falls under the Department of Homeland Security, has already shown it knows how to deter aquatic combatants.

Let our battle flag be the inflatable unicorn saved from the Coast Guard Cutter Kimball’s encounter with a dorsal-finned insurgent.

I am confident that the military’s chances to achieve a modicum of success in the generational fight against sharks and the sharkist ideology are better than average.