"Procedure is procedure, if someone runs your gate, you deploy the barriers." 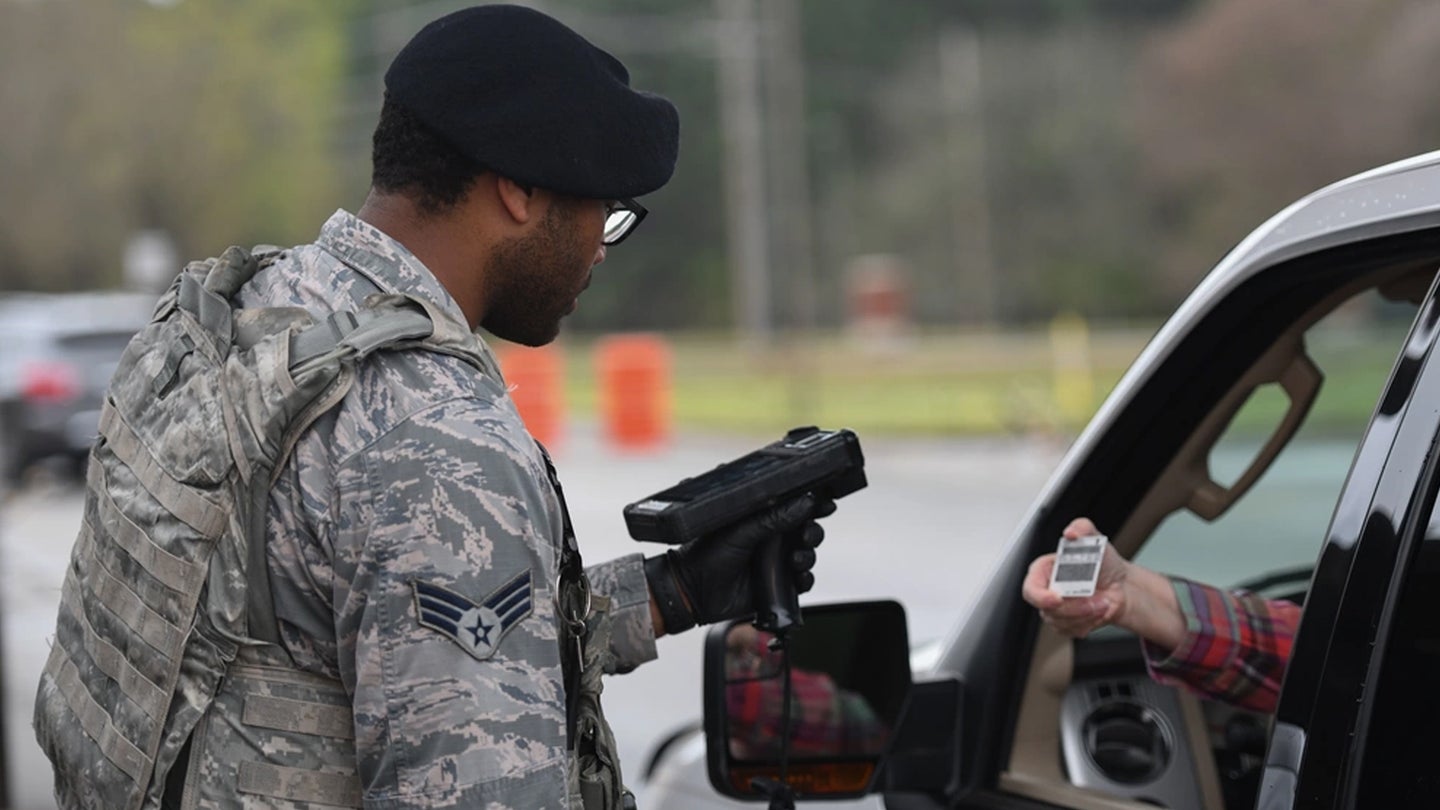 There are rough mornings, and then there are really rough mornings, like when your car gets wrecked by a security forces barrier at your base gate and you have to figure out how to cover the $19,000 in damages.

That at least is what one airman claims happened on June 8 when he was driving through the Vandenburg gate at Little Rock Air Force Base, Arkansas. According to his account, which was posted on the popular Facebook page Air Force amn/nco/snco on Wednesday, he had made it through the gate when another driver came up behind him and tried to run the gate.

In response, the Security Forces airmen standing guard deployed the emergency barrier, a wall that emerges out of the road to stop any oncoming traffic, right as the unlucky airman was driving over it, he said.

That was only the start of the trouble. Three months later, the base legal office told the airman the base would not cover the cost of repairing the car damage caused by the barrier.

“After careful review of the facts and applicable law, I must deny the claim due to the Air Force (i.e. Security Forces) not being the proximate cause of the damages caused to your vehicle,” wrote assistant staff judge advocate Capt. Hawar S. Sabir in a Sept. 8 letter, which Air Force officials confirmed was authentic.

“In this case, the civilian operating the other vehicle is the proximate cause of your damages due to his negligent driving,” Sabir explained. “While I regret the inconvenience to you, there is no legal basis to approve your claim.”

The airman’s story picked up steam on Facebook, where the post received more than 600 reactions and 250 comments, many of them sympathetic to his story.

“Meanwhile, [maintenance] just replaced a $19k LED map light on an aircraft designed in the 50’s so a pilot with an Art degree can read his Air Force funded iPad while Auto Pilot does all the work getting them to their 5-star hotel at Red Flag paid for by your own tax dollars,” wrote one observer whose comment received 79 likes. “Your car just isn’t in the budget, homie.”

Others pointed out that the airman should follow the instructions laid out in the letter and pursue coverage through the other driver’s insurance, while others advised him to appeal the base’s decision. There was also chatter about whether the security forces airmen manning the gate had done the right thing in deploying the barriers while a car was driving over them, or if the barriers had malfunctioned. One security forces airman told Task & Purpose his counterparts at Little Rock were probably just doing their jobs the way they were trained to.

“Procedure is procedure, if someone runs your gate, you deploy the barriers,” the airman said on condition of anonymity since he was not authorized to speak to the press. “In a perfect world you’d love to make sure the other lane is clear, but if a car is running your gate, you only have so many seconds to stop them.”

Some barriers have a sensor that detects if a car is on top of them, while others don’t, the airman said. “But at the end of the day (this is my personal opinion), the needs of the many outweigh the needs of the few. One car got messed up, versus if we didn’t pop the barriers that suspect now has access to hundreds of people on base and who knows how many people they could have hurt.”

In this security forces airman’s experience, bases have funding to cover gate-related incidents like this one, so he wasn’t sure why Little Rock denied this airman’s claim. Still, he cautioned that “there’s two sides to every story” and there may be more nuance to this incident that we don’t know at this point.

“I simply don’t know, I’m not legal,” the security forces airman said. “But there has to be more to that than the victim is revealing.”

“The member is encouraged to make a legal assistance appointment for further assistance on this matter,” Cicchetto said.

No matter what actually happened, the way the affected airman framed the story seemed to resonate with a feeling among many commenters that the Air Force does not have the back of its airmen.

To be clear, the Air Force has actually had to provide extra incentives to persuade hundreds of people to leave the service amid record retention levels due to the COVID-19 pandemic, and last month the Air Force announced that it would hit its recruiting and staffing goals for the first time in five years. But this winning season may not last: the top Air Force and Space Force recruiter said at a conference in September that “the long-term trends are very concerning.”

“America’s youth are becoming ever-disconnected from the military,” Maj. Gen. Ed Thomas, commander of the Air Force recruiting service, said at a media roundtable last month. Thomas said some of the reasons involve the military getting smaller while the U.S. population as a whole grows larger, meaning there are fewer “moms, dads, aunts and uncles, people they know” who have served.

But part of the problem also lies in the military’s reputation among non-White and female Americans. Thomas said he was most concerned that “the biggest drop in interest to serve is from Black males, Hispanic males and females” in general.

It’s hard to blame them: over the past year, the Air Force was rocked by studies which show that young Black enlisted airmen and guardians are almost twice as likely as White peers to be involuntarily discharged based on misconduct; that one-third of female airmen have been sexually harassed during their Air Force career; that Hispanic/Latino enlisted members were 33% more likely to have been investigated for a criminal case than White peers, and other startling discrepancies. Those are the kinds of issues that the service has to correct if it wants recruiting to continue to succeed in the future, Thomas warned.

“There are a lot of reasons for why … but there are areas we have to get after,” he said. “We’ve got to play the long game, we’ve got to inspire the next generation of airmen and guardians and frankly the generation after that.”

In the meantime, if someone could help out this airman whose car got wrecked, that’d be great too.