"Inclusion is the action that draws the best from every one of our members." 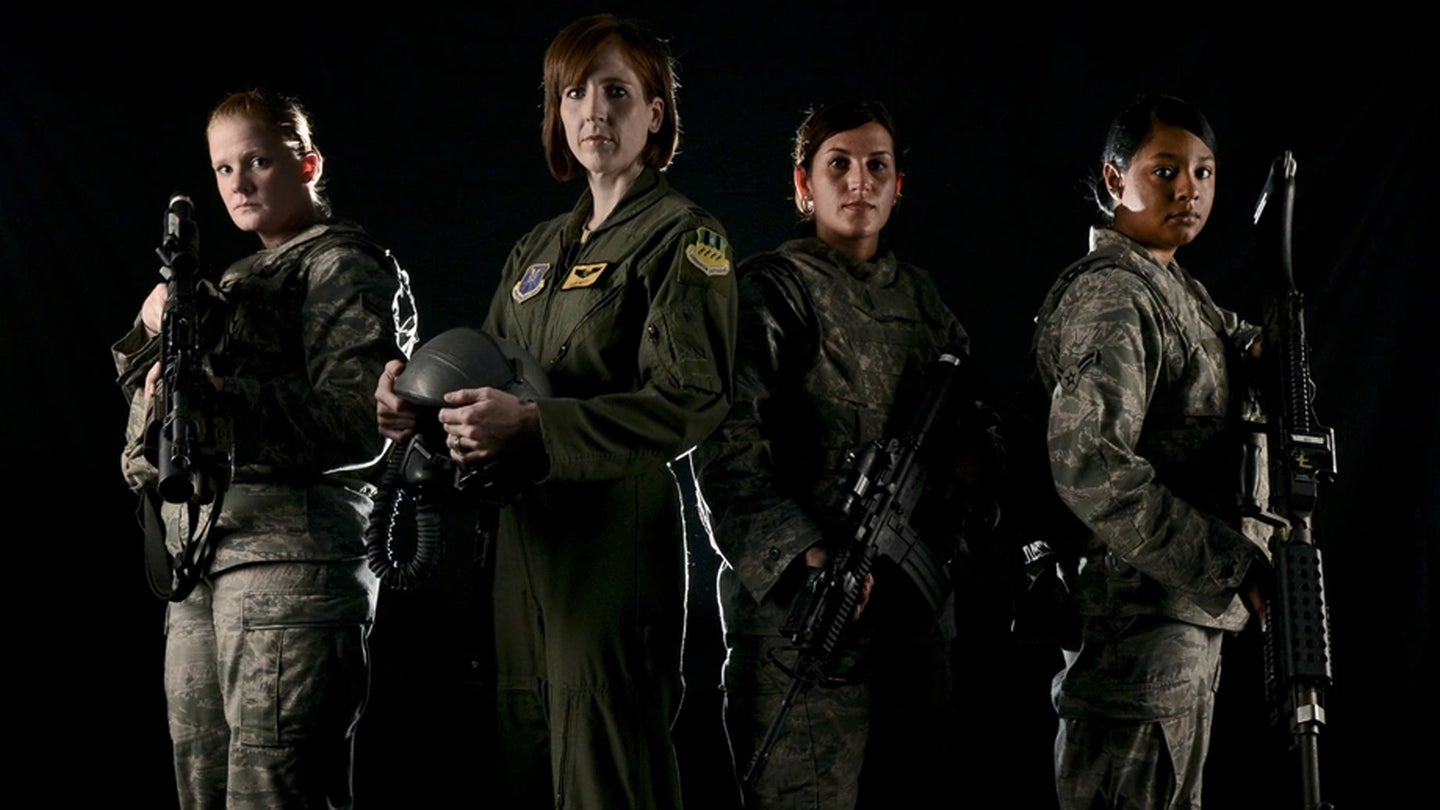 The ban on women in combat was lifted Jan. 23, 2013. Though 99 percent of the careers offered in the Air Force are open to women, the decision will open more than 230,000 jobs across all branches of the military. 2013 marks the 20th year that the Department of Defense allowed women to serve as combat pilots. January 1, 2012 (U.S. Air Force illustration/Senior Airman Micaiah Anthony/Released).
SHARE

The numbers are one of dozens of startling statistics uncovered by the new report, which covers racial and gender disparities in the U.S. Air Force and Space Force at every point in members’ careers, such as accessions, promotions, disciplinary actions, leadership positions, and retention. Published on Tuesday, the report is an expansion of an initial disparity review the Air Force released in December 2020.

While that first report focused exclusively on disparities affecting Black airmen and guardians, Tuesday’s report studied those affecting Asian American, Native American, Pacific Islander, Hispanic/Latino and female airmen and guardians. The report is part of a larger effort within the Air Force to reconcile with racial inequalities across the service, which were first revealed in June 2020, after a stinging study by the advocacy group Protect Our Defenders found racial disparities in the Air Force military justice system.

“We all come from different backgrounds, different cultures, and subscribe to a variety of different beliefs. It is these differences that make us a highly effective force,” he wrote in a press release on Thursday. “They underwrite our ability to be agile and innovative, to compete, deter and win. Inclusion is the action that draws the best from every one of our members, providing advantage for our nation as one, ready and successful team.”

Thursday’s report was the product of months of analysis involving military justice data going back to 2012; 17,000 single-spaced pages of feedback from 100,000 service members and civilians; 122 group discussions with airmen and guardians across the branch, and 21 past studies of race, ethnicity and gender in the military. The feedback in particular is part of a deliberate attempt to hear directly from service members, said Air Force Chief of Staff Gen. Charles “CQ” Brown Jr.

“We must continue to listen to our people, understand what they are experiencing, and receive their feedback as we take steps to improve,” he said in a statement on Thursday.

The 208-page report has enough information to fill a book, but some of the most illuminating findings are grouped by race and gender and listed below.

“A significant theme from female respondents was maternal bias – leadership and supervisors assumed females with children would not be interested in or available for deployments, TDYs, training, or high-demanding jobs due to their family obligations,” the report wrote.

The report also noted a perception of a double-standards in regards to taking care of family obligations.

The Air Force cautioned that some racial and ethnic minorities make up extremely small portions of the branch population overall, which makes identifying disparities a challenge. For example, the American Indian, Native Alaskan and Native Hawaiian or Other Pacific Islander racial groups combined account for less than 1.5% of the branch, the service wrote. Still, the report found some significant disparities, such as the following:

The Air Force emphasized that this report was only the start of the service’s efforts to deal with the disparities found among women and minority members. Like with the first report dealing with disparities with Black airmen and guardians, this one left it to senior leaders to address the disparities observed in their individual commands. In six months, The Air Force Inspector General, which produced all of these reports, will assess those commands to see how the response is going.

On Thursday, the Air Force also published its first six-month assessment of actions taken in response to the December 2020 report on disparities with Black airmen and guardians. The Air Force Inspector General, Lt. Gen. Sami Said, summarized by saying it will be some time before the changes implemented six months ago begin to have an effect.

“We stopped the clock on 1 July, so to expect meaningful results in six months is a bridge too far,” he told reporters in a press call on Thursday. “These things are complicated. Are the experiences of airmen and guardians changing? I don’t expect to see that in six months, but we’ll be able to measure results a year from now.”