'Hands down the most lightning that any of us on the crew had seen.' 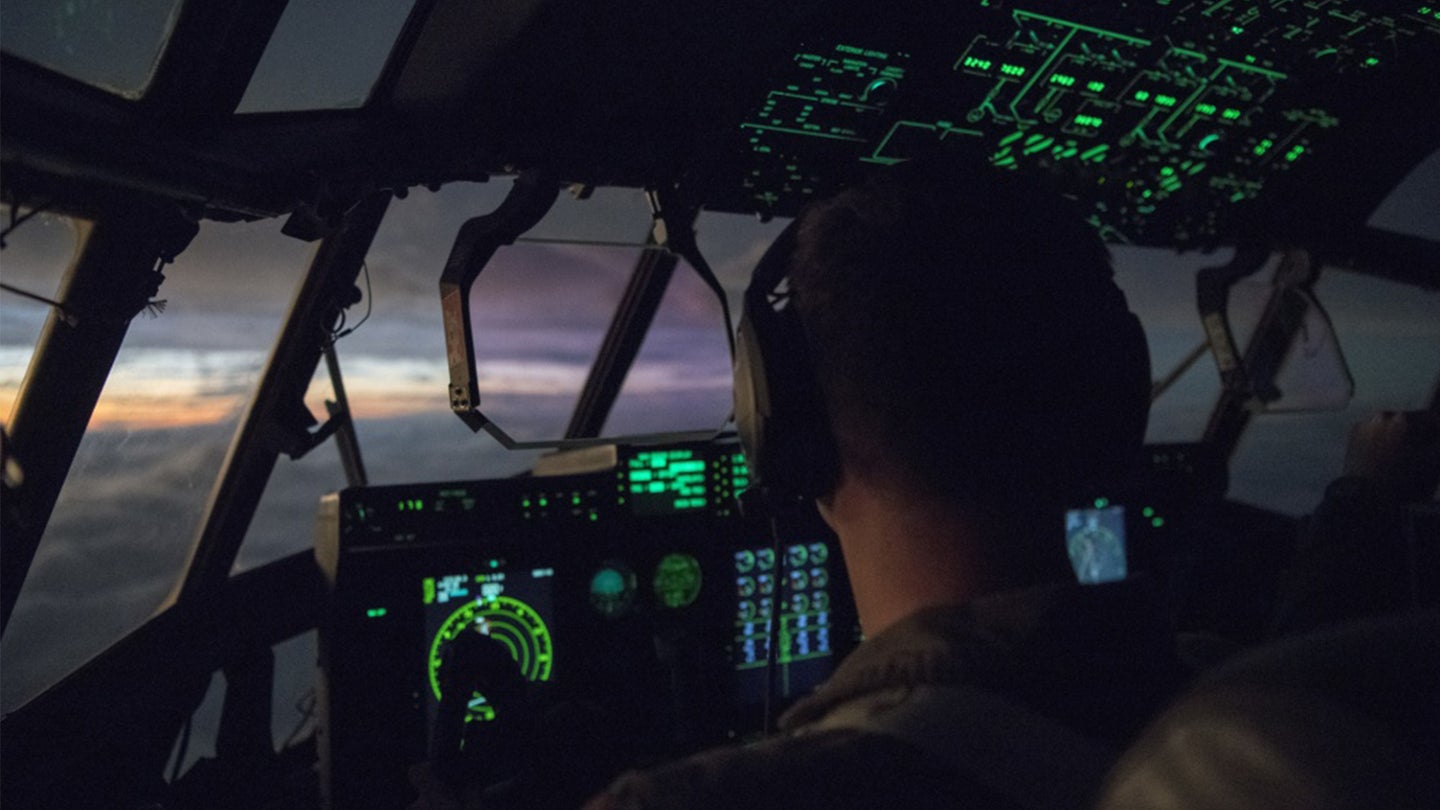 What’s big, dark and might electrocute you? A thunderstorm, which most military pilots train to avoid, but which the Hurricane Hunters of the 53rd Weather Reconnaissance Squadron earn their pay flying straight into.

The wild experience of plunging into a force of nature is captured in a YouTube video shot by Lt. Col. Mark Withee, a navigator for the 53rd who flew into the teeth of tropical storm Nestor in October 2019.

Though lightning is fairly common in storms, most are not as lightning-infested as Nestor, which was “hands down the most that any of us on the crew had seen,” Withee said.

The plane they were flying in was a WC-130J, a modified cargo plane that carries a suite of special sensors for collecting data on humidity, wind speed, wind direction, temperature, air pressure, dewpoint and other elements which help scientists at the National Hurricane Center figure out where storms and hurricanes are heading and when they will make landfall. The aircraft was hit by lightning a couple times during the Nestor flight, Withee said, but it usually doesn’t impact the mission.

“You check over everything like ‘okay did we get hit, is there any damage to the plane?’ And then you know, you press on from there,’” Withee said. “We are looking at the radar to try to avoid those areas that might be more dangerous, but ultimately our mission is to fly through the storms, and there are some risks inherent in doing that.”

Sometimes the lightning leaves a bit of damage. Last year, one of the WC-130Js assigned to the 53rd had its radar knocked out by lightning en route to a storm over the Gulf of Mexico. Radar is pretty important in a storm, because the clouds often make it impossible for pilots to see out the window. The Hurricane Hunter turned back and rescheduled for the next night, but for the most part lightning doesn’t make much of a dent, Withee said. You probably hear a loud bang and see a brilliant flash, but otherwise you can’t really tell if you’ve been hit, he explained.

Besides the sheer amount of lightning in Nestor, the other unique feature of that storm was how clearly you can see the lightning. Oftentimes the bolts are shrouded by storm clouds, as is the entire aircraft, Withee explained.

Of course, there are also plenty of times when the plane’s shaking and the lightning’s flashing all around you. That’s when you break out the AC/DC covers and earn some stories to tell when you get back home.

Related: ‘90% boredom, 10% terror’— What it’s like flying through a hurricane with the US Air Force