If you love Scotch whisky, you’d better start stocking up

The long relationship between whiskey and the U.S. armed forces may have evolved well beyond the liquor rations of the Revolutionary War over the last 250 years, but thirsty troops may have a new problem on their hands when it comes to a fine glass of Scotch 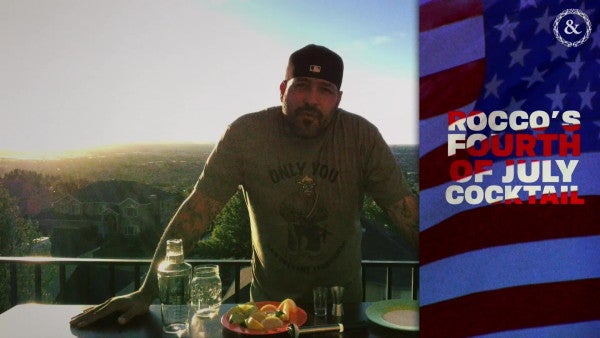 The long relationship between whiskey and the U.S. armed forces may have evolved well beyond the liquor rations of the Revolutionary War over the last 250 years, but thirsty troops may have a new problem on their hands when it comes to a fine glass of Scotch.

The Trump administration on Wednesday announced a slew of new tariffs on European consumer goods, Reuters reports, including both single-malt Scotch whisky and Irish whiskey.

Given that tariffs on foreign importstend to impose their costs on U.S. consumers more than the exporters they target, this has a major consequence for the average American; your favorite Scotch will likely become noticeably more expensive in the coming months.

That's right: your Johnnie Walker, your Jameson, your Tullamore D.E.W., your Glenlivet, and your Macallan are all going to cost a pretty penny during your next leave.

To be clear, this isn't the end of the world in terms of the U.S. military's thirst for brown liquor. After all, service members usually tend toward American whiskey: as Military Times points out, no demographic has purchased more whiskey through the Jack Daniel's “By The Barrel” bottling program over the two decades than the U.S. military.

“Over the entire span of when the program has existed, the U.S. military is the largest purchaser,” Jeff Arnett, Jack Daniel's Master Distiller, told Business Insider in 2016. “It has been represented by base exchanges, individual units, as well as other on-base military entities like Officers' Clubs.”

But the new tariffs aren't just bad news for the uninformed Scotch hound, but for American businesses a well. According to BBC News, the United States is the world's largest export market for Scotch whisky by value, bringing in roughly 137 million bottles worth more than $1.2 billion in 2018 alone.

“U.S. companies — from farmers to suppliers to retailers — are already being negatively impacted by the imposition of retaliatory tariffs by key trading partners on certain U.S. distilled spirits,” Lisa Hawkins, a spokeswoman for the Distilled Spirits Council of the United States, told the BBC in July. “These additional tariffs will only inflict further harm.”