Cash rules everything around the Ministry of Defense. 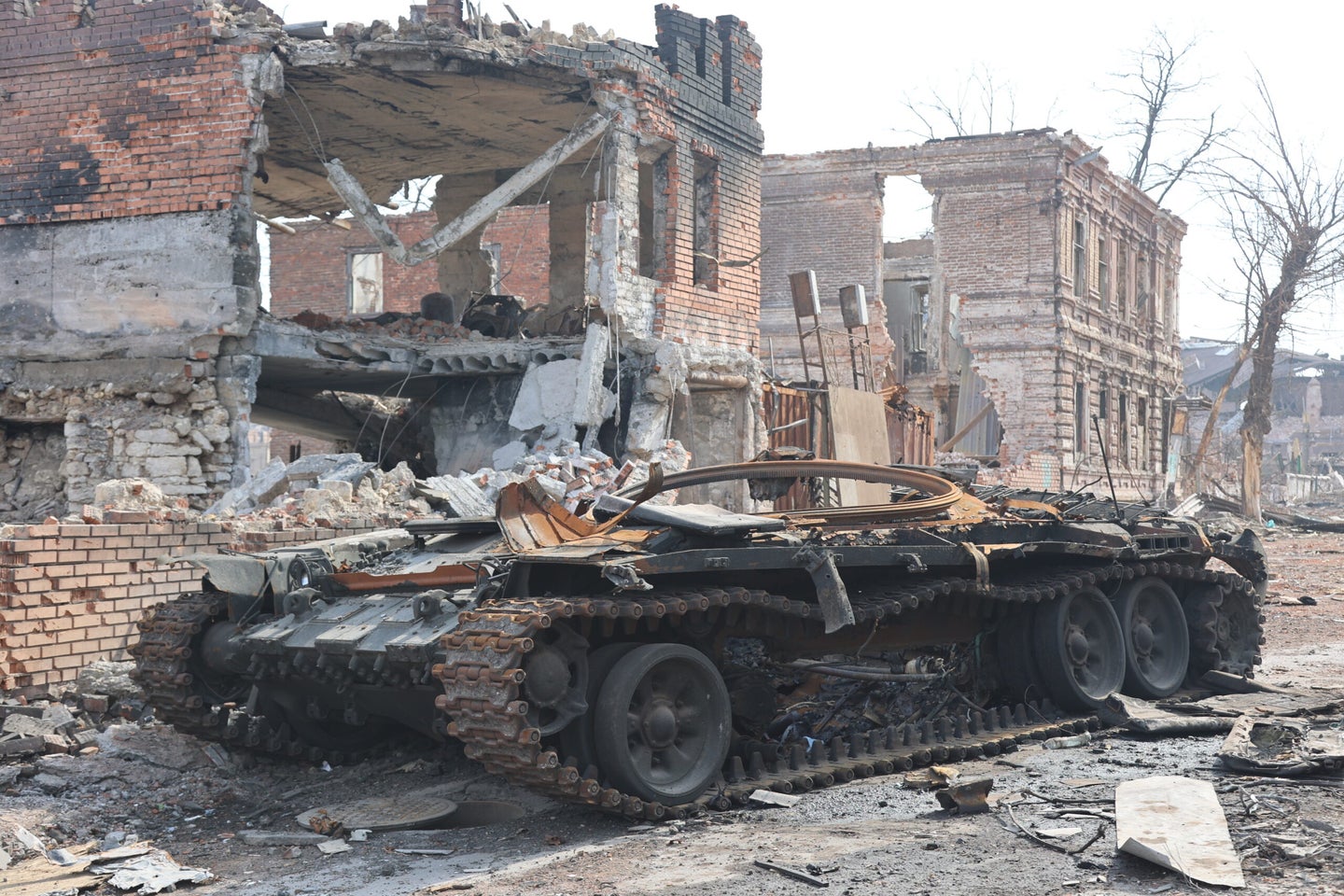 MARIUPOL, UKRAINE - APRIL 09: A view of a destroyed armored vehicle during ongoing conflicts in the city of Mariupol under the control of the Russian military and pro-Russian separatists, on April 09, 2022. (Photo by Leon Klein/Anadolu Agency via Getty Images).
SHARE

Are you a young Russian man? Are you looking for gainful employment and travel? Have the last several months of economic sanctions, political isolation and the loss of McDonald’s got you down? Join the army!

The Kremlin is avoiding a general mobilization for the war in Ukraine (after all, it still calls the war a “special military operation”, trying to downplay the scale), so it’s appealing to Russian pocketbooks. Steady pay, national service, some perks such as unspecified bonus pay for “heroic acts” like taking out a tank or plane, according to Radio Free Europe. It just also comes with a huge risk to oneself because the person signing the contract would be joining a bloody war with high casualties.

There have been sightings in recent weeks of various efforts to boost the number of contract soldiers in the Russian military. Job listings being posted on the Russian military’s website as well as other websites around Russia. Russia’s military consists of a mix of national conscripts and contract soldiers, and per law, only contractors can be sent out to fight in wars. The Washington Post reported that some Russians are being cold-called with offers to join the army. These aren’t army reservists (many of those have been activated to join the fight in Luhansk, and even then recruiters are trying to bolster the reservist force, per El Pais), but regular people suddenly being asked to operate grenade launchers or join a tank crew.

There are perks. Pay on the listings can be 150,000 rubles per month, or $2,500, according to one listing identified by RFE/RL or up to $4,000 per month on ones found by the Washington Post. Combat can earn an extra $55 each day. That’s much higher than the monthly salary of 80,000 rubles ($1,200) per month that the Moscow Times reported on in 2016. Sure, inflation can be considered, but the paycheck is also likely higher as an incentive. Other highlights include accommodation – rent is high everywhere in the world – and if a contractor stays for 20 years, a pension. And there are those aforementioned bonuses (the U.S. Army, for comparison, offers up to $50,000 in enlistment bonuses for six-year terms). And veterans are eligible for their own special benefits in Russia. Surely it’s appealing to the average Russian who has been hidden from news of how poorly the war in Ukraine is going.

It’s going poorly. Alongside its own conventional army, Russia has also relied on allied fighters in the eastern Donbas and Luhask regions, plus mercenaries from the Wagner Group, whose leaders are closely tied to the Kremlin. And so far all of those groups have suffered heavy casualties. Estimates put Russian casualties in the tens of thousands (Russia’s official count, not updated since late March, is around 1,300). Close to 1,000 tanks have been destroyed. There have also been a disproportionately high number of generals who have been killed in the fighting.

Russia still has the overall advantage in terms of armaments and sheer size of its military, but Ukraine has drawn blood. Recent weapons shipments are increasing Ukraine’s capabilities, even as fighting in the country’s east destroys much of its industrial centers. It’s unclear if Russia’s military job fair will pay off, or how quickly it can field these new contract soldiers.