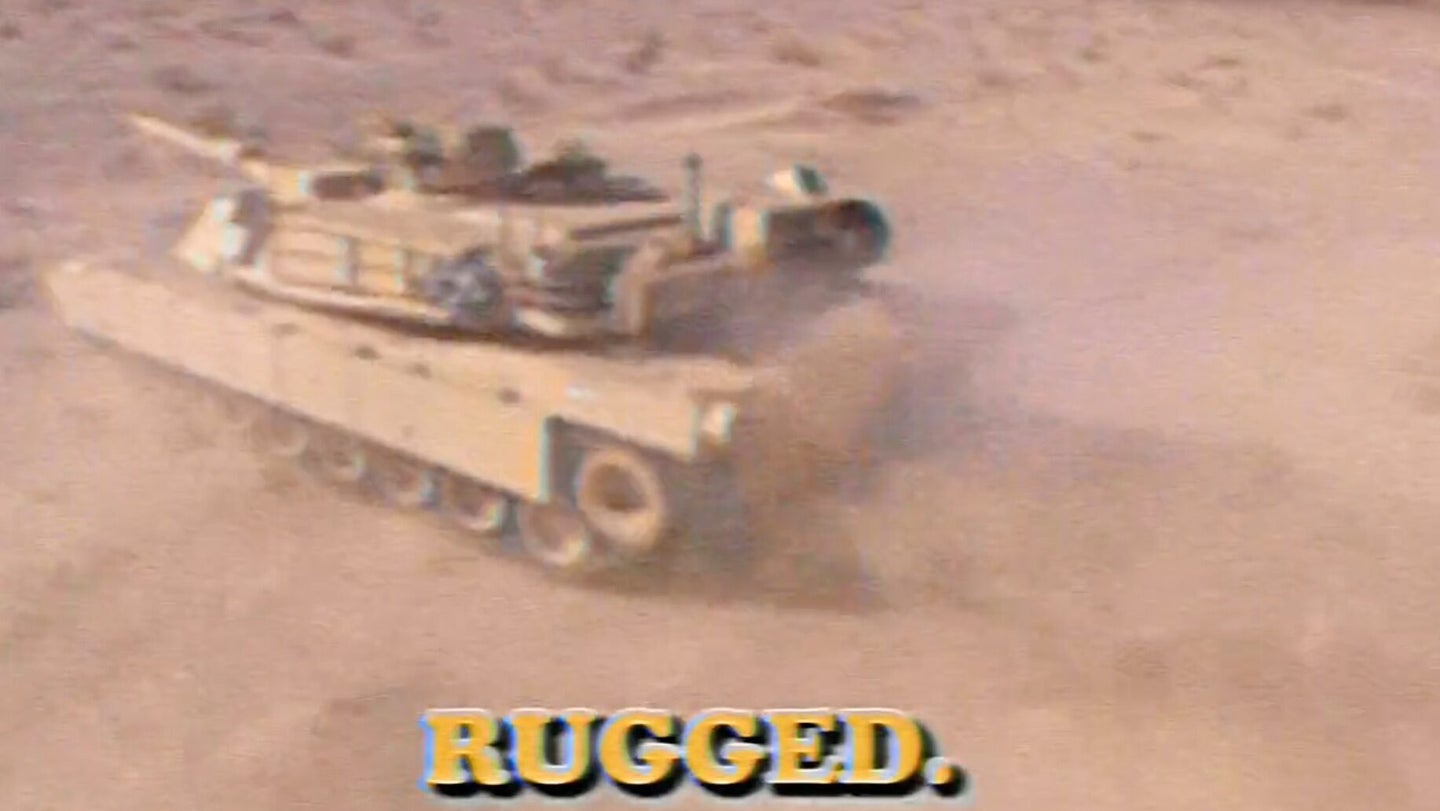 Ukraine’s Ministry of Defense has a new video that is a not-so-subtle request for M1 Abrams tanks, and it’s one that will take you right back to the halcyon days of 1991.

The video is a throwback to those Chevrolet truck commercials of the early ‘90s involving tough guys in either a cowboy hat or a well-worn baseball cap driving the trucks through some kind of rugged terrain — maybe a dirt road, or a wheat field, or a construction site — as they haul a trailer, or some tools, or some farming equipment. All set to that sweet Bob Seger music, of course.

The video from Ukraine shows the Abrams rolling through the desert and firing its main gun, along with some shots of wild stallions running through a field and a boy scout carrying an American flag, two images that would absolutely not be out of place in the original commercials. After all, the Abrams is rugged, dependable and tough. Like a rock.

The video is also a playful commentary on Ukraine’s ongoing requests for more modern, western tanks. As it says in the opening, “We understand some countries are reluctant to send tanks to Ukraine. We hear you. And we have a solution. Introducing the all new M1A2 Abrams recreational utility vehicle.”

Ukraine has received billions of dollars in military assistance from the U.S., including weapons systems like Patriot missiles and High Mobility Artillery Rocket Systems (HIMARS). When it comes to tanks, although Ukraine has received hundreds from other European countries, they have been refurbished Russian designs like the T-72, from Poland and the Czech Republic.

That hasn’t stopped Ukraine from asking for more modern armor, although western countries were hesitant to answer that call in 2022. In the past couple of weeks, though, there have been signs that position may be changing. The British government is expected to announce the shipment of a limited number of Challenger 2 tanks to Ukraine on Jan. 20. Both Poland and Finland have offered to send Ukraine German-built Leopard 2 tanks, although that decision is still contingent on approval by Germany. France has also committed to sending AMX-10RC light tanks to Ukraine.

The U.S. has been unwilling to send the Abrams to Ukraine, citing concerns about maintenance and sustainment challenges the Ukrainian military would face. The latest aid package to Ukraine, announced last Friday, does include 50 Bradley Fighting Vehicles, though. News of the Bradleys going to Ukraine did, of course, prompted another round of debate over whether they are tanks. They are not.

Whether or not the U.S. does eventually send some number of Abrams tanks to Ukraine, when it comes to asking for something it can’t hurt to use a little Bob Seger.