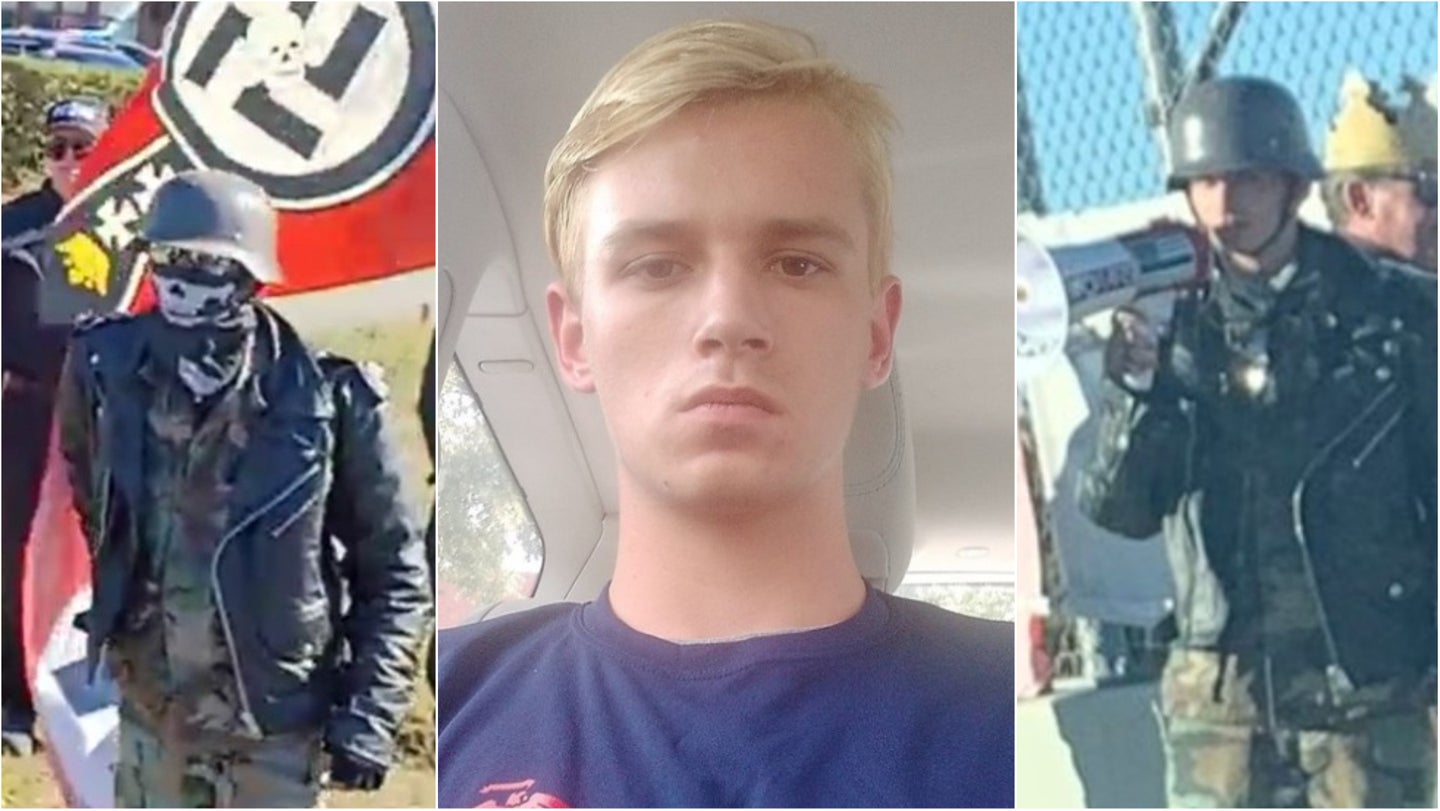 The Marine Corps has kicked out a man from its Delayed Entry Program after he admitted that he had belonged to extremist groups before enlisting, the service announced on Wednesday.

Christopher Semok became a poolee after enlisting on Sept. 21, but in November pictures emerged on social media that appeared to showed him attending a rally of the white nationalist hate group Patriot Front in Orlando, Florida. The images were posted by social media accounts associated with Atlanta Antifascists.

After the pictures appeared online, a spokesperson for Marine Corps Recruiting Command told Task & Purpose in November that the Corps was aware that a poolee may have links to extremist groups and referred further questions to the Corps’ 6th Recruiting District, which is headquartered at Marine Corps Recruit Depot Parris Island, South Carolina.

On Wednesday, the district issued a news release announcing that Marine Corps Recruit Station Tampa’s executive officer “conducted a preliminary inquiry” into the poolee’s past affiliations starting in early December.

“During the inquiry, Mr. Semok admitted that he had been affiliated with neo-Nazi and anti-Semite groups, active on social media and at activist demonstrations,” the news release says.

Semok also claimed that the reason why he did not disclose on his Marine Corps application that he had belonged to these groups was that he had allegedly broken ties with them one month before enlisting, according to the news release.

“The Marine Corps takes allegations of racism, fascism and other forms of discrimination seriously and, in the case of Mr. Semok, RS [Recruiting Station] Tampa found it was in the best interest of national security to not let Mr. Semok remain within the DEP [Delayed Entry Program,” the news release says.

After this story was first published, Semok contacted Task & Purpose and repudiated his past links with extremist groups.

“Despite my previous affiliations, I’m no longer affiliated with that life,” Semok told Task & Purpose. “It isn’t who I am anymore and I denounce it. I’m currently working with a de-radicalization case worker to assist in my journey with Leaving the movement behind and erasing it from my life for good.”

According to Semok, he began being radicalized when he was 13 and became an extremist four years later after losing his parents but added that he realized that “I was doing some really evil shit” and now claims he is dedicated to anti-hate activism.

For years, experts and advocates have sounded alarm bells over the rise of extremism in the U.S. military for years. Indeed, a recent FBI intelligence assessment released in March 2021 stated that far-right extremists remain “very likely [to] seek affiliation with military and law enforcement entities in furtherance of” their ideologies.

In December 2021, the Defense Department belatedly updated its definition of what activities are considered participating in extremist activities, closing a loophole that had previously allowed troops to belong to such groups as long as they were not active participants.

But despite announcing new steps to weed out far-right extremists from its active-duty force in the aftermath of the Jan. 6 attack on the Capitol, the Pentagon is still struggling to implement a social media vetting process to identify extremists as they attempt to make their way into the ranks, according to a December report from the Center for a New American Security.

“The challenge comes with the recruiter and unit-level commander,” CNAS program director Katherine Kuzminski told Military.com. “What happens if someone has an anonymous account? How many searches on Google are they supposed to go through? Everyone says a like is not an endorsement, but what if they like a neo-Nazi page?”

UPDATE: 1/5/2023; This article was updated after publication with a statement from Christopher Semok.