This is the Pentagon’s new definition of ‘extremist activities’

The Pentagon has expanded the definition of "extremist activities" and what constitutes “active participation" in such organizations. 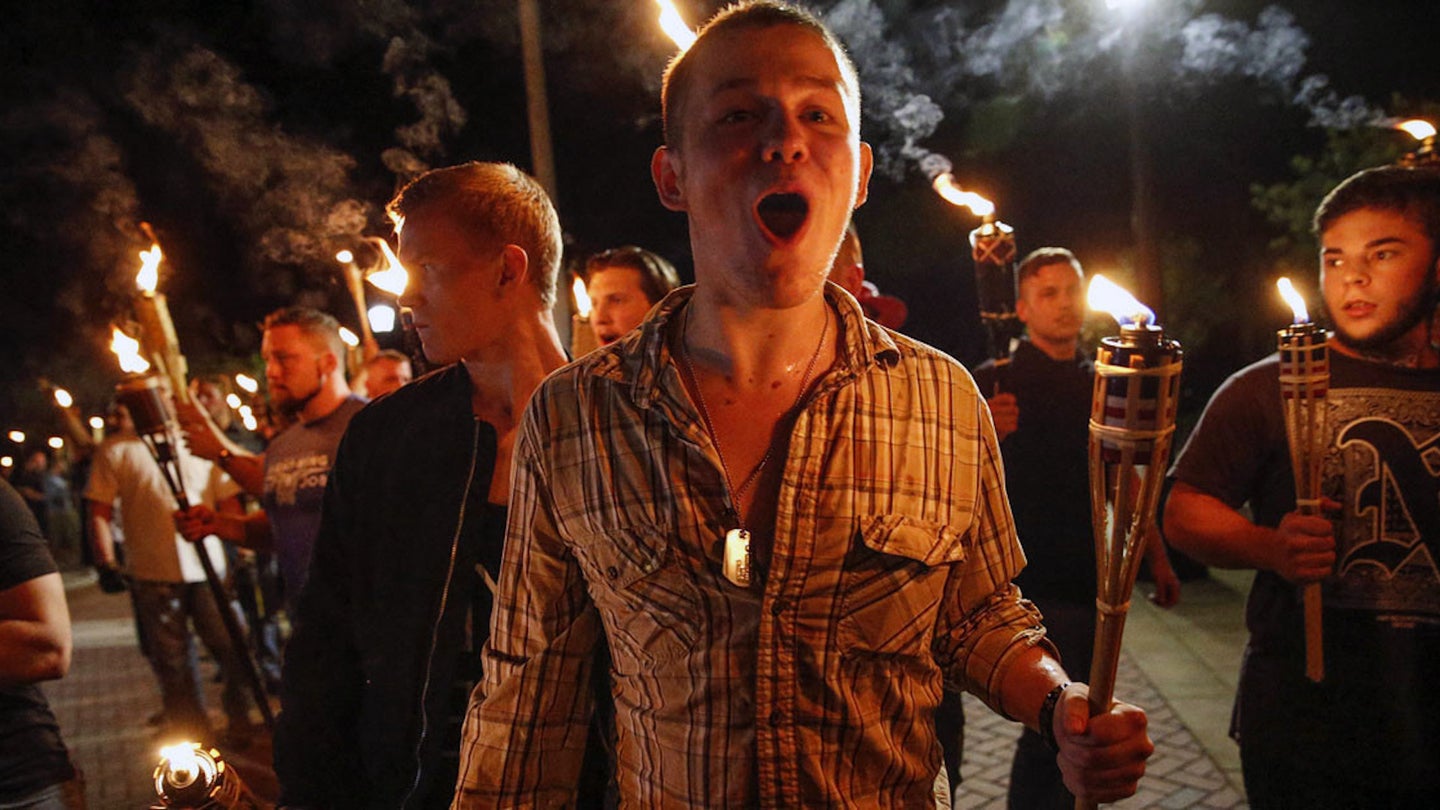 The Defense Department’s efforts to weed out service members who are affiliated with white supremacists and other extremist groups are finally showing some teeth now that the Pentagon has vastly expanded the definition of what constitutes “active participation” in extremist activities.

For years, the U.S. military has struggled with the problem of Neo Nazis and other extremists in uniform. A Defense Department report to Congress in 2020 found that extremists have numerous ways to avoid detection when being vetted as part of the enlisted process, such as using encrypted communications or aliases on social media. Separately, Task & Purpose has compiled a list of 40 current and former service members who have been involved in extremist activity since 2016.

Following the Jan. 6 Capitol Hill riots, which involved at least five service members and dozens of veterans, Defense Secretary Lloyd Austin ordered the entire military to hold stand downs to discuss the issue of extremism in the ranks. Austin later created the Countering Extremist Activity Working Group to delve into the matter further.

Based on the feedback that the working group received from those stand downs, the Pentagon announced on Monday that it has updated DoD Instruction 1325.06 to include a much longer list of activities that are now considered to be active participation in extremist organizations.

The Pentagon has also expanded its definition of “extremist activities” to include: advocating or engaging in violence or unlawful force to achieve goals that are discriminatory, political, or ideological; advocating discrimination based on race, national origin, religion, sex (including pregnancy), gender identity, or sexual orientation; using violence to deprive people of their rights under the U.S. Constitution; and other actions.

Until now, a loophole in Defense Department policy allowed service members to belong to extremist groups as long as they did not actively participate in those organizations. Moreover, DoD Instruction 1325.06’s previous definition of what the military considers “active participation” was only one paragraph long.

“Active participation includes, but is not limited to, fundraising; demonstrating or rallying; recruiting, training, organizing, or leading members; distributing material (including posting online); knowingly wearing gang colors or clothing; having tattoos or body markings associated with such gangs or organizations; or otherwise engaging in activities in furtherance of the objective of such gangs or organizations that are detrimental to good order, discipline, or mission accomplishment or are incompatible with military service,” according to the instruction, which dates back to 2012.

Under the updated policy, service members can be disciplined if they attend meetings or other activities for groups that they know are involved in extremism with the intention of supporting those extremist activities.

The policy further clarifies that troops cannot attend any meetings that constitute a breach of law and order, that are in violation of off-limits sanctions or other orders, or which may result in violence.

Troops are also not allowed to distribute any literature or other promotional material for extremist groups both on- and off-base, and they cannot receive any material from any groups or people who support extremism, according to the latest updates to the policy.

Furthermore, the Defense Department’s updated policy goes into extensive detail about what troops cannot do online and in social media to support extremist groups: “Including posting, liking, sharing, re-tweeting, or otherwise distributing content – when such action is taken with the intent to promote or otherwise endorse extremist activities. Military personnel are responsible for the content they publish on all personal and public Internet domains, including social media sites, blogs, websites, and applications.”

Pentagon spokesman John Kirby told reporters on Monday that the Defense Department does not plan to constantly monitor troops on social media to see if they like extremist content.

“There’s no ability for the Department of Defense to monitor the personal social media content of every member of the armed forces,” Kirby said during a Pentagon news briefing. “And even if there was, that’s not the intent here. What we’re talking about is a case where, for instance, it came to light that an individual on social media openly advocated, forwarded, encouraged the dissemination of prohibited extremist material. That would have to come to light through various streams of reporting. It wouldn’t be something that the command or the department is going to be actively fishing for.”

Like the Marine Corps, the Defense Department has also expanded the definition of extremist activity, to include supporting the overthrow of the United States government. Notably, the Pentagon is not defining which groups it considers to be extremist organizations.

Over the past several months, the Defense Department has identified about 100 active-duty and reserve component service members, who participated in extremist activities, said Kirby, who did not have a breakdown of what groups these troops belonged to.

When asked why the Defense Department is not listing which extremist groups that troops are not allowed to be part of, Kirby said that such organizations often change their names and ideals, and they can morph into new organizations. Not all extremists belong to a group, he added.

“If we got into coming up with a list of extremist groups, it would be only probably as good as the day we published it because these groups change,” Kirby said.