No Challenger 2 tanks have ever been destroyed by an enemy. 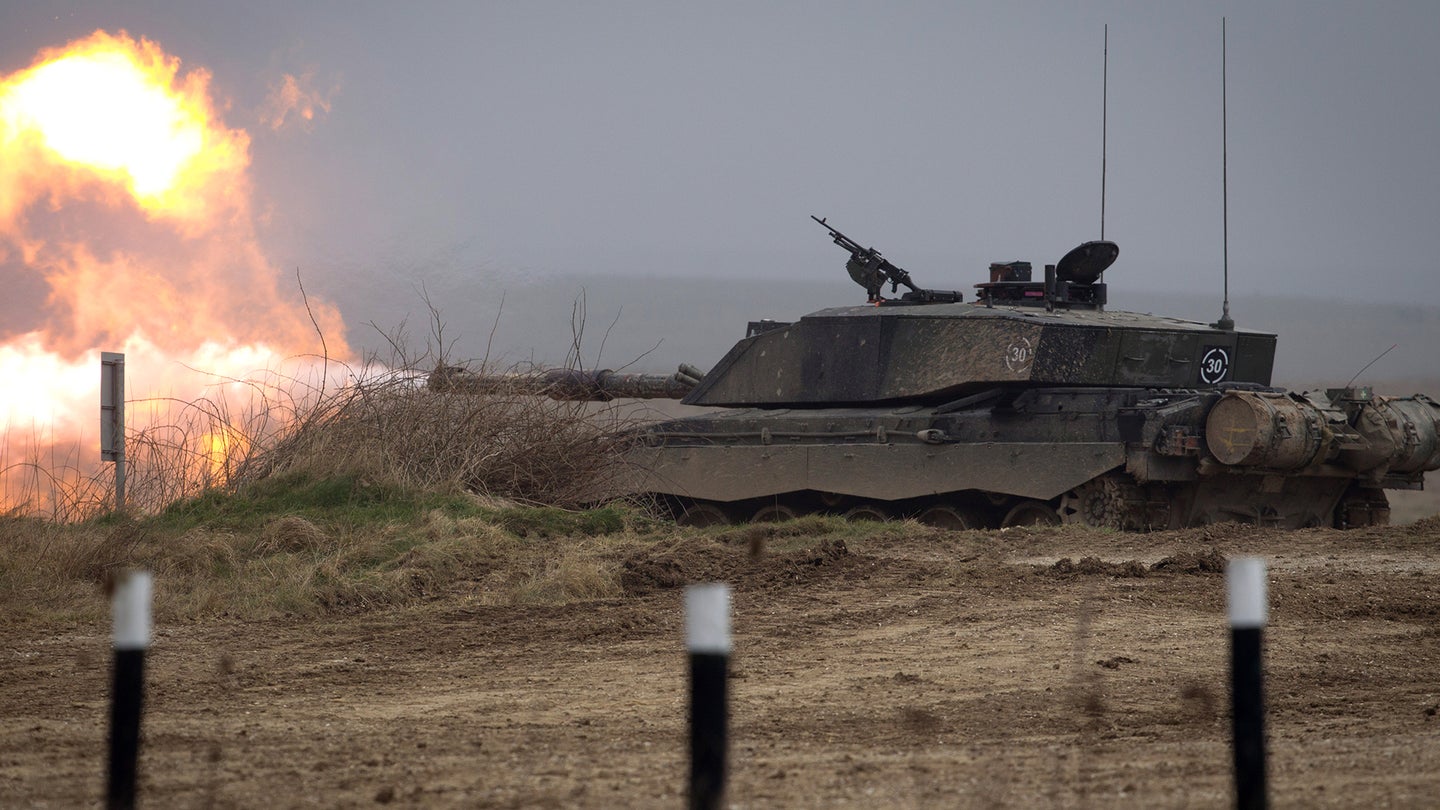 Great Britain has become the first country to announce it is providing Ukraine with Western-made main battle tanks, for which the Ukrainians have pleaded since Russia launched a full-scale invasion of their country nearly a year ago.

The British plan on sending a total of 14 Challenger 2 tanks to Ukraine along with 30 AS90 self-propelled guns in the coming weeks, British Prime Minister Rishi Sunak’s office announced on Saturday.

British troops will begin training Ukrainian forces how to operate the tanks and guns “in the coming days,” a news release from Sunak’s office says.

“[United Kingdom] defence and security officials believe a window has opened up where Russia is on the backfoot due to resupply issues and plummeting morale,” the news release says. “The Prime Minister is therefore encouraging allies to deploy their planned support for 2023 as soon as possible to have maximum impact.”

Britain’s decision to give Western tanks to Ukraine comes shortly after the United States announced it would provide Ukraine with 50 Bradley Fighting Vehicles. Germany will also send 40 Marder infantry fighting vehicles to Ukraine.

However, the United States and other NATO allies have been reluctant so far to give the Ukrainians Western main battle tanks. Germany has also not granted approval for Poland and other countries that use German-made Leopard II tanks to deliver some of those tanks to Ukraine.

Retired Army Lt. Gen. Ben Hodges, former commander of U.S. Army Europe, praised the British for providing Ukraine with Western tanks, adding he hopes the move will put pressure on the United States, Germany, and others to do likewise.

While tanks alone will not win the war or stop Russia from being able to fire missiles at Ukrainian cities, they will play a major role in bringing the war to a decisive conclusion, Hodges told Task & Purpose.

“Ukraine will continue building up an armored force, a division or more, that is trained and prepared to serve as the breakthrough formation for the next major offensive phase of the campaign,” Hodges said. “I’d anticipate that it’ll be at least two, maybe three, months before they’re able to do that.”

This breakthrough force will consist primarily of both Ukrainian and captured Russian tanks, but the addition of Western tanks as well as infantry fighting vehicles and artillery “will be key to making it lethal,” he said.

Until now, Poland, the United States and other countries have provided Ukraine with Soviet or Warsaw-era tanks. Both the United States and Netherlands are paying for 90 Soviet-era T-72s to be refurbished and sent to Ukraine. Twenty of the tanks had been delivered to the Ukrainians as of Jan. 9, said Defense Department spokesman Robert Ditchey.

U.S. military officials have consistently argued that it would be too difficult for Ukrainian forces to maintain Abrams tanks, which are powered by a gas-guzzling turbine engine that only gets three miles to the gallon in off-road travel.

“In terms of why aren’t we providing new tanks, or American tanks: Introducing a new main battle tank is extremely costly; it’s time-sensitive; and it would be a huge undertaking for the Ukrainian forces,” Pentagon Deputy Press Secretary Sabrina Singh told reporters at a Nov. 4 news briefing.

But the Ukrainians have continued to ask for M1 Abrams tanks. Most recently, Ukraine’s defense ministry released a video paying homage to Chevrolet’s classic “Like a Rock” commercials that reiterated the country’s request for Abrams tanks.

Ukraine’s Minister of Foreign Affairs Dmytro Kuleba tweeted on Monday that he had thanked British Foreign Minister James Cleverly for Britain’s “historic” decision to give Ukraine Challenger 2 tanks and artillery.

“James confirmed his readiness to work together on persuading other nations to provide Ukraine with Western-type tanks,” Kubela tweeted.