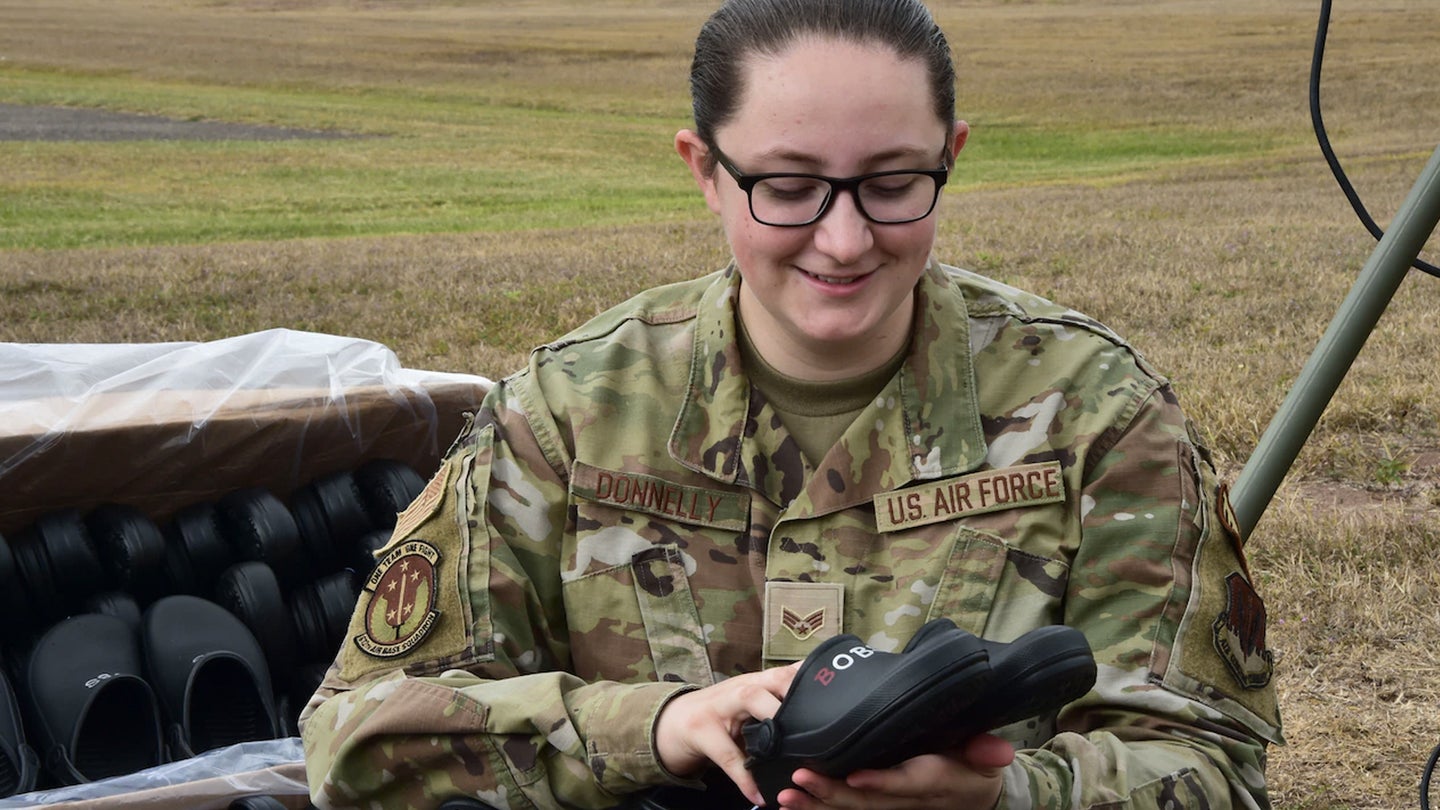 At least, that’s the impression one might get from Senior Airman Britney Donnelly, who donated 1,368 pairs of shoes for kids in need during the airman’s six-month deployment to Honduras.

“As soon as I got here, I was thinking of something that I could do to help, especially during the season of giving — it’s my favorite time!” said Donnelly, a weather forecaster with the 612th Air Base Squadron deployed to Soto Cano Air Base.

Honduras is one of the poorest countries in the Western Hemisphere, and service members deployed to Soto Cano frequently volunteer by supporting orphanages or homes for underprivileged children, the Air Force wrote in a press release. Donnelly wasted no time finding her own chance to help.

“Airman Donnelly came to me as soon as she found out that I was the orphanage point of contact [for our unit],” said Tech. Sgt. Angela Lawrence, deputy airfield manager with the 612th. “She’s a rock star, she’s been trying to get a bunch of donations and being as involved and helpful as she can.”

Donnelly did some research and came across Soles 4 Souls, a Tennessee-based nonprofit that distributes donated shoes and clothes around the world and has a distribution center near Soto Cano.

“Originally, I was hoping to get at least 75 pairs for the orphanage that the 612th volunteers with,” she said.

The airman got way more than that, partly due to a miscommunication with the Soles 4 Souls vice president of outreach.

“When I got in contact with them, she said she was able to get me five boxes of each size,” Donnelly said. “I was under the assumption that I would get five pairs of each size, not each box having 36 pairs each. It was a very great surprise!”

Like any good airman, Donnelly adapted to the situation. It was almost as if she took Air Force Chief of Staff Gen. Charles “CQ” Brown Jr. ’s motto “accelerate change or lose” and spun it into “accelerate change or shoes.” Donnelly reached out to other units at Soto Cano so that they could distribute some of the shoes to the orphanages they volunteer with.

“I would love to see the people that receive them and the impact that this has,” the airman said. “This is one big shipment, so hopefully this will last us a little bit, and I would love for the unit to continue this project and keep it going.”

For Donnelly, volunteering is not just a downrange hobby. When she’s back at her home base of Davis-Monthan Air Force Base, Arizona, she works with animal shelters and the Humane Society of Southern Arizona. So back off Navy, Senior Airman Donnelly is the real ‘global force for good.’