An Airman Was Jailed For Giving A Cop A Wet Willy

A drunk airman home on leave in Minnesota gave a local police officer a “double wet willy,” licking a finger... 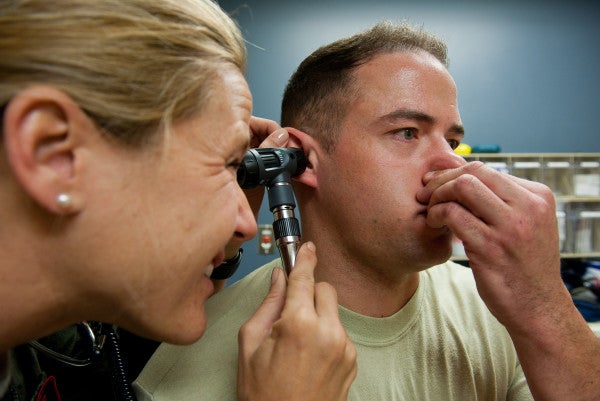 A drunk airman home on leave in Minnesota gave a local police officer a “double wet willy,” licking a finger on each hand and sticking them in the officer’s ears, and now he has to pay the price for his crimes.

Minnesota’s Mankato Free Press has the story of how 24-year-old Riley Swearingen was jailed on a felony charge of assaulting a police officer with bodily fluids, which is a gross and oddly specific law.

Swearingen was on his way home from enjoying the bustling Mankato, Minnesota, nightlife when he boarded a drunk bus, and gave a double wet willy to the police officer, who was talking to the driver.

It’s unclear how Swearingen, an air traffic controller assigned to Seymour Johnson Air Force Base in Goldsboro, North Carolina, thought this would end, but he ended up spending the weekend in jail, missing the wedding he came home to attend.

“I thought it would be incredibly funny to give a police officer a wet willy, to which I was sorely mistaken,” Swearingen told District Court Judge Kurt Johnson who he appeared before the next Monday morning. “I'm incredibly sorry for what I did. I never thought I would be going to jail for the weekend.”

Johnson offered Swearingen the chance to plead down to the misdemeanor charge of disruptive intoxication. He quickly accepted the deal and and was sentenced to time served (three days) and ordered to pay $77 in court costs.