Police in Texas have Spc. Taylor Patterson, a 22-year-old soldier stationed at Fort Hood, Texas, in custody, after a night... 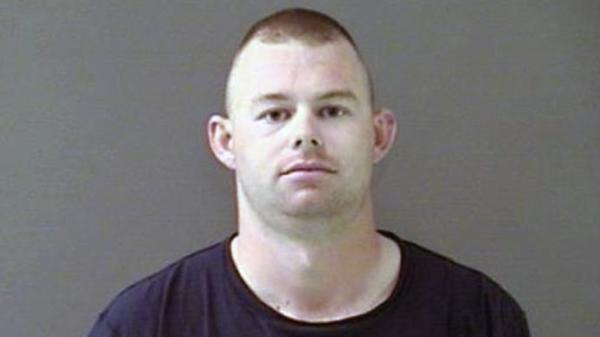 Police in Texas have Spc. Taylor Patterson, a 22-year-old soldier stationed at Fort Hood, Texas, in custody, after a night of pretty incredible drunken debauchery, based off of local news reports.

Officers in Harker Heights, just outside of Fort Hood, found a drunk Patterson after responding to a 911 call May 24 at 4 a.m. reporting an unresponsive man sitting in a car behind a building, according to the local CBS affiliate, KWTX in Waco.

Police found Patterson at the scene and called an ambulance, “due to the apparent intoxication of the individual,” local authorities said in a press release. This detail will become very important in a moment.

None of this is particularly newsworthy yet. Drunk people are arrested in America every day. But it’s about to get amazing.

Now under arrest, Patterson decided he wanted to make a break for it, despite the fact that he was in double-locked handcuffs in the back of a patrol car with his seatbelt buckled. He allegedly somehow managed to unbuckle his seatbelt and maneuver his restraints in front of him.

“He was somehow able to defeat both the seat belt and get his handcuffs to the front where he proceeded to force open the locked screen that separates both the prisoners and the officers,” Wilson said.

He then tried to tactically acquire the police shotgun in the car, but was — thank God — unsuccessful in that endeavor. Patterson did, however, succeed in firing a round from the weapon.

After unsuccessfully attempting to drive off in the police car, he jumped behind the wheel of the ambulance, crashed into at least one police car at the scene, and took off down the highway. Patterson, still handcuffed, led police down Highway 190 in Texas, and according to KWTX, he used the radio in the ambulance to taunt police, telling them he was heavily armed and had been trained as an Army Special Forces soldier.

Sometime thereafter, the ‘Special Forces soldier’ crashed into a pole near an exit and was taken into custody.

“Everybody was shocked, everybody was surprised but when you have someone with an altered mental state because of alcohol and they're determined and they're focused … things can happen,” Wilson said.

Miraculously, no one was injured in the incident, and Patterson is in jail (see if that holds him) awaiting charges.