Hector Barajas came to the United States from Mexico when he was 7 years old and became a green card-carrying... 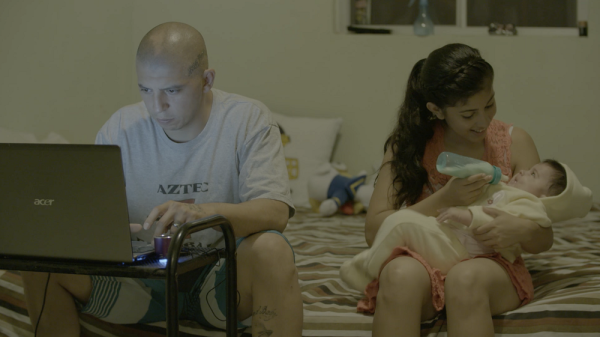 Hector Barajas came to the United States from Mexico when he was 7 years old and became a green card-carrying resident, meaning he could legally live and work in the U.S., but was still subject to deportation. Deciding that he wanted to give back to his adopted country, he enlisted in the Army at 18. Barajas served in the 82nd Airborne from 1995–2001 when he left the service with an honorable discharge.

After the military, Barajas made a string of bad decisions that landed him in prison for a year and a half for discharging a firearm, but because of his immigrant status, he was deported to Mexico in 2004. When he was deported, Barajas was banned from the U.S. for 20 years, a ban he broke when he illegally re-entered the country to be with his newborn daughter. He was exiled in 2010 and was once again sent back over the border to a place he didn’t grow up in and had few ties to.

There’s also Howard Bailey, a Navy veteran of the Gulf War and father of two, who was deported to Jamaica six years ago where he struggles to make a living as a pig farmer. After serving 15 months in a state work camp for drug possession, Bailey turned his life around, but was picked up by immigration officers years later when he filed for U.S. citizenship.

Mauricio Hernandez, an Army combat veteran from the war in Afghanistan, was deported to Mexico after receiving convictions for drug possession and the possession of an illegal firearm. He works as a martial arts trainer for troubled youth in Tijuana, Mexico.

Barajas, Bailey, and Hernandez are three of the veterans that will be profiled in Mike Seely’s upcoming documentary, “Exiled: America’s Deported Veterans.” Barajas and Bailey received honorable discharges and Hernandez received a general discharge under honorable conditions. All three were legal green card holders, but were deported for committing a crime. Their deportation occurred after they’d already paid their dues to society, sometimes in the form of jail time or a prison sentence, Seely told Task & Purpose.

When veterans are deported, many return to countries they haven’t seen since they were children. They often have few familial ties there and little support. Seely said he didn't realize that veterans could even be deported, adding that he became aware of the issue when his wife returned from a vacation in Tijuana, Mexico, with a pamphlet given to her by a deported U.S. veteran.

When deported veterans are forced to leave their families, as both Bailey and Barajas were forced to do, their lives are completely disrupted. In addition, veterans who are receiving treatment from the Department of Veteran Affairs for service-connected disabilities find themselves suddenly cut off, which means that in addition to facing cultural and financial barriers, some may face significant health challenges, Seely explained.

While military service can be a fast track for citizenship, it is not guaranteed. In addition, a military veteran still needs to apply to be a citizen, said Seely, adding that many of the veterans he spoke with never got around to filing for citizenship, were uninformed of the process, or chose not to because they were legal residents.

Seely said that he’s focusing on deported veterans because he doesn’t feel that the punishment fits the crime.

“I think it’s a slap in the face to a veteran to deport them,” said Seely. “Even if they have committed a crime. If you’re willing to put your life on the line for your country that says a lot and they should be afforded that respect.”

Immigrant veterans face deportation because they’ve violated immigration laws, however, it shouldn’t be an extension of criminal punishment, said Seely.

“Especially after these guys have served their time for things they’ve done.”

Alisa Wellek is the executive director for the Immigrant Defense Project where she has worked for eight years helping those facing deportation by ensuring they have access to proper legal representation.

Welleck has been working with Bailey to try to overturn his deportation ruling for the last two years. It wasn’t always the case that people were subject to mandatory detention and deportation, Welleck told Task & Purpose.

In 1996, the laws changed to include something called aggravated felonies, which can result in immediate deportation. Welleck explained that “a crime doesn’t have to be aggravated or a felony” to be considered an aggravated felony and can include minor offenses like drug possession. Additionally, in aggravated felony cases, judges have little discretion to weigh the merits of a veteran’s service.

It’s unclear how many U.S. veterans have been deported since the law was changed in 1996 — the government doesn’t track those statistics, explained Gillian Christensen, a press secretary for U.S. Customs Immigration Enforcement in an email to Task & Purpose. What is clear is the significant toll it takes on individual veterans who have been deported.

“It upsets me that our government is doing these kinds of things,” said 38-year-old Barajas in a phone interview with Task & Purpose. “These politicians will easily send you to another war, or draft these guys, but they won’t step up to the plate and support the troops like everybody talks about.”

Hector Barajas sits at his computer desk at the Deported Veterans Support House in Tijuana, Mexico.Photo courtesy of Hector Barajas

After he was permanently deported, Barajas struggled with homelessness and substance abuse before getting a second start when he founded the Deported Veterans Support House in Tijuana, Mexico, in October 2012. The support house, dubbed The Bunker, offers room and board to deported veterans, free of charge and has housed 20 veterans since it was founded. There are currently two veterans staying at the house and Barajas is in contact with more than 100 military veterans from more than 30 countries.

“If you come to the bunker you’re going to see there’s more than 30 American flags,” said Barajas. “We’re as American as apple pie, just different cultures.”

However, he still holds out hope even though he faces a lifetime ban from the country he served and where his daughter lives, growing up without him.

“One of the things I like about the United States, is if there’s something that needs to be changed and it's a worthy cause, it’ll happen, said Barajas. “A piece of paper shouldn’t define whether or not you're an American. It’s what you believe.”

Learn more about the Immigrant Defense Project and their support of deported veterans at their website.