A Secret Group Of Veterans Played Rebels In ‘Rogue

It doesn’t matter if you’re the most badass guy on the planet, if you grew up dueling with blasters and... 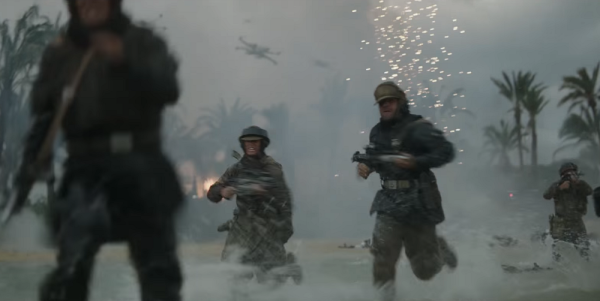 It doesn’t matter if you’re the most badass guy on the planet, if you grew up dueling with blasters and sabers in an imaginary galaxy far far away, you’ll always be a Star Wars fan.

Which means it must have been really frigging tough for a group of service members and veterans who signed on to play rebels in “Rogue One: A Star Wars Story,” but couldn’t tell anyone about it.

For the newest installment in the franchise, the filmmakers recruited current and former service members from the Royal Navy, the British Army, and the Royal Air Force to play rebel troops, according to a press release from the British military. The service members and veterans signed a nondisclosure agreement and were barred from speaking about the set, the plot, or what they did while working on the film.

What we do know is that the producers enlisted 40 current and former service members after the Soldier in Blue talent agency sent out a request for helicopter and jet pilots between the ages of 25 and 55. Military pilots, instructors, ammunition loaders, and ground troops were transformed into X-wing pilots, rebel ground crewmen, and whatever the Star Wars are the equivalent of Marines.

The first time the service members and veterans heard the offer, most of them thought it was a joke.

“When our asked us if we wanted to be an extra in the next film during a morning brief, nobody put their hands up,” said one of the service members. “We all thought it must be a wind-up. It took him most of the day to convince us that he really did know someone who was looking for a body of men to mill around in the background and do what they were told.”

According to the British magazine Mirror, many of the troops who eventually signed on had served in combat; some as helicopter pilots and crews in Iraq and Afghanistan, and a few alongside Prince Harry, himself an Apache helicopter pilot.

Because the military actors were sworn to secrecy about their work on the film, it’s unclear exactly what they were tasked with doing, whether it was just “milling around,” as they said, or if they had the chance to hop behind the cockpit of an X-Wing. Many were thrilled just to be on set.

“All the guys on our squadron are massive Star Wars fans,” said one of the service members.

If nothing else, it’s good to hear that the newest installment, which hits theaters on Dec. 16, will feature real-life good guys stepping forward to battle the evil galactic empire.