Astronaut Buzz Aldrin Will Model For An Underwear Fashion Icon

Buzz Aldrin, the legendary astronaut who became the second man ever to walk on the Moon, will be strutting his... 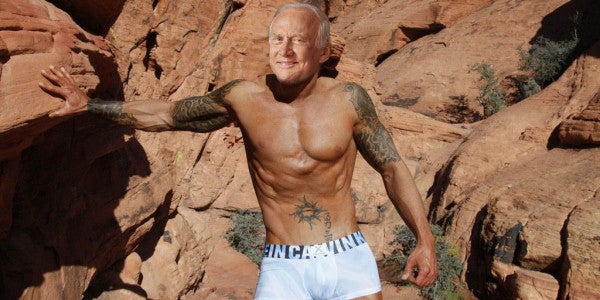 Buzz Aldrin, the legendary astronaut who became the second man ever to walk on the Moon, will be strutting his stuff on a different stage: the catwalk.

During New York City Fashion Week this year, 86-year-old Aldrin will be closing out the show for Nick Graham, founder of the underwear company Joe Boxer.

Page Six reported Aldrin said, “I’ve walked on the moon, so how hard can it be to walk in a fashion show?”

Graham’s line is supposedly centered on Mars, with galactic-style formal wear. The collection will be called “Life on Mars: Fall-Winter 2035.”

What’s more, Page Six wrote, is that the inimitable Bill Nye is narrating the show.

“I’m a huge fan of both Bill Nye and Buzz Aldrin,” Graham told WWD fashion blog. “Both of them have had an enormous impact on our understanding of science and space. To work with them on the Mars show is so exciting. And besides, Mars is the new black.”