The Rock’s Next Role Could Be His Toughest Yet

What started off as a joke in the middle of the 2016 presidential election chaos may become a reality: Could... 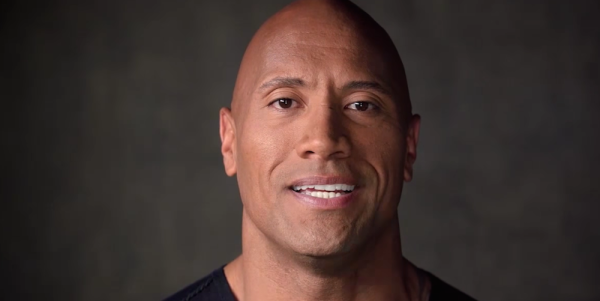 What started off as a joke in the middle of the 2016 presidential election chaos may become a reality: Could wrestler-turned-movie-star Dwayne “The Rock” Johnson make a make a bid to become commander-in-chief in 2020?

“I think that it's a real possibility,” he told GQ in a recent interview. “There was a real sense of earnestness, which made me go home and think, ‘Let me really rethink my answer and make sure I am giving an answer that is truthful and also respectful.’”

Talk of a Johnson 2020 run has been brewing since 2016, when Independent Journal Review published a story about how Johnson could be the man to save last year’s election cycle. A long-time registered Republican, Johnson “has cross-party appeal,” having also attended the Democratic National Convention in 2000. And in the aftermath of Donald Trump’s media-driven rise to the presidency, every celebrity you’ve never heard is running for office, The Rock seems well positioned to turn his universal popularity into political power.

Is it all that crazy to think he could do it? People don’t seem to think so. In 2016, The Washington Post that Johnson’s story make him appealing to a broad swath of American voters.

“He grew up all around the country because of his father’s job but makes his home in Florida, an important state in presidential election years and the place where he played football for the University of Miami. (The locker room was named for him after he made a major donation). Since his pivot to movie stardom, Johnson has become one of the most consistently likable celebrities in America, as measured by the Q Scores Company; he’d begin any race not just with high name recognition, but also with high favorable ratings. Johnson is even descended from James Bowles, a free black man who fought with the British during the Revolutionary War when the kingdom offered land and freedom to black Americans who joined their side. (His mother’s side of the family is Samoan.)”

But it’s not just Johnson’s fame that makes him appealing. He’s humble, hardworking, and came from nothing to live the ultimate American dream.

“‘Johnson grew up poor; he speaks of his family's eviction from a one-room apartment as the formative experience of his adolescence,’ GQ wrote in a glowing profile May 10. ‘He racked up numerous arrests for fighting and petty theft while still a minor. In high school, he found football, which helped him find college.’”

That’s the thing: Johnson’s just a good dude. And according to GQ, he’s an incredible listener, and has the memory of an elephant. His work schedule is as crazy as the President’s, and the fact that he is ethnically diverse could work in the Republican’s favor — or the Democrats, depending on which party he chooses.

Though Johnson avoided going public earlier, he also told GQ that both presidential campaigns wanted his endorsement last year, “which I did not give,” he said. “I feel like I'm in a position now where my word carries a lot of weight and influence, which of course is why they want the endorsement.”

From the looks of it, the 2020 presidential field will be backed with celebrity candidates, but we’ll be keeping our eye on The Rock. After all, if Kanye West keeps his promise to run in 2020, the strong, level-headed Johnson may be the perfect antithesis to the bombastic rapper-turned-fashion-mogul.