Great news for people who are fans of epic television dramas and hard liquor. There’s going to be a Jack... 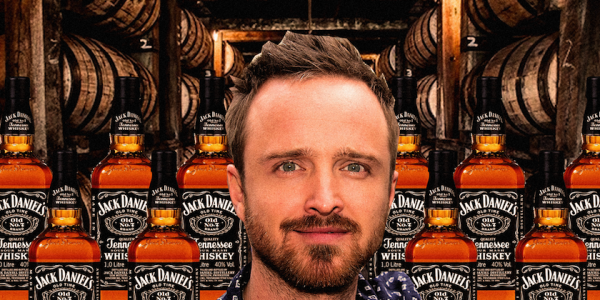 Great news for people who are fans of epic television dramas and hard liquor. There’s going to be a Jack Daniel’s TV show. No, silly, it’s not about the adventures of an anthropomorphic bottle of delicious Tennessee whiskey. (Come on! That’d just be really, really stupid.) Rather, the show will tell the incredible tale of Jack Daniel, the real-life whiskey guru who broke into the booze business as a rascally teenage bootlegger during the Civil War before building the biggest whiskey empire on planet Earth.

According to The Hollywood Reporter, cable network WGN America has commissioned the show, which will be based on Peter Krass’ 2004 nonfiction book “Blood and Whiskey: The Life and Times of Jack Daniel.” Never heard of it? Join the club. Set to play the show’s titular character is Aaron Paul, whom you may know as Jesse Pinkman, Walter White’s scrappy but lovable sidekick in “Breaking Bad,” another show about a substance (meth) that will destroy your life if you do it too much.

Jack Daniel, the man, perished of blood poisoning in 1911, while Jack Daniel’s Tennessee Whiskey went on to become the top-selling American whiskey in the entire world. The whiskey is still produced in Lynchburg, Tennessee, the town where Daniel was born in the mid 1800s and also where he died childless and unmarried. But what he lacked in offspring, Daniel made up for in facial hair, which was lush and abundant. We can only assume a little Hollywood magic will be required to help Paul replicate that mighty flavor-saver.

No studio is attached to the project yet, so it may be some time before it comes to fruition. But Andrew Colville, one of the writers of “Mad Men,” has been pegged to pen the script, and several other big-name, behind-the-scenes-types have also been named executive producers. All of this greatly improves the chances of the show actually happening. That, of course, means it’s time to begin stocking up on Jack Daniel’s in anticipation of the Jack Daniel TV show drinking game. The rules are simple: Every time someone says “y’all” or “devil water” you have to take a shot. Then you die of alcohol poisoning.