Combat Is No Place For An Identity Crisis, But That Doesn’t Mean Transgender Troops Shouldn’t Be Allowed To Serve

I am sure by this point in time that most everyone is well aware of the so-called ban that President... 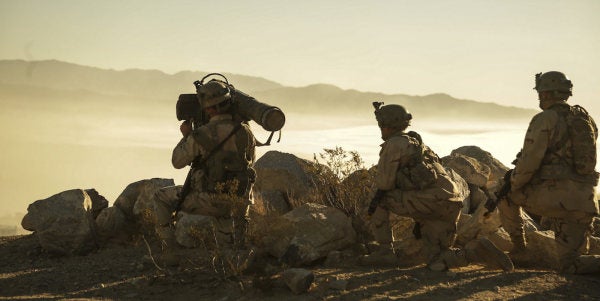 I am sure by this point in time that most everyone is well aware of the so-called ban that President Donald Trump placed on transgender people serving “in any capacity” in the U.S. military, but I feel some crucial aspects are being woefully unreported or misrepresented, especially on social media.

I see a lot of posts in support of the ban from individuals who served in very intensive combat roles that required them to live in the middle of nowhere, tasked with defending their patrol bases with nothing but their trusted comrades to their left and right of them until the very end. In no way is this a place for service members trying to figure out their overall sexual or social identity, regardless of if they are gay, transgender, or straight. Readiness is readiness, standards are standards. Still, many of the current members of the military who are openly transgender have been so for a long time; they are not wishy-washy on their ideals and are confident in their identity. In fact, they had to protect their true identities up until last year.

The DoD transgender implementation fact sheet put out by the Obama administration states, “Our initial accession policy will require an individual to have completed any medical treatment that their doctor has determined is necessary in connection with their gender transition, and to have been stable in their preferred gender for 18 months, as certified by their doctor, before they can enter the military.” Further:

To me, this seems rather straightforward and still leaves many checks and balances in place to prevent what some see as the ability of someone who wants to transition to do so in a very casual manner. “Yep, I selected ‘female’ on my DEERS last night Sarn’t, looks like I’m only doing 13 push-ups this morning,” isn't going to happen. It’s not an easy process, or a decision the military is taking lightly in the policy its put forward so far.

Maybe we need to take a closer look at the overall direction of our armed forces and the implementation of standards and readiness as a whole. The vast majority of transgender individuals of the military are not serving in roles that are on the limits of our war effort. They are working and conducting themselves in arenas with already limited workers and resources and usually at very high standards of professionalism. The ability of any individual to perform a job should be reviewed at the individual level, and if the standards put in place are met, then service in whatever capacity they desire should be allowed.

Unfortunately, Trump’s announcement of the ban via Twitter with little-to-no notice to military leadership prevents the Department of Defense of completing the review that was already underway. According to reports by multiple outlets, Secretary of Defense James Mattis was only given a day's notice of the impending ban and was reportedly “appalled” by the rollout. Army Gen. Mark Milley, the Army’s chief of staff, found out about the ban “the same way everybody else did — on the news.”

In no way is this a place for service members trying to figure out their overall sexual/ social identity, regardless of if they are gay, transgender, or straight.

Now military leadership is scrambling to figure out how and when it will be put in place. How will this affect the current transgender service members who are openly serving in our armed forces right now? Will they be forced out of the military all together for being honest about their true selves and how they desire to be identified/recognized? This lack of knowledge at the command level and down to the individual soldier results in a period of distrust and disenfranchisement with the idea that overnight someone's career can be placed in jeopardy via Twitter.

This is not the type of impulsive decision-making that the country needs right now: The anti-Trump public-relations machine is running 24/7 and when the Army's highest ranking officer does not know about a ban that affects his soldiers, albeit a small amount of them, it causes an immediate and substantial backlash to the policy enactment regardless of how justified or pragmatic it may be. This type of declaration is one that opposition groups do not take lightly, and when it's done in a way that leaves no wiggle room on policy, it becomes increasingly difficult to ever reach a compromise and move forward with implementation.

If the idea is to prevent individuals currently undergoing transition from admission to the military on the grounds that the process is physically and mentally very difficult and throwing them into the tumultuous indoctrination of the military would not be in the best interest of anyone, then I'm all for it. But that decision needs to come from the military leaders who are responsible for American service members and rolled out in a clear action plan that doesn’t leave open more questions than answers.

With Trump’s impulsive tweets, that opportunity has been thrown out the window.