The Defense Department is not safe from the culture wars. 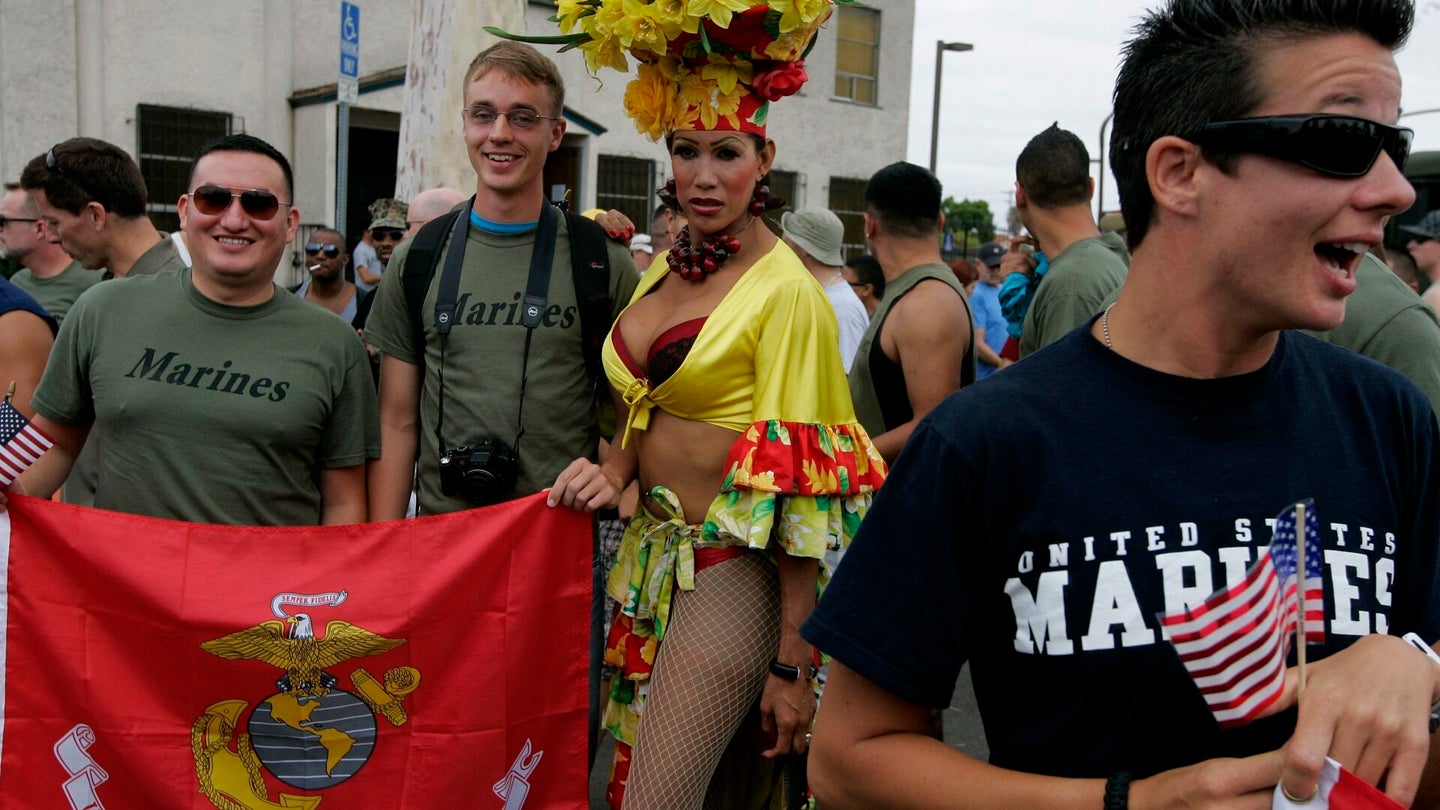 The Russian invasion of Ukraine grinds on. China continues to threaten Taiwan. But the Defense Department is getting pulled into an entirely different kind of conflict: The war against drag shows.

A new bill introduced by Rep. Glenn Grothman (R-Wis.) would prevent the Defense Department from using any money toward “organizing, promoting, or hosting drag shows as a means of diversity, equity, and inclusion initiatives.”

In an interview with Task & Purpose, Grothman explained why he feels this issue is important enough to deserve the attention of Congress as well as the Defense Department, given the numerous national security threats facing the country.

“I think – as in corporate America, as in the education establishment – there is an overall effort being made to make the military more woke – they don’t like that word, but I’ll use it here,” Grothman said. “And, I think a woke military is probably a less productive military.”

Grothman’s bill comes among a wider effort by Republican lawmakers to ban children from attending drag shows. Following a torrent of criticism, Ramstein Air Base in Germany canceled a Pride Month event planned for June, at which a drag queen had been expected to read stories to children at a base library. Sen. Marco Rubio (R-Fla.), one of the event’s top critics, wrote a letter to Air Force Secretary Frank Kendall, in which Rubio argued: “As I hope you can agree, decisions over children and their bodies should be left to moms and dads serving our nation, not mediated through publicly funded propaganda on U.S. Air Force bases.”

Grothman said his proposed legislation was inspired by a July 30 event held at Joint Base Langley-Eustis, Virginia: The Diversity, Equity & Inclusion Summer Festival. Although Joshua Kelley, a sailor who performs in drag as “Harpy Daniels,” was expected to perform at the event, Kelley did not attend the festival, according to the Navy.

Conservative media outlets expressed outrage at the notion that a man in drag would perform at the event, which included activities for children.

Grothman, who co-sponsored legislation that would have prevented any money from funding chief diversity officers and similar positions within the Defense Department, said he believes troops should constantly focus on winning wars, and drag shows are an unnecessary distraction that will ultimately leave service members less prepared to fight and win.

“We just have to keep on the military to make sure they don’t degenerate into some politically correct, woke institution,” Grothman said. “If we had $100 million left over with nothing to do, we still shouldn’t spend it on this garbage because it weakens the military. It rots the brain.”

Even though Kelley ended up not performing at the Joint Base Langley-Eustis festival, Grothman said the fact that he had been scheduled to be there in the first place was problematic.

A post on Joint Base Langley-Eustis’ Facebook page that had announced the festival ultimately had to turn off its comments in the face of a backlash that included personal attacks.

“This event was an opportunity to celebrate the diversity of our teammates and our families and we’re very proud of the teams and individuals who made our first DE&I festival a success,” the July 30 Facebook post says. “The event committee purposely advertised the performers to empower individuals and their families to choose which portions of the event they wish to attend.”

History shows that having a more diverse force has increased the U.S. military’s warfighting capabilities. During the Battle of the Bulge the Army was still segregated, but the United States had to combine Black and white soldiers into the same units in order to have enough combat power to blunt and ultimately push back the German offensive. More than 2,200 Black soldiers served in integrated platoons.

Criticism that ending the ban on allowing gay and lesbian troops to serve openly would somehow hurt readiness turned out to be unfounded. The military did not collapse after the Don’t Ask, Don’t Tell law was repealed in 2011.

And more women are filling combat arms jobs that were once closed to them as another barrier falls. In March, the 100th woman graduated from the Army’s grueling Ranger School.

The road for transgender service members hit a detour when they were banned from joining and serving in the military during President Donald Trump’s administration, but that changed shortly after President Joe Biden took office.

The military’s gradual and halting acceptance of fluid gender identities began in March 2014, when  six service members at Kadena Air Base, Okinawa, held what may have been the first drag show on a U.S. military base, Stars and Stripes reported at the time. Organizers had hoped 75 people would buy tickets for the event, but they ended up selling 400 tickets.

While not speaking about Grotham’s proposed legislation, Navy Cmdr. Nicole Schwegman, a Pentagon spokeswoman, provided Task & Purpose with a statement about why the Defense Department values diversity and inclusion.

“Diversity is one of our military’s greatest strengths and works best when our force represents all Americans,” Schwegman said. “Our people’s experience, professionalism, and commitment have always been our decisive advantage. Diverse backgrounds and experiences contribute to the innovative thought, creative adaptation, and cultural understanding necessary for us to successfully operate in today’s complex, asymmetric environments.”

For Lucas Schleusener, an advocate for gay, lesbian, and transgender professionals in the national security community, Grothman’s bill is both unnecessary and malignant.

“I think it’s unfortunate that the congressman believes the lives and hobbies of servicemembers should be subject to his social engineering agenda,” said Schleusener, president and co-founder of Out in National Security. “Taking time and effort to target a minority group that serves at disproportionately high numbers is a waste of taxpayer dollars, congressional oversight, and degrades overall readiness.”