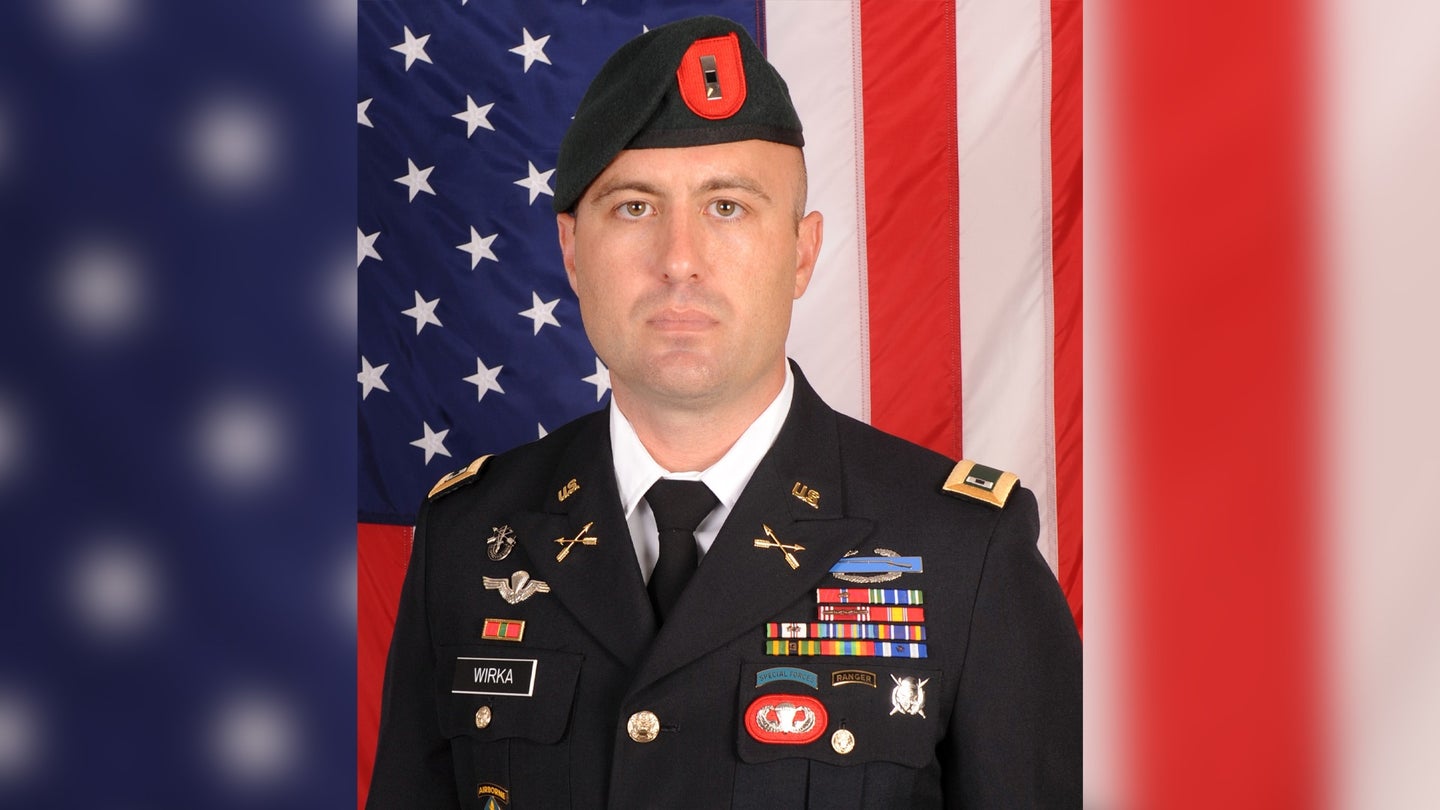 Warrant Officer John Wirka Jr. was found dead on Jan. 14 as a result of what defense officials are describing as a “a non-combat related incident.”

When contacted by Task & Purpose, 7th Special Forces Group spokesman Maj. Andrew Harshbarger said he could not provide any information about where or how Wirka died because the incident is still under investigation.

“At this time our primary focus is to provide care to his family during this trying time,” Harshbarger said in a statement. “Please keep his family in your thoughts and prayers as they navigate this painful situation.”

Wirka, 36, is survived by his wife and their daughter, a news release from 7th Special Forces Group says.

“On Jan. 14, 2021, Warrant Officer John Wirka, from our 2nd Battalion, died from a non-combat related incident,” Col. John W. Sannes, the 7th SFG commander said in the press release. “With this tragic event, John leaves behind his spouse and one child. John served his nation honorably and was loved by many.”

Born in Tampa, Wirka enlisted in the Army in February 2010 and completed the Special Forces Assessment and Qualification Course two years later, the news release says.

After being assigned to 3rd Battalion, 7th Special Forces Group (Airborne) at Eglin Air Force Base, Florida, he deployed several times in support of operations in Afghanistan as well as the U.S. Northern and Southern Command theaters.

He went on to train 7th Group personnel in maritime operations and evaluated candidates for the Combat Diver Qualification Course, of which more than 50 dive-qualified soldiers joined the Special Forces Regiment.

Wirka was commissioned as a Special Forces Warrant Officer in 2020 and he was assigned as the assistant detachment commander within the 2nd Battalion, 7th Special Forces Group. His awards include two Bronze Stars, two Afghanistan Campaign Medals, and three Army Good Conduct Medals.

“We are deeply saddened by the loss of one of our finest soldiers,” Sannes said in the statement. “Our priority of effort now is to provide the best possible care to his family. Please keep his wife Erica, his child, his family, and his teammates in your thoughts and prayers while they grieve through this difficult time.”