The military’s elite special operations forces are facing a troubling and deadly rise in the number of parachute deaths that... 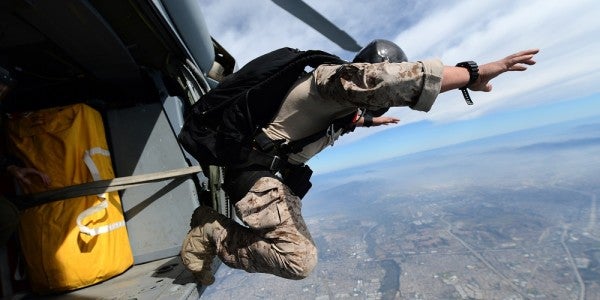 The findings are based on information from the military’s investigations into the deaths, released to Military Times under the freedom of information act.

On March 18, 2015, Navy SEAL Petty Officer 3rd Class Jason Kortz was killed while performing a high-altitude, high-opening jump. The resulting Navy investigation determined that Kortz was ordered to perform the jump before he was ready, and that his death was “preventable,” reports Military Times.

Related: The Military Has A Flight-Readiness Problem That’s Not Going Away »

Following Kortz’ death, Adm. Brian Losey, then-commander of Naval Special Warfare Command, ordered a review of his command's air operations. According to Military Times, Kortz’ death was not an isolated incident. He was one of 11 special operators killed between 2011 and 2016, which marks a 60% rise over the past five years, based on records obtained by Military Times.

Equally troubling is that there appears to be no common link between the incidents. Since 2013, the Navy SEALs have lost four operations in parachute accidents. The Marines lost three since 2009 and the Army lost one Green Beret and one Ranger in the same time period. Neither was there a single factor attributed to the jump deaths, Military Times notes. Of the 11 SOCOM parachute deaths that occurred since 2011, eight involved free falls with heavy combat gear. This includes high-altitude, high-open jumps as well as the most dangerous jump, high-altitude, low-open jumps. Three of the 11 jump deaths involved static-line jumps, where the parachute opens immediately after leaving the aircraft.

The rise in training deaths alarmed senior leaders at U.S. Special Operations Command and in September 2015, two weeks after the investigation into Kortz’ death was completed, SOCOM’s commander at the time, Army Gen. Joseph Votel, halted all free-fall jumps for three months.

What followed was a SOCOM-wide review of all free-fall programs, with a focus on procedures, doctrine, and equipment. All jumpmasters were retrained and sent back to their units to re-qualify all jumpers and the Military Freefall Working Group was established to review lessons learned from these incidents.

According to Military Times’ review of the accident investigations involving special operations personnel, training shortfalls, a lapse in jump qualifications, and a number of accidents were at least partially attributed to overconfidence on the part of the jumpers or trainers.

“To that end, the spike in deaths has raised the question of whether there is a cultural problem inside some parts of Special Operations Command, and whether its fraternity of elite warriors fostered a complacency that undermined safety,” write Military Times’ David Larter and Meghann Myers.

However, the SOCOM-wide review in 2015 does appear to have had a positive impact, with one jump death reported in 2016, notes Military Times.