After sending “the generals” scurrying for months to provide him with a strategy for victory in Afghanistan, President Donald Trump... 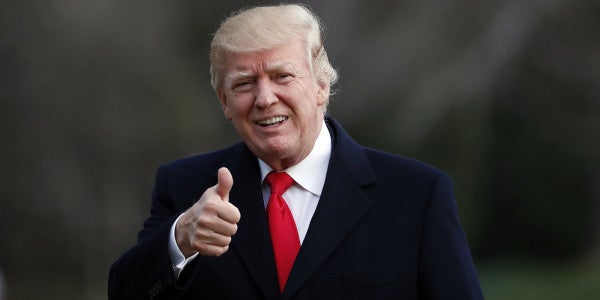 After sending “the generals” scurrying for months to provide him with a strategy for victory in Afghanistan, President Donald Trump is considering another option this morning. Call it the Cartman Strategy: Screw you guys, I’m going home.

A month after Trump gave his defense secretary authority to raise troop levels in Afghanistan, The Wall Street Journal’s Dion Nissenbaum got a peek at the very different internal deliberations from White House insiders July 31:

Unable to agree on a plan to send up to 3,900 more American forces to help turn back Taliban advances in Afghanistan, the White House is taking a new look at what would happen if the U.S. decided to scale back its military presence instead, according to current and former Trump administration officials.

“It’s a macro question as to whether the U.S., this administration, and this president are committed to staying,” one senior administration official said. “It doesn’t work unless we are there for a long time, and if we don’t have the appetite to be there a long time, we should just leave. It’s an unanswered question.”

The news came as ISIS took credit for an orchestrated attack on the Iraqi embassy in Kabul that roiled the Afghan capital Monday morning. It also came on the heels of a months-long strategy review within the White House that reportedly culminated in a “shitshow” meeting two weeks ago, in which Trump nixed a proposal to expand the U.S. troop presence on the ground.

An Afghanistan withdrawal could also represent a golden financial opportunity for at least one well-positioned friend of the president: Blackwater founder and military contracting maven Erik Prince. Earlier in July, the New York Times reported that Stephen Bannon, the ultranationalist former Breitbart CEO and a presidential adviser, tried unsuccessfully to push Prince’s plan for privatizing the Afghanistan war onto Mattis.

Related: This Afghan War Plan By The Guy Who Founded Blackwater Should Scare The Hell Out Of You »

That plan, which basically would appoint a colonial “viceroy” to “quickly replace most U.S. troops with contractors who would help carry out airstrikes,” hasn’t been taken seriously by McMaster or Mattis. One senior military official who spoke with WSJ called withdrawal from Afghanistan a “low minority view,” adding that it was a bad idea “because it doesn’t address the primary concerns of getting to a point where Afghanistan is able to secure itself.”

But WSJ also reports that Prince — the brother of Education Secretary Betsy DeVos and a minor player in the pre-inauguration Russia-Trump conspiracy theories — now has an opening to lobby the president.

What Trump actually wants in Afghanistan, besides gratitude from the American electorate, is anyone’s guess. The night of his inauguration, he told a group of Afghanistan soldiers via video link to “keep fighting. We're going to win. We're going to win. I have your back.” After U.S. forces dropped their largest conventional munition, the Massive Ordnance Air Blast, on an ISIS position in Afghanistan in April, Trump bragged that he was stepping up the U.S. war effort there. “If you compare the last eight weeks to what's happened over the last eight years, big difference,” he said. As a presidential candidate, Trump also agreed with Bill O’Reilly that the U.S. needed to keep at least 10,000 troops in Afghanistan — 8,400 are currently there — and called President Obama “the founder of ISIS” because of “the way he got out of Iraq.”

But as a private citizen, Trump often appeared to advocate a total troop pullout, saying in 2011 that “we are wasting lives and money in Iraq and Afghanistan.”

“We have wasted an enormous amount of blood and treasure in Afghanistan,” the president-to-be again tweeted in 2013. “Their government has zero appreciation. Let's get out!”