Across the military, service members often squabble over which branch is best, smartest, strongest, dumbest, laziest, fattest, and fittest. It’s... 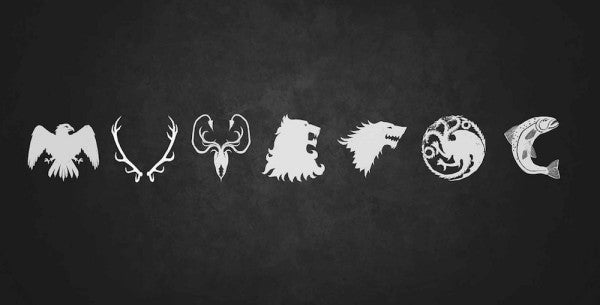 House Lannister is the richest and most regal of all the houses, much as the Air Force are referred to as pretty flyboys. The Air Force and the Lannisters have the best combat gear, the finest equipment, and even though everyone likes to shame them, they know they’d never win wars without them. The Lannister sigil is a golden lion and their official motto is “Hear Me Roar,” and we think it’s comparable to the Air Force’s “Aim High … Fly-Fight-Win.”

A smaller house, known for its fiery passion and skill in warfare, the Targaryens are known historically as conquerors. Though House Targaryen has a history of liking brute force, it’s now under the watchful eye of a leader who is hoping to make it the most elite house in Westeros. Marines and Targaryens alike are prideful, and while they are known to produce legendary leaders like Gen. Jim Mattis and Daenerys respectively, other members can turn out a little crazy… like infantry Marines and the Mad King.