Even the Space Force has its own team. 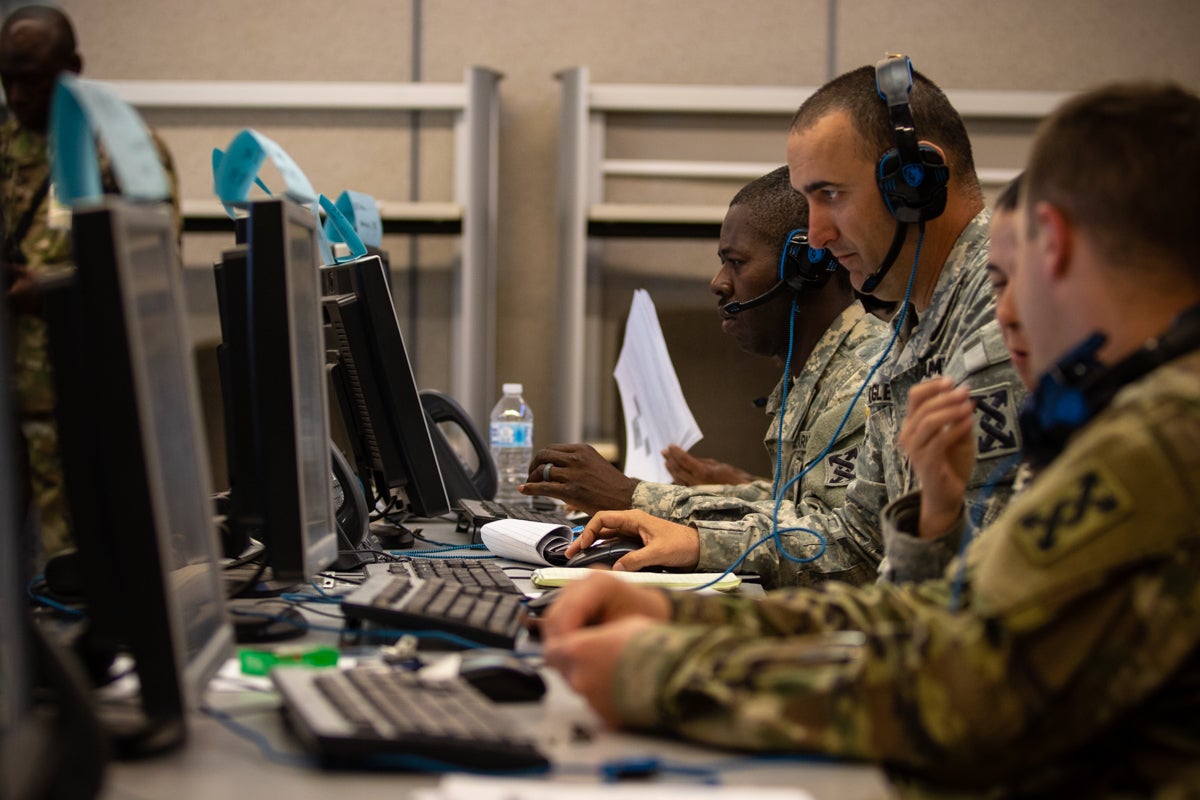 Time to drop the pig skin and pick up the sticks instead.

For the first time ever American and British military personnel will be duking it out in an official esports tournament in which every branch with the exception of the Coast Guard (sorry, Coasties!) will be vying for first place in this year’s Call of Duty Endowment Bowl on Dec. 11.

And yes, that’s one day before the Army-Navy game this year, but for those who prefer esports to football — watching a bunch of active-duty troops land headshots and hipfire kills while spewing out jargon over their mics at the cyclic rate might be more your speed.

Esports teams from the U.S. Army, Navy, Air Force, Marine Corps, and even the Space Force will be joined by those from the British Army, Royal Navy, and Royal Air Force. Each group will be captained by a popular Call of Duty streamer who will train them up and pass along some tricks of their trade. Hopefully, they’ll do it while impersonating a very disgruntled NCO: Listen here you dumb boots. I want you running drop-shot drills until your fingers swell. Then I want you to run 50 more!

The CODE Bowl will be broadcast live on Call of Duty’s YouTube and Twitch channels when it kicks off on 10 a.m. Pacific on Dec. 11.

“We are proud to have the United States and the United Kingdom militaries come together to participate in the CODE Bowl,” said Dan Goldenberg, the executive director of the Call of Duty Endowment. “This will be the first time all military branches have come together for a spirited esports competition with the added bonus of raising awareness for veteran employment and we couldn’t be more excited to partner with USAA to make this happen.”

This marks the second CODE Bowl put on by the Call of Duty Endowment, a veterans nonprofit supported by Activision Blizzard which aims to get 100,000 veterans jobs by 2024. This year’s competition is presented by USAA.

“CODE Bowl is a premiere gaming event made even more impactful by the work of the Endowment to help place veterans into careers following their military service,” said USAA Chief Brand Officer Tony Wells, who was an infantry officer in the US Marines. “USAA is proud to support CODE Bowl and expand our involvement in esports as a way to celebrate military members and veterans and help them connect with each other through games they love.”

Given the financial impact of the ongoing novel coronavirus (COVID-19) pandemic the Endowment saw a 30% increase in demand for job placements from veterans in 2020, Goldenberg told Task & Purpose, adding that this year the organization has helped place some 11,000 veterans in jobs — at an average cost of $499.

And if the Call of Duty Endowment sounds familiar, then it’s probably because you’ve seen the weapon and operator packs that can be purchased from the in-game store, like this one featuring a real-life Green Beret, or this one which was inspired by Medal of Honor recipient Florent Groberg. Because the cost of marketing and creating the packs comes out of Activision Blizzard’s pocket, the proceeds from those sales go directly toward the Endowment’s hiring efforts, Goldenberg told Task & Purpose.

Aside from being for a good cause — and it’s hard to argue against getting fellow veterans gainful employment, especially during an upswing in unemployment — I for one can’t wait to see who ends up winning the tournament.

It’s an interesting concept, pitting teams from all the branches against one another, and then adding in British Armed Forces as well. Will the Army and Marines’ focus on ground combat tactics carry over to in-game play, or will the Air Force’s reputation as the “chair force’ mean they have a bunch of ringers on their team? Do the Brits play first-person shooters differently, like the gamer equivalent of being a southpaw? And what about the military’s newest branch? If there’s one dark horse contestant in this tournament, it’s the Space Force.

With time perhaps esports competitions like this one might end up generating the kind of inner-service rivalry that makes the Army-Navy football game such a tradition. If that happens, you just know that the in-game trash talk between servicemembers will be excellent. Hell, that might be reason enough to tune in.