Calling all gamers: the Army’s Esports team is ready for its close-up 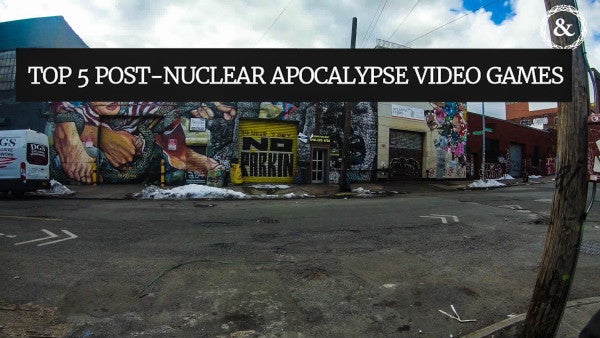 VIDEO: The top 5 games where you get nuked.
SHARE

For the first time, the Army brass and defense industry folks descending on Washington, D.C. for the annual Association of the U.S. Army conference will be joined by the Army’s latest pride and joy — it’s team of professional gamers.

Yes, the Army really has that.

The U.S. Army Esports team has become the darling of Army recruiting as the service goes all-in on meeting the youths where they’re at: the digital space.

In 2018, Army Recruiting Command (USAREC) put out a request asking active duty and reserve soldiers to come put their gaming skills to the test and try out for the Esports team.

While thousands of soldiers gave it their all, only 16 were ultimately selected as competitive gamers and assigned to the Marking and Engagement Brigade at Fort Knox for three years of “constant competitive training, recruiting engagements and interaction with the public on a daily basis,” the Army said in its 2018 release.

Those 16 team members all have different stories as to how they came into gaming. Army Sgt. 1st Class Christopher Jones — who told Task & Purpose that he’s essentially the general manager for the Army Esports team — said that some grew up with gaming; others got more into it after joining the Army because they were in control of their own budgets and factored in the newest gaming systems; one player was even a semi-professional Halo player before he joined the Army.

And while the team members themselves aren’t recruiters, they hope to spark an interest in the Army in people who are already engaged in the Esports world. Jones said that the team has been able to show a new audience “the human element, beneath the uniform.

“Everybody assumes that we’re all exactly the same — robotic, or something like that,” Jones said. “This tells the human element, it shows that we have passions just like everybody else. We just have a different profession.”

It’s no surprise why the Army decided to jump on the bandwagon for an industry growing in the way that Esports is. In February, Reuters reported that Esports revenue around the world would hit $1.1 billion in 2019, a 27% increase from 2018. In North America alone, the generated revenue was expected to hit $409 million, more than any other region in the world.

The total Esports audience is expected to reach 454 million people, per Reuters.

And the Army has already begun leaning heavily into the digital space, making it a priority for recruiting efforts.

Maj. Gen. Frank Muth, the head of USAREC, told reporters at a roundtable in September that at Esports tournaments around the country, approximately 80,000 people are on the floor of the tournament at any one time. And that’s not including the people who are tuning in through various social media platforms, like Twitch, a live-streaming video platform.

Muth told reporters that studies have shown that of their target audience of 17- to 24-year olds, around half of them are “on some type of egaming.” He said that typically, an Army event yields around 350 leads from potential recruits. But one Esports event brought in about “900 really good quality leads.”

“We think that Esports and the digital plane is going to become the number one lead generator,” Muth said.

He also bragged on the Army’s Esports trailer, saying there’s “nothing that exists in the United States that’s like it.”

And it is certainly something to see.

Inside the Army Esports trailer(Facebook photo)

Task & Purpose went to check out the trailer in-person on October 11, at the service’s first-ever ArmyCon. On the inside, eight seats, complete with a gaming PC, an Xbox 1S, a PS4 Pro, and a Nintendo Switch. It’s almost completely dark except for some neon green lighting. Jones told Task & Purpose that it can be adjusted for all eight players to be on the same game, or for each to be playing their own.

The opportunity for gaming is abundant, to say the least.

On the outside, four flat-screen TVs projecting the gaming that’s happening in real time from four of the seats inside. Jones said that along with the competitive gamers, he brought on people in charge of production, social media, and commentary.

“We’re kind of our own ecosystem,” Jones said.

That ecosystem can travel to major high school or college events, festivities like ArmyCon, and more. It was debuted at the Salt Lake Gaming Con in Salt Lake City, Utah — a major gaming convention. And while interested spectators were waiting in line to get a closer look, local recruiters and Esports team members worked the crowd, explaining the Army mission and the upsides to serving.

Aside from the practical mission that the Esports team has set out to accomplish, another hope is that they’re able to get rid of preconceived notions about who can and can’t be a U.S. soldier — and a successful gamer.

“All of these soldiers are successful soldiers,” Jones said. “And that’s telling everyone out there that may have assumptions on either side — whether you’re a gamer and people assume you live in your mom’s basement, or the other side saying well gamers can’t do this — we can prove them both wrong. Not only can you be a gamer and be in the Army, you can absolutely excel at it.”