"I bring this to your attention because of the brand reputation issue." 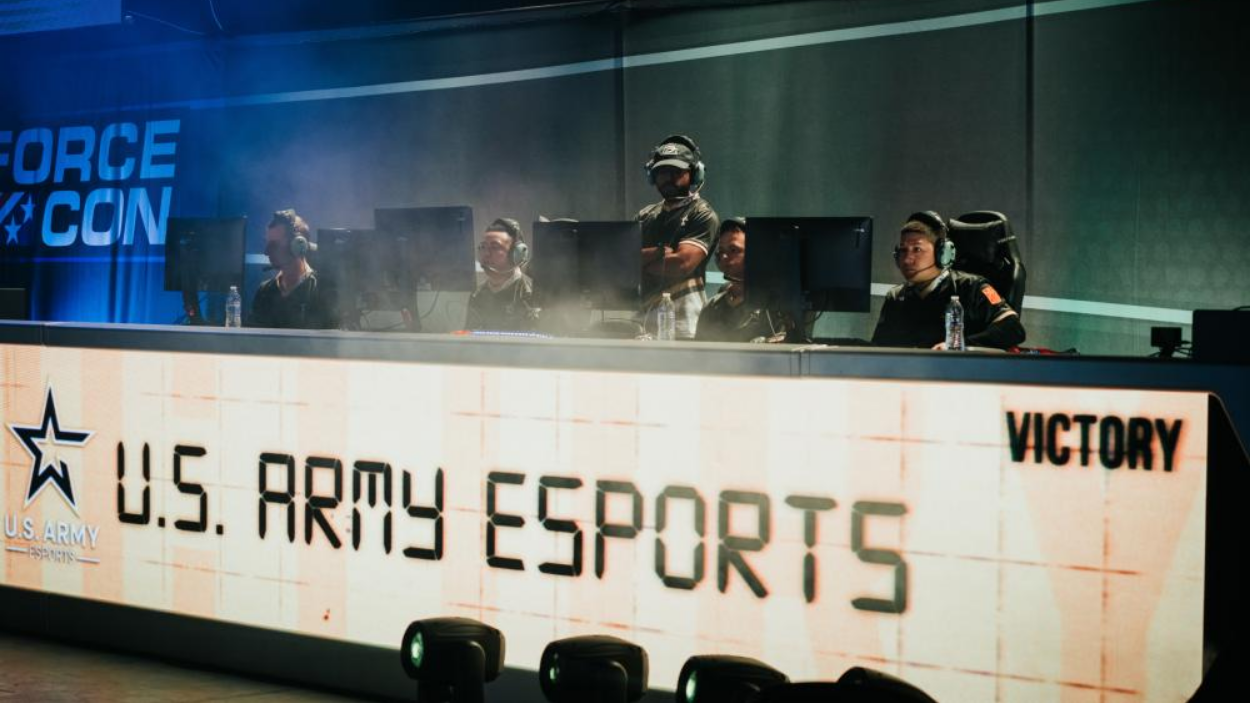 The U.S. Army esports team at an inter-service championship in May 2022. (U.S. Army).
SHARE

The U.S. Army backed out of a major marketing deal last year with Call of Duty publisher Activision Blizzard after the company was hit with sexual assault and discrimination lawsuits, according to internal Army documents. The move came two weeks before an esports tournament the Army was set to sponsor, and was part of a planned multi-million dollar advertising effort in the video game world by the Army.

Vice’s Motherboard acquired internal documents showing the Army’s relationship with Activision Blizzard. The service had allocated millions of dollars to sponsor esports tournaments, video game influencers on Twitch and other brands, mainly through the Call of Duty video game series. That was through a $750,000 sponsorship deal with the Call of Duty League esports tournament. However, two weeks before a tournament the Army was set to sponsor, Ignatios Mavridis, the Army’s Deputy Chief Marketing officer, emailed others to cease the partnership, out of concern for for the Army’s “brand” as Activision Blizzard was hit with a series of lawsuits over sexual harassment and gender discrimination at the company.

“At this time, we intend to ‘pause all activities’ immediately with Activision due to serious allegations of sexual harassment at their workplace, and also recommended tha the Marketing Engagement Brigade not send their eSports team to the tournament,” the August 2021 email said, per Motherboard. “I bring this to your attention because of the brand reputation issue.”

California regulators sued Activision Blizzard in July 2021 over ongoing discrimination against women at the company.

The issues at Activision Blizzard came as the Army itself was dealing with negative news about ongoing sexual assault and harassment issues within its ranks. In 2021, the Army saw a serious increase in reported sexual assaults, up 26 percent over the previous year. Secretary of the Army Christine Wormuth has said that issues like sexual assault have hurt the Army’s public image and made it harder to bring in new recruits.

The internal documents Motherboard obtained also highlight how the Army intended to use video games to present a favorable image of itself to younger people from Generation Z, specifically with women and Black and Latino Americans.. The Army aimed to spend millions for campaigns with Twitch influencers to boost “Army values and opportunities” among gamers. Call of Duty was central to that push, given the series’ popularity. For instance, people who watched ads for the Army on a mobile game could get in-game currency as a perk. The plan wasn’t limited to just video games, but related media elements, like the live-action Halo television show and the WWE.

It’s not clear how much the Army spent on these various efforts in 2021 before halting coordination.

The Army, as with the rest of the military, has been struggling to reach Gen Z and boost recruitment. In October, the Army fell short of its recruiting goal of 60,000 new soldiers by several thousand.

Despite the Pentagon dismissing Gen Z as the “Nintendo generation,” the military has had a long relationship with the Call of Duty video game series. Most recently Space Force, the reigning champion of a military-only Call of Duty tournament, sent its trophy to space. On a wider level, the different branches of the armed forces have gone into esports to try and boost enlistment from younger Americans. Past efforts on Twitch have been marred by controversy as well, including banning people who brought up war crimes.