The Air Force beat the Army's team in the final round of the Halo: Infinite tournament. 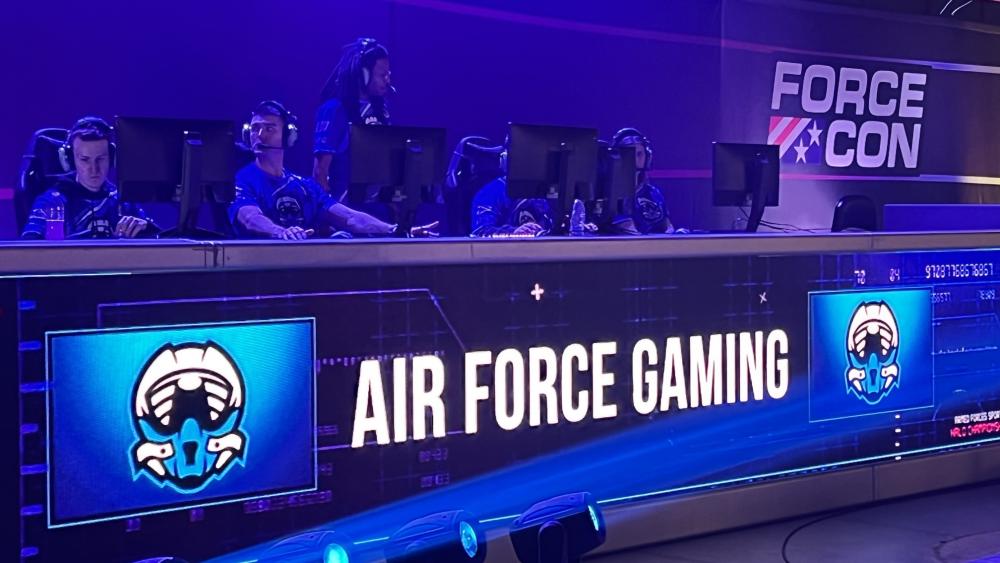 The military has its battle royale champion. Late last month all six branches of the Armed Forces fought it out in the first ever Department of Defense Armed Forces Esports Championship. Each branch of the armed forces contributed their own team of gamers to compete over two days. The game of choice to decide which part of the military was the top gaming branch? Halo: Infinite. And even though Master Chief and the Spartan super-soldiers are fighting on various alien planets or space, the winning branch wasn’t the Marine Corps or Space Force, but rather the Air Force.

The tournament was held May 28-29 in San Antonio, TX, as part of FORCECON 22, a technology and military convention put on by ASM Global, the U.S. Air Force and Port San Antonio. Teams were made up of the special gaming operators of each branch. After two days, the final round was between the Air Force and Army’s respective teams, with the former winning.

“This win means more for esports as a whole than it does for me, obviously it means a lot to me, but for esports this is the first federally recognized event,” Senior Airman Cole Schlegel, part of the Air Force’s gaming team said in a statement after the event. “So we are the roots, this is definitely going down in the history books. This is awesome to be a part of.”

The Pentagon has a complex recent history with gaming. On one hand, it has criticized Generation Z for poor fitness brought on by a sedentary lifestyle of playing video games. The February 2022 report even called Gen Z “the Nintendo Generation.” On the other hand, the Pentagon said that games such as first-person shooters like the Halo games can make troops more combat ready. And, the Department of Defense has realized that so many service members already are gamers, and is trying to capitalize on the esports market. While the FORCECON 22 event was the first official interservice gaming tournament, the military has fielded its teams in gaming combat before. In 2020, the different branches (minus the Coast Guard) took part in a Call of Duty tournament with troops from the United Kingdom.

A Halo tournament is not the annual Army-Navy college football game in terms of excitement or storied history, but with video games being immensely popular and the success of this inaugural event, it’s likely we’ll see the Armed Forces going head to head again for bragging rights. But for now the Air Force can boast that it won the first ever official championship between branches.