The Taliban drove his family out of Afghanistan when he was a child. Now he wants to go back as a Marine

23 years ago, the Taliban drove Pvt. Atiqullah Assadi and his family from their home in Afghanistan. Now, he's a United States Marine, and he intends to go back. 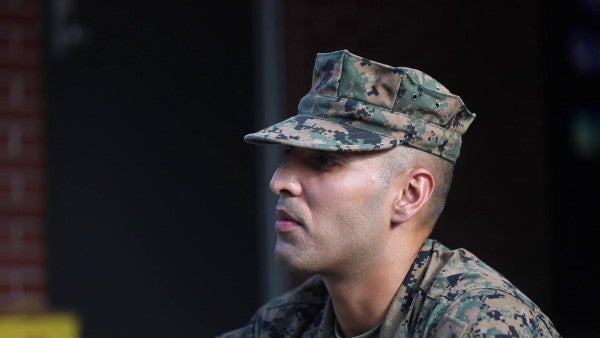 There's no one path to military service. For some, it's a lifelong goal, for others, it's a choice made in an instant.

For 27-year-old Marine Pvt. Atiqullah Assadi, who graduated from Marine Corps bootcamp on July 12, the decision to enlist was the culmination of a journey that began when he and his family were forced to flee their home in Afghanistan.

The son of a wealthy banker at the time the Taliban came to power, Assadi was four years old when his father sent his mother and sisters to live with their relatives in a remote village, Warrant Officer Bobby Yarborough, a spokesman with Marine Corps Recruit Depot Parris Island, told Task & Purpose.

“I would love to return,” Assadi said in a recent Marine Corps video by Cpl. Daniel Lobo. “It's beautiful there. It reminds me of Colorado and Washington, other than the parts, where unfortunately extremism and the terrorists, you know, took over. People started getting scared, and tried to leave home. I remember that very vividly”

“I remember being woken up by masked men,” Assadi said in the video, as it cuts between his interview and shots of him during boot camp at Parris Island, South Carolina.

He was tied to a tree while the Taliban demanded ransom for his father's release, according to the Marine Corps statement.

Assadi and his family were moved to a makeshift jail, but managed to escape. They made their way to Islamabad, Pakistan, where they faced ethnic persecution, before they were granted refugee status by the United Nations. When Assadi was nine, his family arrived in the United States.

“My mom and dad always said that we should always be thankful in this country because we have everything,” Assadi, who enlisted out of Detroit, said in the video. A lot of people, they don't have this, especially back home, people living in the mountains they have to travel days and days just to get to a clinic.”

“I decided I want to serve,” he continued.

After graduating college as a medical assistant, Assadi signed on as a contractor with the Defense Department and returned to Afghanistan as an intelligence analyst, and served there between 2011 and 2013.

But that wasn't enough for him.

On Nov. 30, 2018, he enlisted in the Marine Corps after hearing a radio broadcast about American troops killed in Afghanistan. Earlier this month, Assadi graduated recruit training with a contract for reconnaissance, and will be heading off to either the Marine Corps' East or West Infantry Training Battalions, before moving on to the Basic Reconnaissance Course.