Just relax and let the Little Birds do their work. 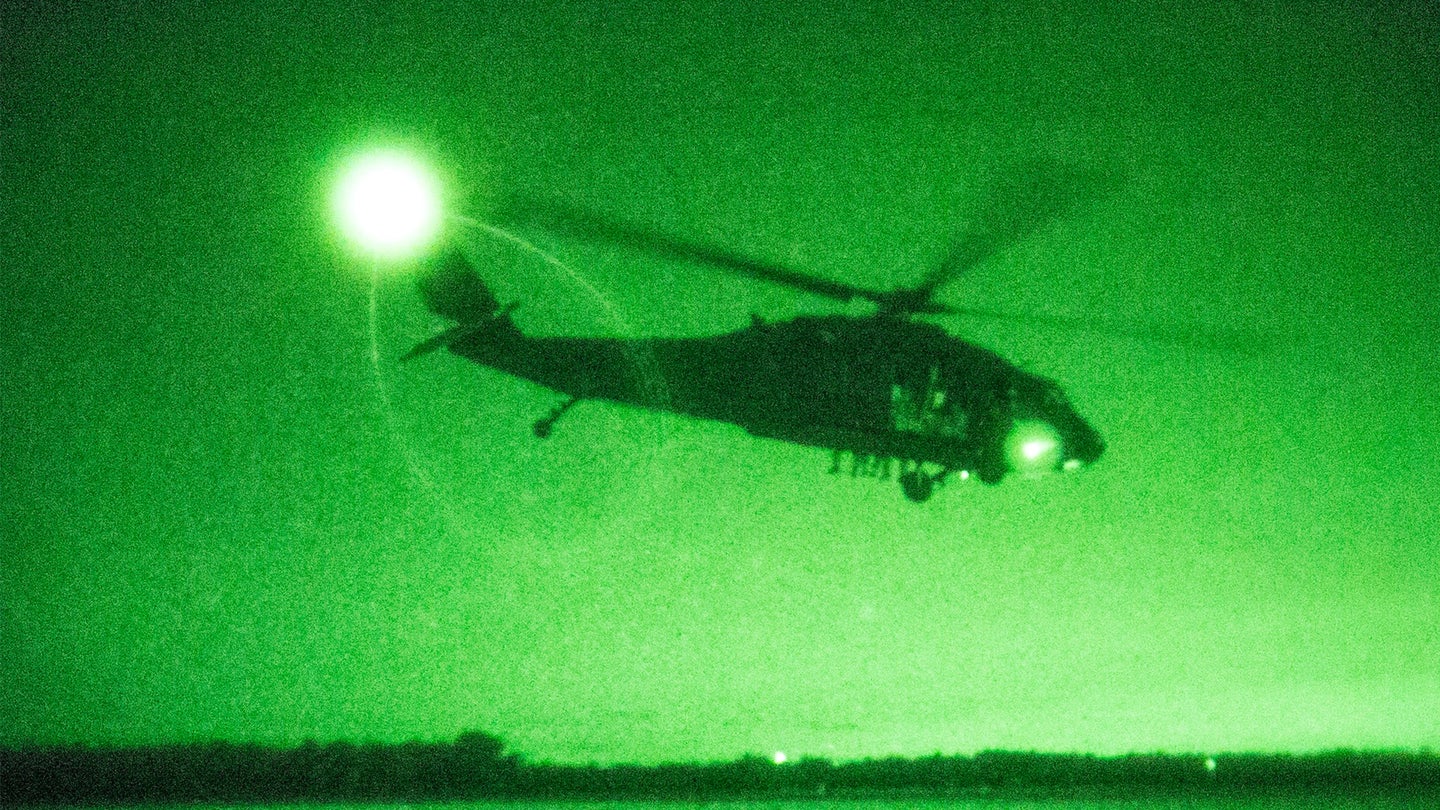 This week, the mock battleground is apparently San Antonio, Texas, where U.S. Army Special Operations Command is conducting a training exercise in the city’s downtown area that began Monday evening.

According to a release from the San Antonio Police Department, which went out on Sunday evening, it consists of “air and ground mobility operations and close-quarter combat training to enhance soldiers’ skills by operating in a realistic environment.”

Residents were advised that they may “hear low-flying helicopters, simulated gunfire and controlled explosions during periods of darkness.”

Of course, not everyone is attentive to the San Antonio Police Department Facebook page, which means at least a few residents were left surprised by at least eight special operations helicopters flying low over the city and circling the Alamodome stadium.

The San Antonio Express-News reported sightings of four UH-60 Blackhawks and four MH-6M Little Bird helicopters, both of which are used by the Army’s 160th Special Operations Aviation Regiment.

The paper reported that some of the helicopters briefly landed on the city’s east side before heading to the Alamodome, where explosions and gunshots were reported.

A spokesman for Special Operations Command told the Express-News that the exercises, which involve around 100 personnel, will be carried out in San Antonio from around 6:00 p.m. until 3:00 a.m. until this Friday.

While notice went out Sunday evening and the local police department was aware of the event for months, at least a few local residents and politicians were left unaware.

“Of course I would have liked to hear about it sooner,” said San Antonio District 1 councilman Mario Bravo, who told the Express-News that he learned about the training exercise on the news a day in advance. “To me, it makes a lot of sense that we would have given much more advanced notice.”

The paper also reported that flyers were posted in certain San Antonio neighborhoods, although they apparently didn’t contain any contact information.

Of course, this isn’t the first time that your average civilian has been left baffled by the sudden appearance of military aircraft and personnel in their backyard. In 2019, U.S. Army Special Operations Command conducted an exercise near an abandoned motel in Raleigh, North Carolina that ended up being “‘louder and more disruptive to the nearby neighborhoods than the city anticipated’” as the city manager described it at the time. That same year, an Army exercise over the Dallas-Fort Worth area had dozens of local residents calling a local news station asking, you know, why so many military aircraft were flying over the city. And, of course, there was the evening in 2019 helicopters from the 160th flew through the streets of Downtown Los Angeles.

If you can remember all the way back to 2015, there was also, of course, the public freakout over Jade Helm 15, when special operations forces did not enact martial law, but rather just spent a week training in the Texas countryside.

According to the Express-News, the Army warned residents near the training sites in advance of the operation.

So, if you see any Blackhawks or Little Birds buzzing your house, just relax and be like this guy – shouting out “‘Merica!” at some cool Army training.